UMass has reported 321 cases of COVID-19 since August 6 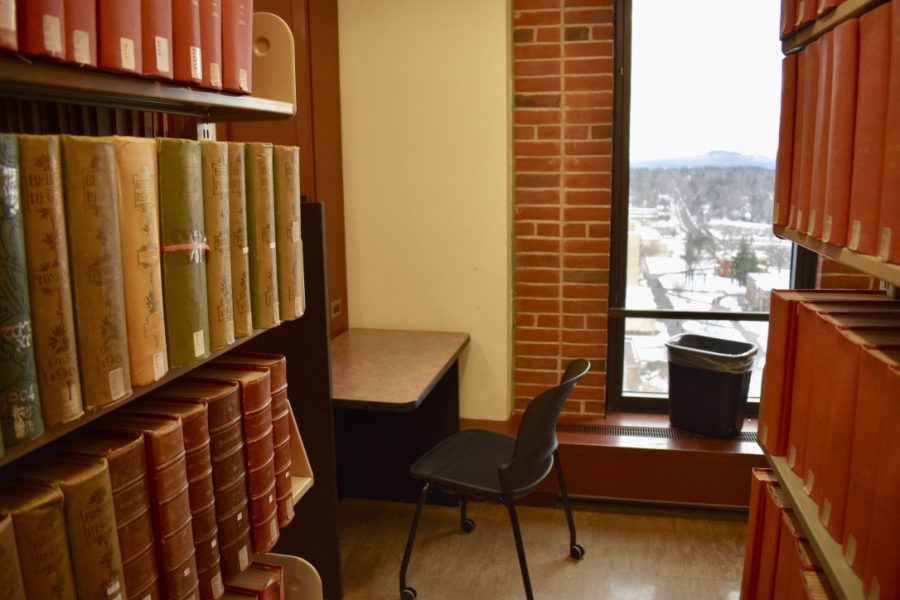 The dorm-room decorations Elizabeth Flandreau bought at the height of summer have yet to leave their boxes. The dog days came and went, and with them the promise of the first semester of her freshman year at UMass.

She never imagined then that a public health crisis would upend her intentions or that, three months later, she and her roommate would confront the unlikelihood of their first college move-in day.

“At one point, I looked at her and said ‘I feel like we shouldn’t be doing this, planning our shopping lists.’” Flandreau says it was then that it dawned on her: “I don’t think I’m going to school.”

Despite the abrupt transition to remote learning in the spring, for many college students the beginning of the fall semester brought new awareness of the far-reaching ramifications of the pandemic– and the end, which comes amidst heightened fears of more stringent Coronavirus restrictions with cases surpassing 11 million, even more so.

UMass has reported 321 cases of COVID-19 since August 6, the first date of asymptomatic testing, and the campus’s cumulative positivity rate holds steady at 0.22%. On-campus residents and off-campus residents with face-to-face classes must be tested twice a week, and testing centers have performed more than 140,000 tests to date.

Like Flandreau, college students at UMass Amherst, many of whom expected nothing more than a two-week extension of spring break at the onset of remote learning, were thrust into a purgatory of uncertainty commandeered by a novel contagion.

Halted at the impasse between the guidance of epidemiologists— stay indoors, limit contact— and the clamoring of reopening advocates, Flandreu says both her physical and mental health suffered. “Worrying about my physical health made my mental health worsen,” says Flandreau, “I got really, really afraid. I didn’t go outside for three months.”

The sense of mutually assured deterioration resonates across the board. Jesse Kolodkin, a senior journalism student at UMass, says the end of his mandatory two-week quarantine felt like “death by freedom. You’re finally allowed to do things, but also know that you shouldn’t do them,” he said.

Kolodkin, whose off-campus lease began in June after he had temporarily returned to England to visit family and attend his sister’s high school graduation, self-isolated for fourteen days before his roommates’ arrival.

Menial tasks took on new importance. He relied on a neighbor’s WiFi connection, and a cousin brought groceries to his doorstep each week.

“I don’t want to say I was depressed, because that is actually a clinical term, but I had a depressed attitude,” Kolodkin said, pointing to an extensive list of finished job applications, a task he undertook with ambivalence before his stint in confinement.

“I would apply for like fifteen jobs a day. It was the first time I’ve ever looked forward to doing the dishes because it gave structure to my day.”

Megan Kelly, a psychology minor, anticipated that the emotional toll of the pandemic would overwhelm many students. She said that “environmental stressors related to COVID-19, such as illness, loss of a job, loss of a loved one, isolation due to quarantine, and other factors can result in a huge range of emotions that varies depending on the individual.”

Kelly entered dentistry following her spring graduation, a field that tops the list of occupations most susceptible to coronavirus infection. A New York Times diagram released in March shows health care workers— nurses, home health aides, paramedics and dentists— at greatest risk, as they “encounter diseases and infections daily and typically work in close proximity to one another and their patients.”

Jobs are a critical pain point for college students.

Living under their parents’ roofs for the first time in months or even years, many have witnessed the effects of the financial crisis firsthand, watching furloughed family members apply to receive unemployment benefits or visit food pantries for the first time in their lives. Many remember the 2008 recession but were too young to understand the widespread scarcity of housing and employment.

Kelly, whose family faced job loss during the pandemic, finally understood the intimate consequences of financial collapse as they began to strain her home life. She sid that relatives projected their stress onto her “without even realizing it,” and that she “wasn’t surprised by the emergence of anxiety within [herself] either.”

The absence of connection, however, can be just as emotionally taxing as cohabitating with struggling family members. “We need that companionship to share in our joy and face difficult circumstances with,” Kelly said, reminding college students who feel deprived of social interaction that “feeling anxious or depressed is not necessarily something you can always control.”

Still, there are ways to circumvent depression and steward your mental health. She suggests drawing, painting, music, going for walks and yoga.

Recalling his time in quarantine spent playing Call of Duty Warzone day in and day out, Kolodkin offers his own nugget of advice: disconnect. Monitor your technology use, and limit your news intake to curb that feeling of listlessness and ennui: “when you’re not mentally fortified, the news gives you a feeling that nothing is good.”

And, when all else seems lost, Kelly urges people to “remember that every difficult circumstance has an ending, even when you can’t see it yet.”