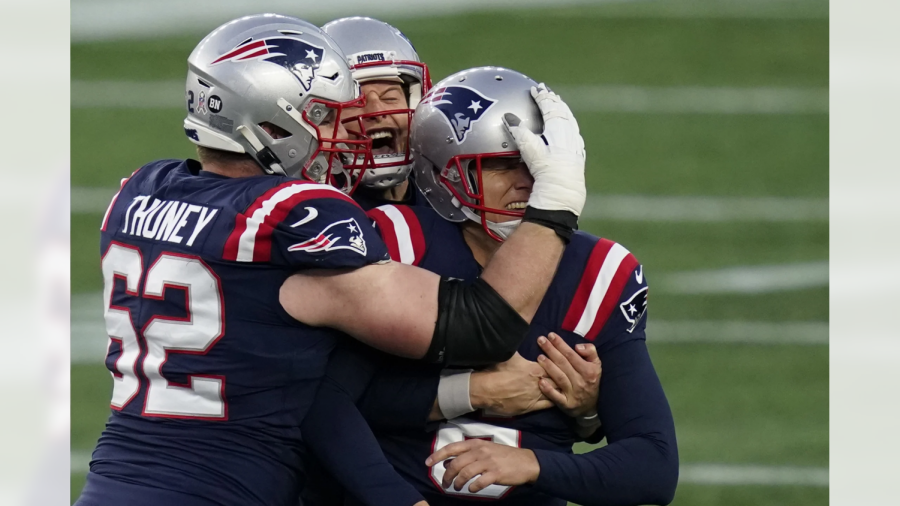 The 6-4 Arizona Cardinals traveled to an unseasonably warm Foxborough, MA to take on the 4-6 New England Patriots. Former Heisman Trophy winners and number one overall picks, Cam Newton and Kyler Murray went head-to-head for the first time on Sunday. Arizona was without future Hall of Fame receiver Larry Fitzgerald, while New England was missing offensive tackle Isaiah Wynn, who was replaced by Jermaine Eluemunor. Sony Michel was activated off injured reserve and split snaps with Damien Harris, but the latter is still viewed as the clear-cut RB1.

New England started the contest on offense, and Harris was stuffed at the line of scrimmage on his first rush of the game. In a third and six situation, the Cardinals came with the blitz, and Newton was intercepted by linebacker Markus Golden off a swatted pass, and Arizona received the ball deep in New England territory. Newton’s first turnover in his last three games comes on the Patriot’s third offensive snap.

Former UMass Amherst star turned Cardinals receiver, Andy Isabella, took a short pass and scampered upfield for a gain of 19-yards to set up Kenyan Drake’s 1-yard touchdown run. Arizona turned the turnover into points and jumped out to an early 7-0 lead in the first quarter.

Fresh off a monster game last week where he racked up 6 catches for a career-high 132-yards, Damiere Byrd dodged past defenders on a well-protected screen pass to move the chains on third and sixteen and keep the drive alive. This big play from the former Cardinal would not be enough to put New England on the board, as Newton took an untimely sack at the hands of Isaiah Simmons, another former UMass star, and New England was forced to punt away.

Deandre Hopkins got on the board with a jumping catch in heavy traffic and displayed the rapport he has established with Murray in his first year on his new team since being traded from the Texans.

Patriots’ defensive tackle Adam Butler broke free and landed a massive hit on Murray to set up the third and long. Murray slung it deep to Isabella who was able to catch the ball but failed to keep both feet in bounds, and Arizona was forced to settle for the 47-yard field goal and advance their lead to double digits.

Coming off the field goal, Donte Moncrief escaped from a couple of tackles on a 53-yard punt return and was finally brought down in Arizona territory. This gave New England much needed momentum as Newton then found Jakobi Meyers on the fly for a 13-yard pickup, who also drew a flag on Simmons for a helmet-to-helmet hit. Gunner Olszewski was stopped short of the first down on a pitch-play, making it fourth down in the red zone. Belichick gambled on fourth and two, and won big as James White took a shovel pass for the first down and a 7-yard touchdown. After being stagnant in the entirety of the first quarter, the New England offense found success early in the second quarter and trailed only 10-7 after the score.

New England’s defense finally started to show up, as well. Perhaps one of Murray’s most prime qualities is his ability to extend drives by escaping the pocket and running down the sidelines. The Patriots took away Lamar Jackson’s running option in Week 10 and contained his passing attack to get the huge win. Similarly, Belichick’s game plan this Sunday was to not allow Murray any running room, and succeeded in the first half, as he finished with a whopping minus 2-yards. New England successfully applied pressure on Murray throughout the first half, something they failed to do last week against Deshaun Watson.

In the final minutes before halftime, Arizona conducted a long drive and converted three third downs before reaching the red zone. On second and goal, Murray delivered a strike to KeeSean Johnson who pushed through tackles and reached the end zone. Originally ruled a touchdown, the points were taken off the scoreboard after a review of the play showed that Johnson’s knee hit the ground before reaching the end zone. Now on fourth and goal, Cardinals head coach Kliff Kingsbury decided it was his turn to roll the dice, and called on Drake to try and punch it in. This effort would be denied, and New England provided a huge defensive stand in a crucial moment to keep it a one-score game heading into the locker room.

Arizona received the ball to start the second half, and once again it was Butler making big plays to stuff the run. The Cardinals were forced to punt the ball away to Olszewski, who fantastically darted through defenders and took it all the way to the house for an 86-yard punt return. The game-changing score was nullified by a terrific block by Anfernee Jennings that special teamers dream about, which referees flagged for a blindside block. The inopportune penalty costed New England four points, as Newton overthrew Damiere Byrd on third and goal, and Nick Folk was called upon to sink the 22-yard field goal to tie the game at 10-10.

The Patriots defense turned their frustration into concentration, as Butler batted away a pass attempt from the 5’10” Murray, and safety Adrian Phillips leaped up and snagged it out of the air. Harris complimented the huge defensive play with a big play of his own, as he ripped off an 18-yard run after the turnover. White would be the one to send it home after taking the pitch and hitting the pylon for his second touchdown of the day. The 1-yard score would put New England out in front, 17-10.

Thanksgiving may be over, but Butler continued to feast on birds all game long, this time sacking Murray to coerce the three-and-out, and add on to his colossal day. The defense as a whole looked explosive after a troublesome first quarter, stuffing the run game completely and swallowing up receivers without allowing them any yards after the catch.

The Patriots’ offense came to a stand-still and failed to garner any yardage before sending the defense back on the field. The Cardinal’s offense chewed clock on an 80-yard, sixteen play drive that lasted eight minutes. They found themselves in a similar scenario on fourth down and five in New England territory, and although they could not convert, a holding penalty on Jason McCourty would give the drive new life. A second holding penalty was called on Stephon Gilmore and would set up another 1-yard touchdown from Drake to tie the game again at 17.

With the game on the line, Newton took to the field and began to move the chains. He connected with Meyers for gains of 17 and 8-yards, respectively. The drive would be stopped short after Dre Kirkpatrick picked off an underthrown ball intended for Byrd, and put Arizona in New England territory. The Patriots’ defensive line did not fold in their relentless pursuit to stop the run game, and stopped Murray and the Arizona offense from reaching the end zone. With a chance to gain the lead with under two minutes remaining, Cardinal’s kicker Zane Gonzalez missed the 45-yard attempt wide right. Operating out of their own 35-yard line, Newton was given one last opportunity to get in field goal position and win the game.

The start of the drive had Patriots’ fans in exasperation, as White was tackled for a loss, and Newton took a sack. Facing a third and thirteen scenario, Newton faked the handoff to White then raced to the first down marker, and drew a flag on a helmet-to-helmet hit by Simmons after breaking the plane, his second personal foul of the day. After running the ball to chew clock, Newton spiked the ball with three seconds remaining and gave Folk a chance to win the game. From 50-yards out, Folk nailed the field goal dead center at the buzzer, and New England walked away victorious.

It has felt almost as if every game this season has come down to the wire, where Newton is given one last ditch effort to win the game, and has fallen flat due to turnovers or missed opportunities. That seemed to be the case once more, but some excellent plays from the Patriots’ secondary allowed the offense to take the field again, and this time, it produced fulfilling results. Besides Folk, the real MVP was Butler, who recorded his first sack of the season, 5 total tackles and a pass batted away that resulted in an interception. After having minimal defensive presence last week, the Patriots’ defense applied pressure on Murray all game long, and forced him to deal damage from inside the pocket, and outside of his comfort zone. Besides the holding penalty, Gilmore played lights out, and looked like the Defensive Player of the Year he was last year. He held Hopkins to a limited target share, as he concluded the game with 5 catches for 55-yards — a pedestrian output for the pass-catchers standards.

Newton came up clutch in crunch time, but the stat sheet told a different story. His 84 passing-yards were a season-low, and he finished with multiple interceptions for the third time this season. His 5.1 average yards per rush were a team-high, but it was White who was the true hero, concluding the game with two rushing touchdowns. His urge to find the end zone made up for his lack of involvement in the passing game, where he had a minus 1-yard. Meanwhile, Meyers had 5 catches for 52-yards, and the majority of which were heavily contested. The Patriots will travel to Los Angeles to take on the 3-8 Chargers, and Rookie of the Year frontrunner Justin Herbert.