Dressed is in quotations because, yes, he wore a dress. 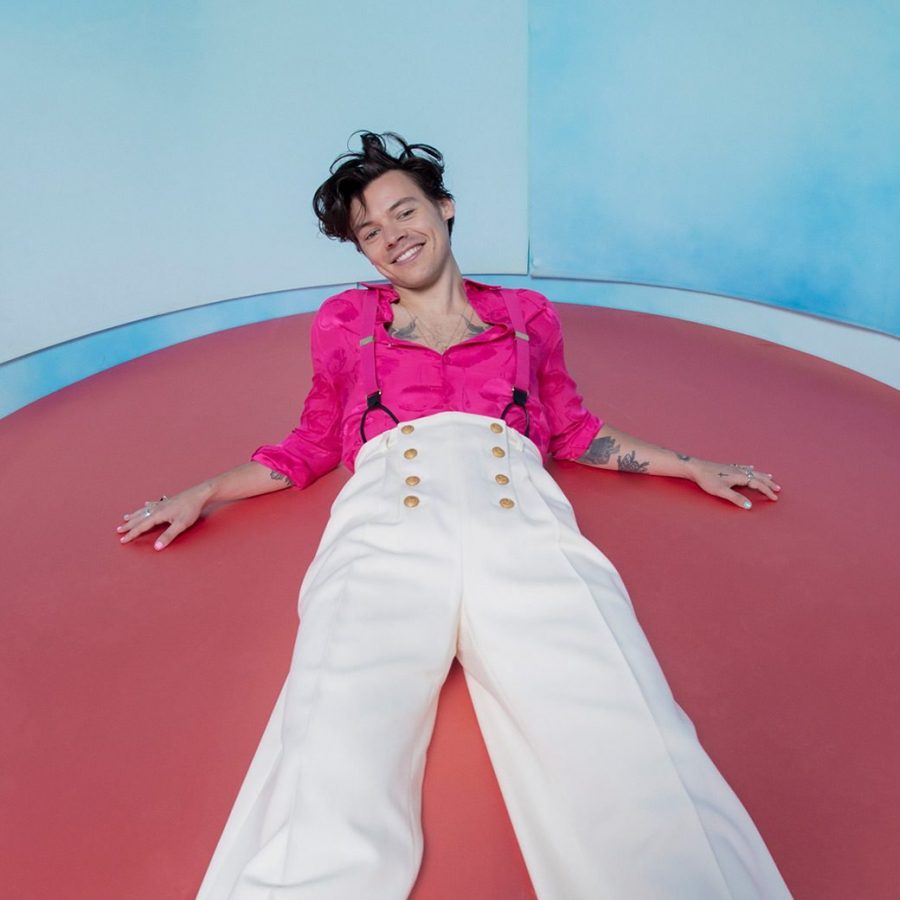 On Friday, Nov. 13, Harry Styles made history by appearing on the December issue of Vogue Magazine, becoming the first man to ever be featured solo on the American cover. This wasted no time in sparking controversy, as he was featured wearing a blue Gucci dress, along with other articles of clothing traditionally perceived as feminine.

Styles is certainly stepping out and provoking a conversation about what it means to be masculine and how we as a society correlate gender and dress, whether or not this was his intention. However, he’s definitely not the first to do so. Legendary musicians such as Freddie Mercury, Elton John, David Bowie and Prince have all had their fair share of gender non-conforming fashion moments, long before Styles.

As important and as bold as Styles’ fashion choices were, he is by no means the gender fluid icon. Throughout history, there have been a multitude of transgender or nonbinary people who have expressed themselves through clothing, and Styles isn’t necessarily revolutionary just because he’s more mainstream.

Read how the star is making and playing by his own rules: https://t.co/tQPLi5OEtj pic.twitter.com/AxZgxE68Rx

With that being said, I’m a massive fan of Styles, and I thought he looked beautiful in the dress. Unfortunately, the same cannot be said for some of America’s notable conservatives.

Candace Owens, an author and political commentator known for her right-wing views, had a lot to say about Styles’cover on Twitter. On Nov. 14, she took to social media to share her deep concern of how a man in a dress is a catastrophic event that will unknowingly bring doom to all of us. On her Instagram story, she urged her followers to question why men in Russia and China didn’t wear heels and dresses and to understand that everything produced by Hollywood embodies the sole purpose of weakening our “values.” Owens believes that Hollywood is “satanic,” and is part of a bigger plot to destroy society as we know it and to combat this, we must bring back “manly men.” The connections that Owens attempts to make are pretty far-fetched. I think a society that is so dogmatically devoted to the way gender is performed, that it will topple at the slightest variation in clothing, maybe wasn’t all that strong, to begin with.

I’m sure those statements can give you a taste of how she stands on many other issues. Two days later, she took to Twitter again to reveal that she believes women should assume the role of a caretaker for their husbands and that she enjoys taking on more feminine jobs within a relationship.

To clarify, there is absolutely nothing wrong with women wanting to be traditionally feminine, as I would argue that the value at the root of feminism, is choice. However, conflict arises when the word “should” is brought into the picture.

Owens was not alone in her perspective, as a fellow conservative political commentator, Ben Shapiro, also took issue with Styles’ wardrobe on Twitter posting a lengthy thread of tweets in regards to the Vogue cover. Personally, I fail to see the correlation between Harry Styles wearing a dress and the downfall of western society. We have plenty of other more pressing issues to cross off our to-do list before we get to the “problem” of men wearing anything other than a suit and deciding that maybe they like the color pink.

In the Vogue article accompanying the cover, Styles explains that he views clothing as a form of self-expression and creativity, and he’s enjoying watching the lines dividing what someone should or shouldn’t wear, begin to blur. Styles has revealed that he feels comfortable in a dress or more feminine clothing and that’s great. That’s his version of masculinity, that’s how he chooses to express himself. Additionally, maybe it doesn’t even have to be indicative of his “manliness,” and can just be seen for what it is: clothing.

My intention is not to generalize, but I feel that so often people act threatened when they encounter anything that may not fit into the confines of their definition of masculinity. If anyone takes anything away from this Vogue cover, I think it should be that masculinity can look like this, it doesn’t have to. Any individual can have their own idea or version of what it means to be masculine or feminine, and this isn’t a revolutionary thought. Our age-old societal norm that every person must strictly subscribe to one or the other is unnecessarily destructive and restrictive. There’s a great deal more to worry about in this world than men who might enjoy a dress.

Who cares, wear whatever you want.