The legacy of odd Trump imagery

Now that the Trump presidency has ended, it is time to reckon with the odd iconography that his candidacy engendered—and what it means for the future of our politics 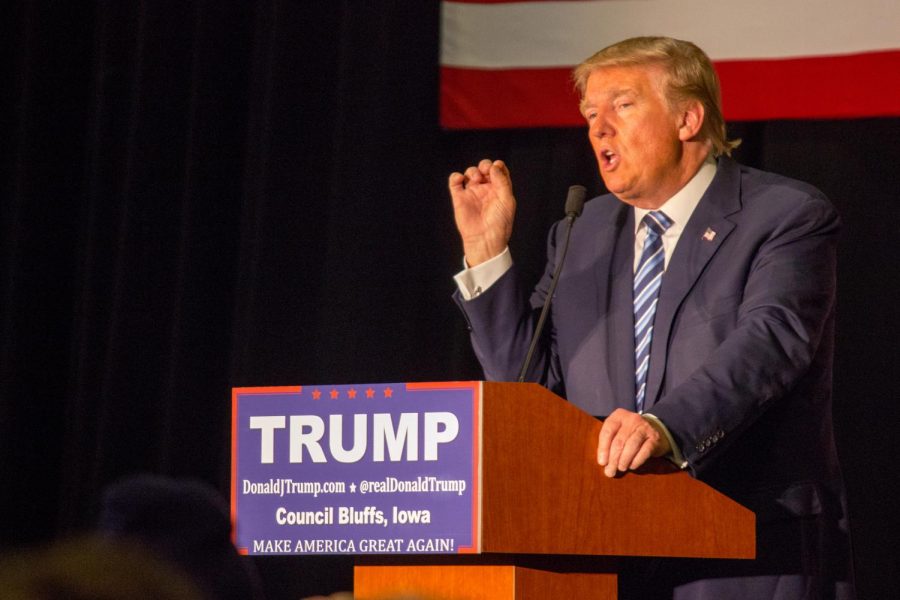 In spite of myriad attempts to subvert the results of the recent Presidential election, Donald Trump’s sole term in office came to an end on schedule, at noon on January 20th. Regardless of the outcome of his unprecedented second impeachment trial, and whether or not he is ultimately barred from further seeking office, the Trump presidency in its single term already exerted a remarkable amount of influence across the whole of American society. For as many judges as he appointed to the federal bench, and as deeply as his impact will be felt on the immigration systems, there is an odd visual component to his legacy that remains to be truly examined.

Visuals are very important to any movement, as they are the most immediately arresting of the senses that can be conveyed across a broad swath of media. While TV and radio ads can get bogged down with minutiae, a campaign poster, for example, has to stand on its own in a manner such that it immediately grabs a viewer’s attention. In the Internet age, however, the traditional campaign ad has been enhanced by Twitter videos, and the traditional campaign poster has largely been supplanted by the meme. And in the age of Donald Trump, the pro-Trump memes and placards became a bizarre form of outsider art.

Invariably, these images depict their subject, President Trump, in a positive light that has been exaggerated to comic proportions: particularly brave, or particularly strong, or particularly fit, or all of the above and more. These images, of course, bear no resemblance whatsoever to the man who actually occupied the White House for four years, but that has not dissuaded their proliferation at the hands of Trump’s supporters—or his family, or even the President himself, before he was jettisoned from all mainstream social media platforms earlier this month.

In one characteristic example, Mr. Trump is depicted on a battlefield, standing in a power pose, dressed head to toe like George Washington. One hand holds a minigun, while the other is held aloft, with a bald eagle sitting atop his forearm like a falconer’s perch. In actuality, this was simply a Call of Duty promotional poster onto which someone photoshopped the President’s face, but it became more prominent when it was shared on Instagram by the President’s oldest adult son. Another image that gained widespread attention featured an Army tank bedecked on all sides with “TRUMP” (including an inexplicable front-facing license plate), which the President stands atop triumphantly, resting a military-style assault rifle at his side. The sky is full of fireworks and a large explosion, a bald eagle fires a machine gun in flight, and the tank’s cannon reads “YOU’RE FIRED,” the President’s erstwhile Apprentice catchphrase.

Incidentally, this image was one of many decals featured on the van driven by Cesar Sayoc, the Trump superfan convicted of mailing over a dozen pipe bombs to Democratic politicians and liberal celebrities in 2018, at which point in time the artist who created the picture felt compelled to point out that he had initially intended for the over-the-top image to be interpreted as a joke.

Even the more prosaic examples are downright baffling: the day before Thanksgiving 2019, Trump tweeted a photoshop of his own head on Rocky Balboa’s body, with no caption or further explanation. Similarly, when thousands stormed the Capitol on January 6th, many waved flags featuring an image of Trump as John Rambo. Additionally, artist Jon McNaughton gained a large following during the Trump years by painting allegorical realist tableaus, of explicitly political subjects. Characteristic examples include “Expose the Truth,” in which Trump grabs then-Special Counsel Robert Mueller by the shirt collar and holds a magnifying glass to his face; “Crossing the Swamp,” a fairly blatant one-to-one imitation of the classic “Washington Crossing the Delaware,” though with President Trump at the front of a boat full of family members and Cabinet secretaries, crossing a swamp; and “All-American Trump,” a particularly baffling image of Trump in full Leatherheads football gear, sprinting down the field in a red “45” jersey while blue-uniformed players tumble down impotently behind him.

Of course, none of these bear even a passing resemblance to the actual man, who up until recently occupied the White House. Rather than being a fearless champion of forthrightness, Trump spent his final days in office flailing, trafficking in conspiracy theories and begging state officials to falsify results in his favor. Instead of staring danger in the face, he declined to attend the inauguration, even leaving town early so as not to encounter his successor. Depicting a man who famously struggled to descend a minor incline as akin to a pro athlete outrunning competitors, a notorious draft dodger as a fearless military man, speaks to something entirely different from the political cheerleading to which we’re accustomed. What explains this pathology, that compels everyday people with a preference for one political figure to visually mythologize that person so outlandishly?

“It’s a form of persuasive communication,” says Wendy Melillo, professor of journalism at American University and the author of How McGruff and the Crying Indian Changed America: A History of Iconic Ad Council Campaigns. “The goal is to persuade the viewer that the man in the image—in this case, Donald Trump—is wrapping himself in the American flag, so there’s patriotism; projecting strength, by using military-style vehicles and weapons; and it is this association with patriotism and power that are being projected to viewers. Regardless of reality, we are talking about the creation of an image, and the image is being used to persuade. … There’s a message that’s being communicated: ‘I am a strongman, I am a leader, you should follow me.”

Professor Melillo feels that this holds true even though the Trump camp did not create the images. “We have to remember that former President Trump was interested in having military parades,” she says. “There were actual news reports that were put out about that. So you then have the audience [Trump supporters] taking that and repurposing it, and generating cultural images, that are then being used to spread through social media, to continue to project this image that the strongman wants. … I don’t think it’s just the base doing this, I think this is something Donald Trump wanted very much to do, and there was real resistance to it. He loved the idea of the military parade because this is something that Russia does, this is something that North Korea does, and he identified with that, and his base identified with him, and therefore identified with that part of the image that he wanted to project.”

In this telling, the sycophantic imagery serves an explicitly symbiotic purpose: Mr. Trump clearly wishes himself an authoritarian in the style of a military dictator, and his most ardent supporters, picking up on the impulse, reflect it back at him in visual form. This is a distressingly plausible explanation: after all, Trump diehards took to “Lock her up” chants against Hillary Clinton in 2016 with little prompting; and in 2020, they reused the chant, adding “Lock him up,” to refer not only to Joe Biden and his private-citizen son but also Governor Gretchen Whitmer of Michigan , whose greatest crime seems to have been publicly disagreeing with the President about the necessity of lockdowns.

This portends potentially dire consequences for the future of American politics. Even if former President Trump is convicted in his Senate trial and barred from pursuing future federal office, and even if he lives out the rest of his post-presidency in quiet seclusion, the vocal segment of the population which showed itself prone to being radicalized by an apparent strongman will not go away. The over-the-top images are hilarious in their excessiveness, and they bear no resemblance whatsoever to the man they mythologized; but unfortunately, they may say even more about the people who design and share them.