Daily Collegian and WMUA 91.1 among first to move in 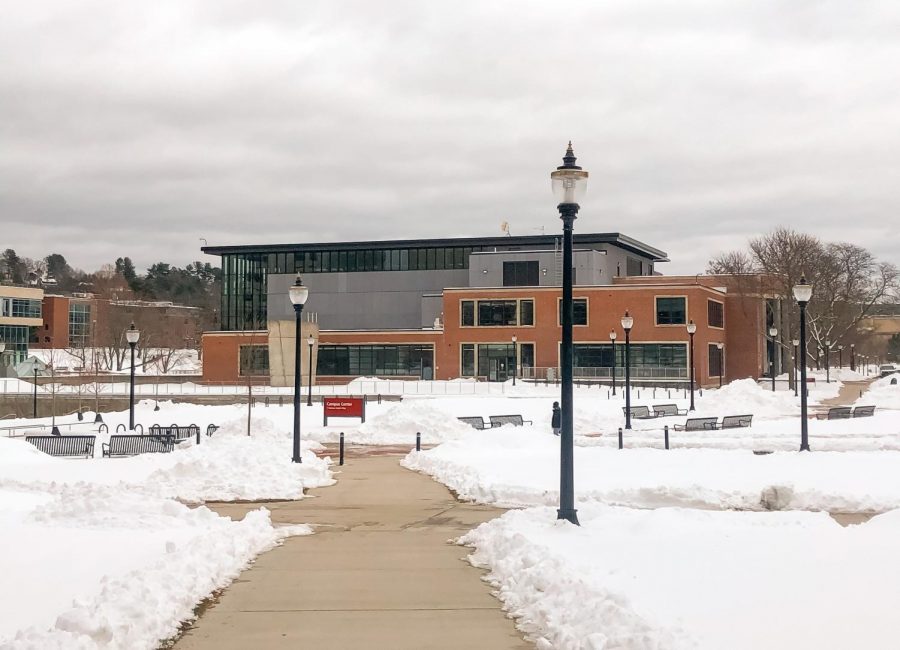 AMHERST – What once started as a massive renovation project during the spring 2019 semester is nearly complete: the UMass Amherst Student Union Building reopened this semester.

Originally scheduled to open during the fall 2020 semester, the Student Union Building project faced construction delays due to the COVID-19 pandemic, but some members of RSOs such as the WMUA 91.1, the university’s radio station, and The Massachusetts Daily Collegian were able to access the building since December to start their move in process.

The UMass community has some thoughts about the Student Union. WMUA Director of Broadcast Carson Cornelius Burke said, “For us, the move in process was always going to be longer and take more time. So, we are getting there, we are making progress but its kinda slow and steady.”

Editor-in-Chief of the Daily Collegian, Morgan Reppert said, “We currently are moved in, the move was facilitated a few weeks ago, and we were supposed to have access to the building the first day of classes (Feb. 1).”

However, since the Umass Amherst campus COVID-19 risk level raised from “elevated” to “high” during the first week of classes, RSO move in is more delayed than before with the Student Union Building not allowing student access during this two-week period.

“Moving has been a process, and to give some context, moving a radio station is hard enough when things are going well and we are allowed to have people in the building,” said Burke. “Unfortunately, with COVID-19, it has really slowed us down but we are sticking to it.”

Despite the setbacks COVID-19 has set for RSOs moving in and utilizing the renovated building, there is still a sense of excitement among RSO members. Reppert said, “I think I speak on behalf of the Daily Collegian when I say that we are all looking forward to a new start and when life returns to whatever is the new normal may be, I think it will be nice for students to have that clean slate and make that space whatever they want to make it to be.”

“I know personally from a WMUA perspective, it’s the radio station we always wanted it and felt like we could really use,” said Burke. “I think it’s been a massive upgrade in that sense as well and we are getting closer to our goals that we want to do going forward.”

In addition to members of RSOs looking forward to their stay at the renovated Student Union Building, Umass Amherst students also feel optimistic about the completion of the building.

Jacob Colapietro, a senior computer engineering major said, “I am looking forward to seeing it operational. I remember the old building was quite outdated so, I’m glad that its finished and it looks really nice. It is a big upgrade from the old building.”

Faculty also feel a sense of content for students with Student Union Building being almost completed despite having somewhat limited interaction with the building.

“A centralized place that can lead to collaborations, positive feedback, and build more engagement is desperately needed at UMass. Anything that can create a sense of belonging, support is good,” said Microbiology Lecturer and Academic Advisor Dr. Heather Reed.

Finally, along with the excitement of the Student Union opening, hope for community building after the pandemic is shared among RSO members, students, and faculty.

Burke said, “I think when things go back to normal again, it will feel like the kind of space that students will want to be in. I think it fills a void that was on campus and the thing we have seen is that there’s not really a place for students just to hang out. Its going to be a great place to study, meet, and I think having that finally is going to be something students really appreciate and enjoy.”

“Hopefully something like the Student Union will be a place of gathering and coming together, support, resources, because we all need each other a bit more than we use to,” said Reed.