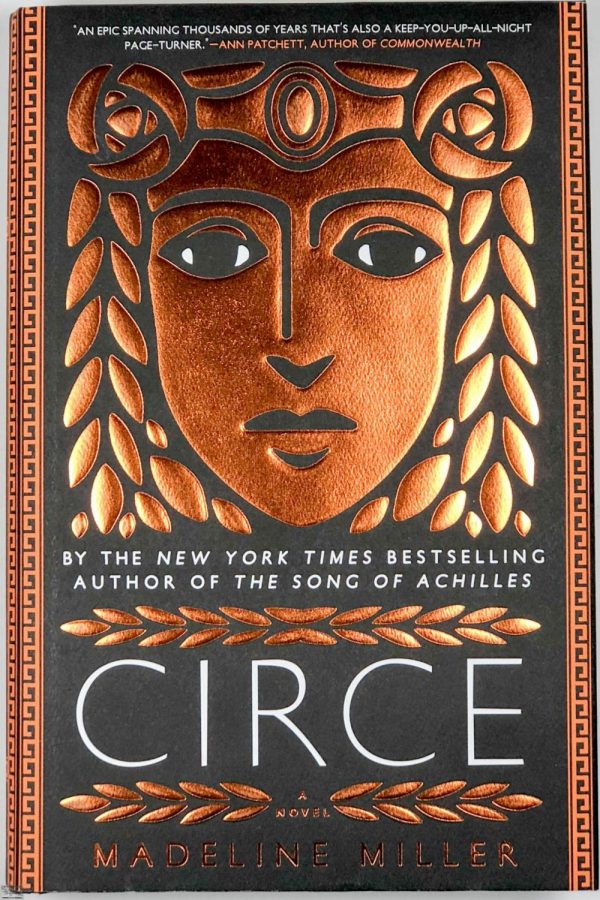 We are steadily approaching the anniversary of the world ceasing to exist as we once knew it, and if there’s anything that we all need, at this point, is escapism. Good books innately have the power to immerse you in an experience completely different from your own, but well-written fantasy books can easily transport readers into another world. The novel, “Circe” by Madeleine Miller, does just that while exposing an atypical perspective within Greek mythology.

According to the legends of Greek mythology, Circe is known as the outcast daughter of Helios, god of the sun. Unlike her other siblings, she possesses no otherworldly powers nor the alluring beauty from the nymphs of her mother’s side of the family. She is relentlessly belittled for her seemingly ordinary nature by her siblings, the worst fate for any offspring of a god, as she spends centuries lingering in her father’s oppressive shadow. However, that all changes when Circe stumbles upon her burgeoning talent for witchcraft, all as a result of young love and a fit of idyllic passion.

Intimidated by her powers, Zeus banishes her to a remote island where she must remain for the rest of eternity. Circe is accustomed to being underestimated, and her lifetimes of being ridiculed have made her used to the aching sting of loneliness. And so it is on her island where she learns to thrive in all of her witchy glory. For the first time in all of her existence, she is free to follow her own heart’s desire devoid of the judgment of others, and she spends her days perfecting her craft in addition to taming the beasts native to the island while encountering many of mythologies’ most famous characters.

Circe becomes one of Apollo’s contentious lovers, who she comes to rely on for news of the outside world. And during one of their meetings, he foretells her a prophecy of the great mortal Odysseus visiting her island. Circe has always exhibited a soft spot and fascination with mortals, by consistently welcoming them to rest on her island and a history of taking a few for courtship. One of these most famous being, her brief tryst with the carpenter Daedulus while on a hiatus from her exile; due to her sister, Pasiphae, beseeching her witchcraft powers while giving birth to the Minotaur. But after several unpleasant encounters with mortal men looking to take advantage of the goddess, she becomes untrusting of their ploys.

However, at the arrival of Odysseus, her faith in humanity is temporarily restored through his unabashed heroicness. And after sharing the depths of their souls with each other for almost a year, Circe discovers that she is pregnant with his child upon his departure from her island to finally return home to his wife, Penelope, and his son Telemongus. Meanwhile, nine months later, Circe gives birth to her first son, Telechonus.

But the fates conspiring against her has always remained consistent in Circe’s life, and the arrival of her half-mortal son only cemented how much she has to lose when Athena dares to cross the new mother threatens Telechonus’ life. Circe, being cursed with immortality, has prepared herself to the fact that she will outlive her son. However, once she learned of her pregnancy, she vowed to protect his mortal existence no matter the price. And on the brink of losing everything, she finds what she’s always desired most.

Miller’s writing embodies that of a modern mystical fable that will rewrite what we were once all taught with Greek mythology and is a must-read in every fantasy lover’s collection.