The music industry loses a pioneering act, as artists, celebrities, and fans worldwide learn of the duo's permanent split 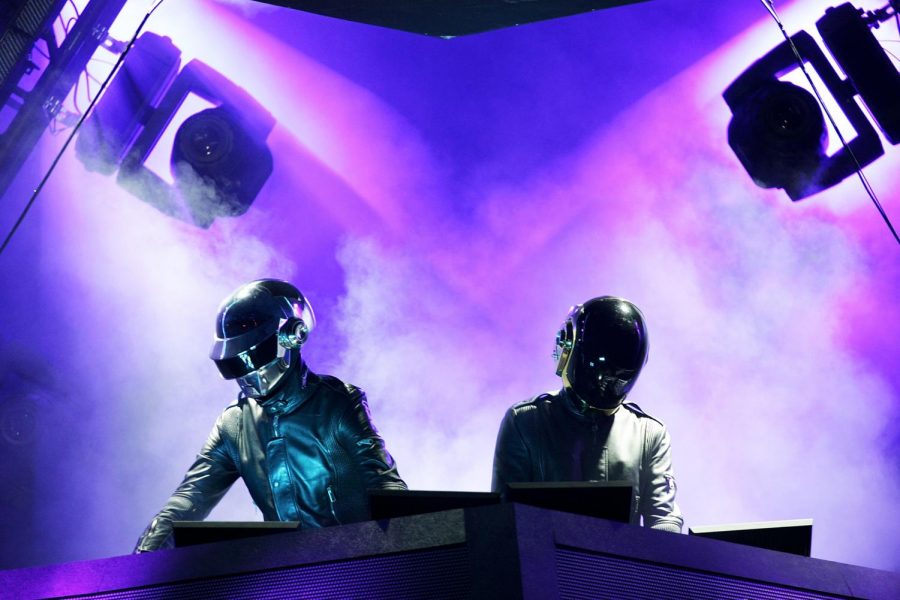 French music duo and Electropop megastars Daft Punk have announced their official disbandment after 28 years as a group.

Thomas Bangalter, the taller member with the silver helmet, suddenly stops, removing his jacket and allowing partner Guy-Manuel de Homem-Christo to initiate a 60-second countdown button on his back. We see Bangalter walk away before the countdown finally stops and he explodes. We then see an image of both members’ hands forming a triangle with the line “1993-2021” under, followed by de Homem-Christo walking away on his own into the sunset while their 2013 single “Touch” plays out in the background.

Formed in Paris in 1993, Daft Punk has been largely credited with the rise of EDM and Electropop music, a synth-heavy genre of pumping beats and extravagant, otherworldly instrumentals, in the mainstream. Their 2001 album “Discovery” shot the group into the mainstream with hit tracks like “One More Time” and “Harder, Better, Faster, Stronger.” Both tracks exemplify the signature ‘Daft Punk’ feel: Eccentric energy, authoritative beats and oddly irresistible robotic vocals, all pushing the envelope of what dance music is supposed to be.

In 2006, Daft Punk performed at the Coachella Festival in California. The image of the two members, dressed in their full robot attire, standing in a giant pyramid while an extravagant light show blinked in time to their music sent shockwaves into the world of Electronic music. The message that dance music could be conceptual and exciting not only to hear but to see caused what many consider to be the birth of EDM as we know it today.

Their 2013 album “Random Access Memories” included the track “Get Lucky” featuring longtime collaborator Pharrel Williams, which not only peaked at the number one spot in over 40 countries but also made the 2013 album their best-selling LP to date.

The duo has also had massively successful collaborations with artists like hip-hop group N.E.R.D on “Hypnotize U,” The Weeknd on “Starboy” and Kanye West on “Yeezus.” The group has also won 25 awards during their career, including six Grammy Awards.

The duo has been featured satirically in popular television shows such as “Family Guy” and “The Powerpuff Girls.”  They made their directorial debut in 2006 with the film “Electroma,” whose ending scene was later used to announce their disbandment.

On Twitter, popular DJ and producer Steve Aoki commented on the split. “Daft Punk you gave me the greatest musical experience in my life that still pumps in my veins reminding me why I love what I do and the community I’m part of.”  Aoki thanks them for their contributions, “Thank you with all my soul for your existence alone. Now let’s play Daft Punk all day every day!!!”

Pharrell Williams, who’d worked with the duo under his group N.E.R.D, also mentioned on the split via Twitter, simply commenting “Forever legends.”

Publicist Kathryn Frazier confirmed to “Variety” that the news was true, however, there is no specific reason given for their split.

If Daft Punk will be remembered for anything, it will be their ability to go against the grain and carve out a place in the industry all their own. The duo got their name from a harsh review of their earliest work in British magazine Melody Maker, which labeled their brand of sound as “a bunch of daft punk.” By taking this insult as their name, and using their time as artists as a whole to change Electronic music as a genre, Daft Punk was able to prove to the masses and show a whole new generation of music artists that art is whatever they define it to be.