Texas winter storm spares no one

Frigid temperatures and an electric grid rigged for profiteering plunged Texas into week-long dark age, startling UMass and other college students with little recollection of the system’s previous lapses. 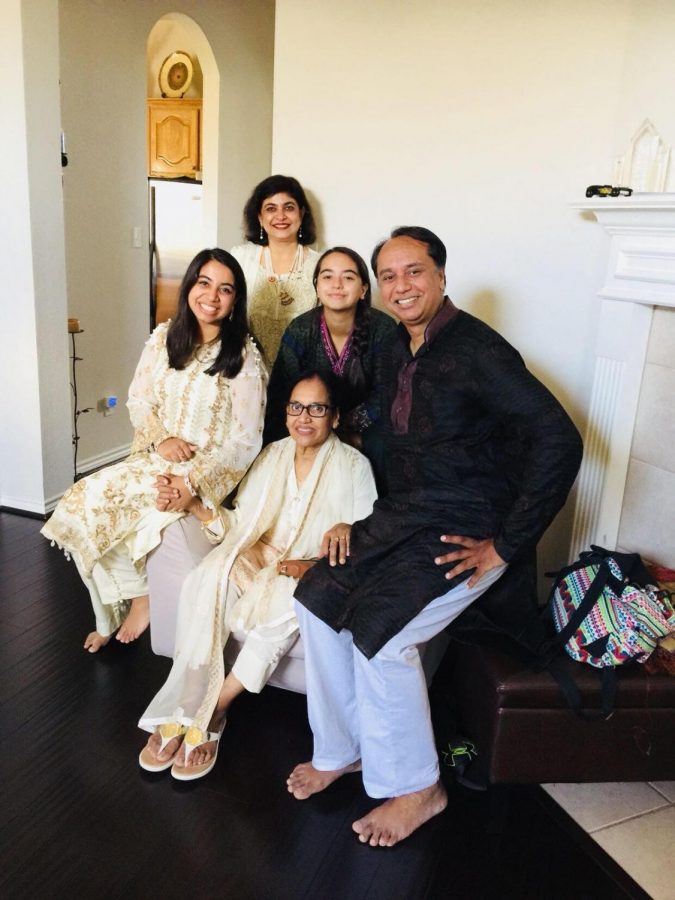 Dunya Mahmood graduated from UMass Amherst in December of 2019. She expected to stick around Amherst after receiving her degree, to find a job and to see through the rest of her lease. Instead, rumblings of an outbreak of COVID-19 and the ensuing public health crisis brought her home to her parents – home to Texas.

The southern state in recent weeks has been assailed by a once-in-a-generation ice storm, and Mahmood’s childhood home, which less than a year before had served as a reprieve from the viral spread of an invisible contagion, again fell under siege.

“I was one of those people in the very, very, very beginning of COVID who didn’t think it was a big deal,” she says. “But there wasn’t any question about the severity of the storm, and, even though it was a gradual thing, you know, the reckoning came.”

“I remember thinking, ‘Oh, we’re without power.’ Then, I realized my neighborhood hadn’t had power for eight hours straight. We aren’t strangers to outages or cold weather– it’s gotten bad before, but never this bad.”

Young people across the South have watched as pipes ran bone-dry or burst and have helped haul buckets of non-potable pool water up flights stairs to flush neighbors’ un-flushable toilets. But even Texas’ youngest and fittest are impotent to an indiscriminate storm and the impenetrable immunity of youth has come undeniably into question under the strain of freezing temperatures and unstable power.

Stranded inside her home, Mahmood clocks into her remote office, a mid-size marketing agency based in Austin where she’s a relatively new hire. This is her first full-time job out of college, a rare-find in the stunted COVID job market, and she had barely finished her virtual training when winter storm Shirley touched down in the Lone Star State.

Her co-workers living in the Austin metro area bore the brunt of the storm, she said one of her co-workers’ flat roof had collapsed the week before from snow accumulation, and another colleague, who hadn’t had heat in his Austin home for six consecutive days, had resorted to living out of his car.

UMass senior and Austin native Raaya Alim said flurries aren’t uncommon this time of year, and that the precariousness of her family’s predicament only became apparent when the initial ten inches of snowfall meteorologists predicted for the area hardened into two feet. Soon, she heard news that her grandmother had been forced to move in with her parents after a pipe burst in her apartment complex and later caught wind that her younger sister’s classes had been canceled for the duration of the outages, remote or otherwise.

“I was stressed out of my mind not knowing how my parents were doing,” she said. “Texas doesn’t really have the infrastructure to deal with ice and cold like Massachusetts does. They don’t salt the roads or hire plows to clean them.”

“A trip to the grocery store could be the most dangerous thing you do all week,” she said.

Alim said she called her parents every day to check on the family and its two cats, calling more frequently as water and other basic necessities became scant. Her mother has arthritis, which worsens with cold weather, and the pharmacy where she normally refills her thyroid medication closed for a week at the height of the crisis.

“My parents went a week without any water, pretty much a week straight. They decided, in that situation, to go – all of the snow and ice that was accumulating in the yard– to go outside and melt it. They could’ve not showered for a week, or they could melt the snow in order to have some sort of recourse,” she said.

“They were just collecting snow and melting it, and anyone who’s ever shoveled a driveway knows that’s hard labor. By the end of the day, my mom couldn’t really use her hands or anything because they’d be so tired, she’d just be so exhausted.”

The worst, she said, was witnessing the ineptitudes and inequalities of Texas’ energy grid unravel from the outside in. The state’s grid, the Electric Reliability Council of Texas, or ERCOT, operates apart from the rest of the country and beyond the jurisdiction of the Federal Energy Regulatory Commission.

ERCOT’s recent collapse, the removal of about 46,000 megawatts of power from its grid, which the Texas Tribune reports is enough to provide power to more than 9 million homes, isn’t its first – in 2014, the generators at Luminant, the largest energy producer in Texas, failed more than 12 times in 12 hours.

And while the conditions of the recent outages were far more extreme than previous outages she’s experienced, Maite Rodriguez, a junior at Texas Tech University, said “the failure of the government, the fear the railroad commissioner and the plural executive have of regulation means there was a foreshadowing leading up to this.”

“Safeguarding the grid, taking into account the diversity of climates in Texas – it doesn’t generate a profit for them. And, so, they don’t do it,” said Rodriguez.

At the onset of the seven-day freeze, Rodriguez’s parents, whose empty nest the pandemic has temporarily repopulated, exhumed from a forgotten alcove in their closet a bag of expedition gear meant for the mountain ranges of Peru. They had already begun layering their clothing with ski wear when the power went out early Sunday morning.

The lowest temperature Rodriguez said she can remember the thermostat reading was 39 degrees Fahrenheit. Directly afterward, she said her house became a dead zone with no energy for hours on end. Her family rationed its cellphone use, lit the fireplace with fresh logs and huddled together in one room to conserve as much body heat as they could manage.

“Yes, I’ve seen snow. Yes, I’ve experienced low temperatures, sometimes even in the negatives, but, in those cases, you always have a warm place to come back to,” she said.

Having received communication from their energy provider, Ambit Energy, and with limited transparency from the local government, the Rodriguezes hadn’t known ‘rolling blackouts’ could mean for their Plano, TX home five minutes with power and ten hours without. By Monday night, the family hadn’t seen a light flicker in 24 hours.

“It was cold in the house, and I remember just feeling so defeated,” she said. “Then, they turned the power on, for, I kid you not, not even five minutes. And it was just– it was such a tease.”

Still, Rodriguez said her family was one of the lucky ones. In the Houston area, three children and their grandmother lost their lives playing a round of the card game Speed by the fireplace, which quickly became overrun with a blaze that engulfed their home and all their belongings. Down the street, power outages having rendered their electric cooktop useless, her friend’s family was forced to cook an entire meal over their fireplace.

Mahmood, like Rodriguez, said, “it could’ve been ten times worse.” At one point nearing the end of the week, her family was forced to go to a nearby hotel to shower, the Canopy by Hilton in Dallas’ Frisco Station, because they had run out of heat and hot water at home. The power would return sporadically, for 30 minutes at a time, allowing them to charge their devices until the next outage.

“No WiFi, no data, no power. We’ve had to sleep in the cold. We couldn’t shower– we didn’t have heat for four or five days, and we just got hot water back yesterday afternoon,” she said.

“It was like I was living in another century, truthfully,” she said. “Of course it was hard, but there are people who are literally on the street.”

And while displacement and loss of life top the list of sequelae from the ice storm, natural disasters leave a legion of maladies in their wake. Boots-on-the-ground efforts like the Texas Louisiana Coalition see the need for rescue and relief every day and, between foreseeable hurricanes and unprecedented snowstorms, the need never ends.

If a heavy torrent of rain floods the roads and an elderly couple finds itself marooned in their home, the coalition sends boats to retrieve them and get them to safety. When a neighborhood faces supply shortages, the coalition sets up shop at a centralized location to facilitate aid distribution.

During hurricane season, as many as 60 volunteers join with the coalition, most of them FEMA certified and from backgrounds in disaster relief. But Kristin Bull, the president of Texas Louisiana Coalition, said the organization’s numbers often dwindle when it needs manpower the most – during disasters no one can predict.

On-the-ground volunteers use Zello, a walkie-talkie app, to communicate with one another and work with 50 Star Search and Rescue, or 50 Star SAR, to coordinate urgent care efforts. Behind the scenes, remote volunteers dispatch local legs to deliver aid and provide ready relief, and also reach out to local businesses, large and small, to field supply donations.

Home Depot is their largest donor, but Bull said small businesses’ contributions continually astound her staff. “Small businesses, some of them, a lot of them, if not all of them are struggling right now. And yet they’re so willing to help us,” she said.

Donations they received most recently have gone towards alleviating the damages that occurred at a flooded Houston veteran’s facility, which Bull estimates houses upwards of 500 residents. The facility still needs three high-capacity washers and dryers, but together with 50 Star SAR and Texas Relief Warriors, the coalition has organized a laundry drop system and an Amazon wish-list to help supply the veterans’ needs.

“They just need some support. They need some help. And, so far, at least with the wish-list, people have been buying stuff on the list and sending relief to these veterans who need it,” she said.

“They need it desperately, and people have been coming together, we’re seeing it,” said Bull.

“We see it a lot in disaster relief, this sense of community. And I think it says a lot about people, their willingness to help. I think people are just good.”