The online event will be available until March 22. 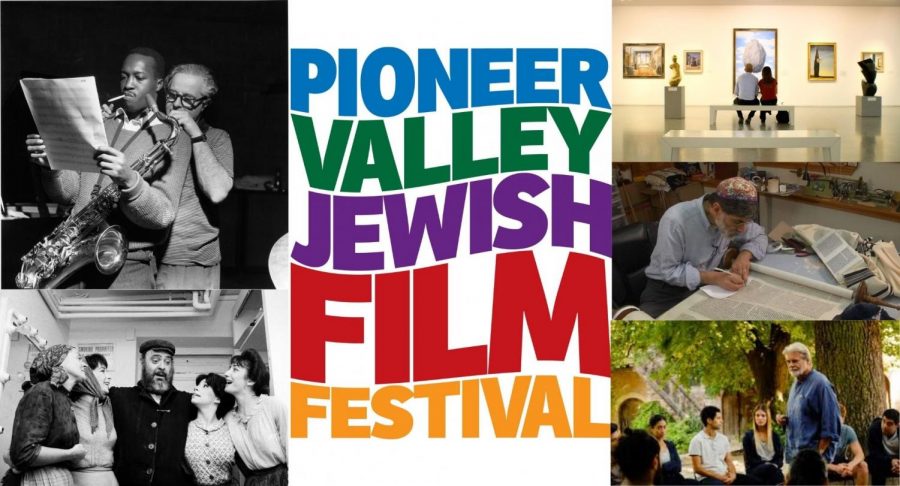 SPRINGFIELD.- Instead of filling seats in various venues across the region, this year the over a decade-old festival heads online. The Pioneer Valley Jewish Film Festival is an annual event hosted by the Springfield Jewish Community Center that showcases a diverse array of award-winning films across Western Massachusetts. The film showings range from different venues across the Pioneer Valley, but due to the pandemic, this year is different and has caused the festival to be fully virtual.

Previously, the festival took place in late winter to early spring, generally offered in March and April over the last 15 years. Last year, March 25 was the date that was set for the event. Brochures were printed, events were scheduled and the venues were ready, but by March 12, the festival was canceled.

“It was really tough on everybody, we had done so much work to prepare,” Festival director and Chief Operating Officer Deb Krivoy said.

Before the onset of the pandemic, the festival overtook venues such as Amherst Cinema, the Northampton Center for the Arts and the Greenfield Garden Cinema, as well as hosting events in partnership with the Massachusetts Multicultural Film Festival that takes place at UMass Amherst. Additionally, a few screenings were held at the Yiddish Book center located in South Amherst.

The festival’s main goal is to create unity and build community while ensuring access for the Pioneer Valley residents to have discussions and enjoy films that can encourage interfaith and cross-cultural dialogue. Krivoy commented that the creators want to extend the experience, and in the past, there have been filmmaker receptions to stimulate discussion, accompanied by live music and full catering.

“We always want it to not just be a typical night out at the movies,” Krivoy said.

Volunteers marked the heartbeat of the festival. They would come on the day of the event to greet attendants, take tickets and show them to their seats.

“We don’t have that this year, which is a shame because we have had a really good group of volunteers,” Krivoy said.

Despite the virtual move, the aforementioned goals have remained intact. It turns out that when people register online, their IP address is captured, creating data that shows the different locations of viewers.

“Obviously, with a virtual festival, you lose those opportunities to gather at these theaters and art spaces,” Krivoy said. “But we have been able to cast a wider net this year, and all across the board registration has exceeded our expectations.”

To access the films, you can register for a program and will then receive an email from “PVJFF” with a link and access instructions a day before the film can be accessed. The film can be streamed from any device. For participants that want to sign up for the Zoom discussion, a link is included in the email.

The festival creators are not just serious about their mission, but with the foundation of their film selection as well. A film selection committee has been elected by the Springfield Jewish Community Center to research the film lineup. Over the last 15 years, these researchers have built relationships with film distributors based in Europe, Israel and other parts of the world. They diligently follow larger festivals such the notable Sundance or Tribeca to keep up with trends.

“They’re much bigger and very well-respected, so it’s usually very helpful to keep an eye on what they’re doing,” Krivoy said.

The committee strives to maintain the interfaith, cross-cultural dialogue that is encouraged, by looking for films that are not just “another holocaust film.”

A screened film that spotlights this nuance is “It Must Schwing!,” a jazz documentary. It captures the creation of a jazz label in the 1930s by two German Jewish immigrants, but more importantly, focuses on how the label provided a needed platform for marginalized musicians. In the documentary, the label Blue Note Records was discovered and produced a great roster of jazz stars, including Miles Davis, Quincy Jones and Wayne Shorter. The record label respected Black musicians during a time of ostracization.

In terms of the future of the festival, organizers currently brainstorming what the festival could look like once they know vaccination numbers and have a response from Governor Charlie Baker about theater capacity.

“Right now, we really are not in a position to commit to that yet,” Krivoy said. “There are still a lot of unknowns, unfortunately,”

For more information, you can check out this streaming FAQ link that goes into detail about the registration process and upcoming film showings that run until March 22.