For Meghan Markle, the fairy-tale romance came at an exorbitant price

In a bombshell interview, the former Duchess reveals how racism drove her out of the U.K. 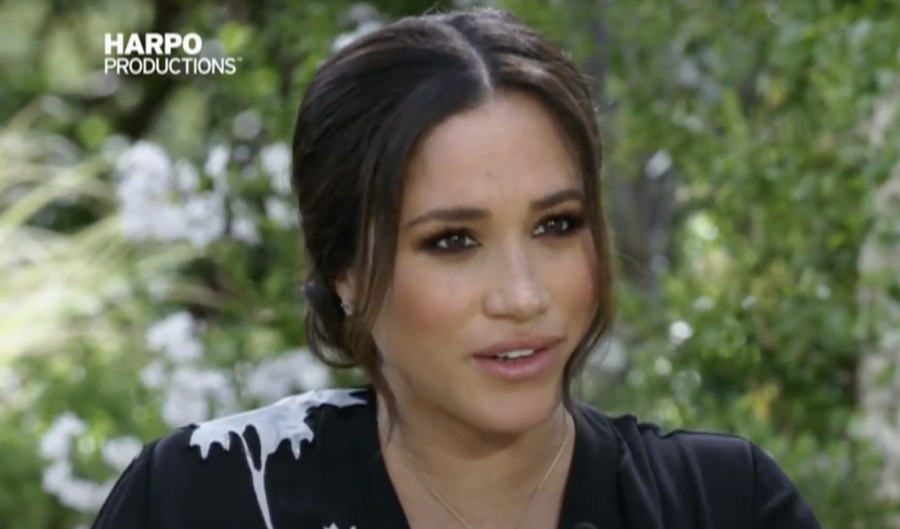 On Sunday, March 7, the former Duke and Duchess of Sussex, known more commonly as Prince Harry and Meghan Markle, sat down for a bombshell of an interview with Oprah Winfrey. No topic was off-limits as the couple shared an in-depth look into the debilitating lifestyle of being two of the most popular members of the British monarchy and what it is truly like behind the closed doors of the palace amidst the perceived cacophony of glitz and glamor.

This interview marked the first that the couple has given since news broke in January 2020 that they were stepping back from their senior roles as members of the royal family. According to an article by the Los Angeles Times, the primetime special amassed over 17 million viewers. It was reportedly the largest audience for a non-sports event since the Academy Awards in 2020.

People all around the world have cultivated a fascination with the British monarchy, but for Americans, this fascination became increasingly heightened once one of our own became a member of the royal family on that momentous day in May 2018. For the record, I was one of those people who got up at the ungodly hour of five a.m. to watch the ceremony in real-time; because let’s face it it’s not every day that one gets to witness an American become a princess. However, as Markle discloses, the royal life is far from what it’s cracked up to be.

The interview started out on a light note with Harry and Meghan showing Winfrey their chicken coop, which they named “Archie’s Chick-Inn,” a spoof on their almost two-year-old son’s name. While feeding the chickens, Markle delivered the first piece of shocking news that she and Harry actually got married three days prior to their publicized wedding in a private ceremony because they recognized the event stature surrounding their formal wedding and wanted an intimate moment to themselves.

Shortly after their marriage is when the facade began to crumble for Markle. She received no training prior to entering her royal duties, other than that of which came from Harry and her own late-night googling sessions. The “institution” to which she referred to repeatedly throughout the entirety of the interview, which can be presumed to be a group of people inside the palace, promised her protection which they time and time again failed to provide her after persecuting articles about her filled the tabloids. Some of these tabloid headlines incorrectly pitted her against other members of the royal family.

The crux of the interview came when Markle recounts an incident from when she first became pregnant with Archie. She claims the institution informed her that her unborn child wouldn’t be provided a title or security upon birth. Harry has always had a distasteful attitude towards the British press due to the role that they played in his mother’s tragic death, so of course, his wife and unborn son were of utmost importance to him; the fact that this would even be a discussion is deplorable. The next shocking moment came when Markle disclosed with tears in her eyes that during this same time, there were “concerns and conversations about how dark his skin tone was going to be” with Harry which he relayed to Markle.

In the beginning, Markle assimilated exceedingly well into the royal lifestyle but all the scrutiny from the media combined with the racism behind the palace walls got to be too much for her. And it led her to a breaking point where she admitted she was contemplating self-harm, “I knew that if I didn’t say it, that I would do it. And I — I just didn’t — I just didn’t want to be alive anymore.” Markle said.  When she reached out and pleaded with palace officials to allow her to get medical help, they refused because it would have harmed the institution.

In a bombshell interview with Oprah Winfrey, Meghan Markle said she had asked officials at Buckingham Palace for medical help after having suicidal thoughts but was told it would damage the institution. https://t.co/oBHAn9TwDx pic.twitter.com/ANDDMIV0CY

"I thought it would solve everything for everyone" said Meghan of her thought of suicide.
I went to Human Resources but they said: "There is nothing we can do to help you because you are not a paid member of the institution."
Meghan says: "Nothing was ever done."

Harry later acknowledged that while he and Markle were eventually able to escape the confines of the monarchy, his father and brother are very much still “trapped” within it. And it begs the question that if they had to escape it to preserve themselves, at what point do the rules dictating those roles have to change?