Five films all directed by women. 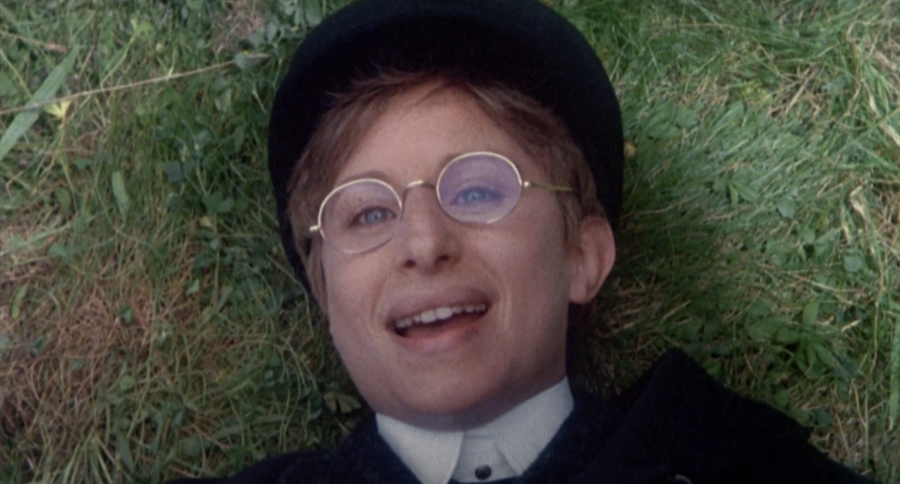 With Women’s History Month coming to an end on March 31, some people are spending their time reading books written by women or watching documentaries about the accomplishments and experiences of women throughout history. While women have gained more recognition for their significant contributions, it’s important to remember that gender inequality still remains a prominent issue today, particularly in the film industry.

According to research conducted by the Center for the Study of Women in Television & Film, the percentage of women working behind the scenes significantly increased over the past six years. Women constituted 21% of all directors, writers, producers, executive producers, editors and cinematographers on the top 100 grossing films and 23% on the top 250 of 2020. Despite this significant improvement, research conducted by the USC Annenberg Inclusion Initiative shows that women and BIPOC are still underrepresented in film, especially in film festivals. “The data in this report makes it clear that the next generation of women of color filmmakers are not being launched into the industry at the same rate as their white male peers,” said Dr. Stacy L. Smith, founder of the USC Annenberg Inclusion Initiative in a statement.

While there is a long road ahead to improve the representation of women, BIPOC and LGBTQIA+ people in Hollywood, this list provides a small glimpse into some of the most powerful stories directed by women from as recent as 2018 to as far back as the 80s. Featuring a blend of comedy, romance and horror, each of these films invites viewers into new and colorful stories.

Synopsis: After losing his mother in an accident, Icare (Gaspard Schlatter) is brought to a foster home by a police officer named Raymond (Michel Vuillermoz). In the foster home Icare introduces himself as “Courgette” (Zucchini) and meets other orphans his own age, who also have similar stories. Over time Courgette makes new friends with the children there, learns how to trust the people in his life and finds a loving family.

Before she directed the groundbreaking queer masterpiece “Portrait of a Lady on Fire,” Sciamma directed a playful and heartwarming stop-motion animated film “My Life as a Zucchini.” Combining her powerful storytelling skills with unique and beautifully designed characters, Sciamma is able to quickly immerse viewers in this world. Filled with raw and tender scenes between Courgette and the other children, it’s hard to not fall in love with each and every one of the film’s characters. While “Portrait of a Lady on Fire” has become Sciamma’s most recognized film for its authentic portrayal of lesbian relationships, it is her meticulous and honest approach in “My Life as a Zucchini” that demonstrates how her natural ability to capture humanity, trauma and love so vividly through film has continued to improve over the years.

Synopsis: Will (Logan Marshall-Green) is uneasy when he and his girlfriend Kira (Emayatzy Corinealdi) are invited to a dinner party by his ex-wife Eden (Tammy Blanchard) and her new husband David (Michiel Huisman). But when Will begins to notice increasingly strange behavior from each of the guests, he begins to suspect that something is not right and soon his entire world comes crumbling down.

While Kusama is more commonly recognized as the director of the 2009 cult classic “Jennifer’s Body,” which stars Megan Fox as a man-eating demon, Kusama takes viewers to an entirely different level of fear in this paranoia-fueled nightmare. With each line and scene as critical as the one before it, viewers can easily fall into a trance, making it difficult to look away from the screen. Using dialogue and silence unlike any other horror film, Kusama’s gut-wrenching slow-burn story will have you on the edge of your seat.

Synopsis: In a small Polish town in 1904, Rebbe Mendel (Nehemiah Persoff) is a single father who teaches the Talmud, a sacred text of Judaism, to the boys of the town. He also teaches his daughter Yentl (Barbra Streisand), despite there being a prohibition of women studying the religious scripture. But when Yentl’s father dies and can no longer teach her in secret, she decides to pursue her passion for learning by disguising herself as a male to attend a religious school.

Blending exquisite musical numbers with a powerful story, Streisand’s directorial debut  “Yentl,” stands out as one of her best works. Filled with raw moments exploring the life of one Jewish woman during the 1900s, Streisand engages viewers from start to finish all while making sure to sprinkle her charming and witty personality throughout. “Yentl” is an irresistible piece of artwork that evokes all sorts of emotions everywhere from pain to love.

Synopsis: Upon the death of their mother, estranged sisters Ollie (Tessa Thompson) and Deb Hale (Lily James) are brought together in North Dakota. With one week to pay back their mother’s mortgage, Ollie and Deb soon find themselves tied up in greater problems.

People might recognize Nia DaCosta’s name as the director of the highly anticipated film “Candyman,” which is the direct sequel to the 1992 film of the same name. But before she joined the project produced by horror maestro Jordan Peele, DaCosta directed the deeply moving film “Little Woods.” The film, which goes beyond its own genre at times, is an intimate experience about two women’s pain that is meticulously orchestrated by DaCosta who is a master of tension. Blending fresh characters with an authentic struggle, “Little Woods” is an important piece of art.

Synopsis: The plot is as simple as the title. A girl wanders the streets of an Iran neighborhood at night – preying on men who are disrespectful to women.

In this Iranian vampire flick, Amirpour challenges the horror genre by blending different styles of cinema to create one cohesive feminist work of art. Filled with love, pain and exquisite dialogue, “A Girl Walks Home Alone at Night,” is by no means a simple film. It’s bold, powerful and unapologetic. In terms of cinematography, the film is so complexly layered it gives the audience chills and Amirpour’s ability to incorporate elements of gothic, noir and Western films only emphasizes her unique skills as a director. Simply put, “A Girl Walks Home Alone at Night,” is an international feminist film vital to the horror genre.