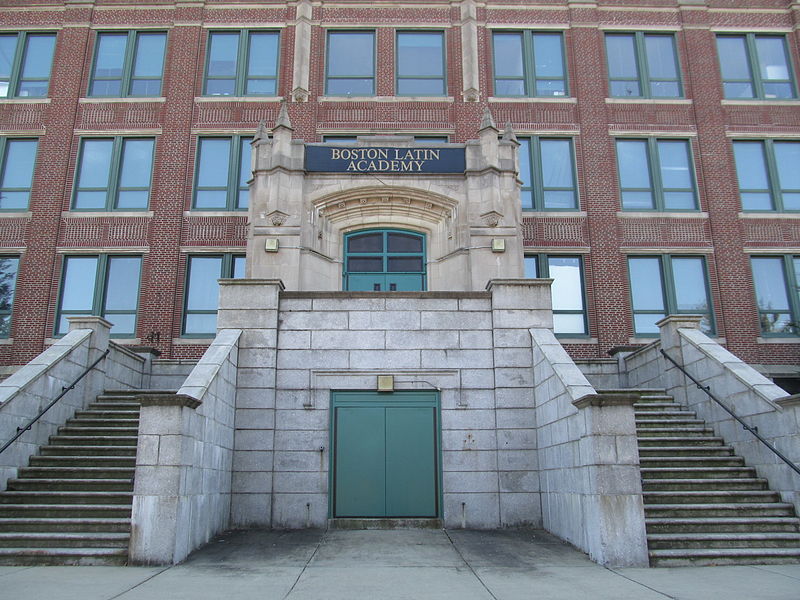 The COVID-19 pandemic has provided Boston Public Schools with an opportunity to address the admissions process for the exam schools, which critics report are lacking in diversity and perpetuating institutionalized inequalities.

Boston Latin School, Boston Latin Academy, and The O’Bryant are the three exam schools within the Boston Public Schools system. Typically, students must pass an entrance exam in either the seventh or ninth grade in order to receive an invitation to enroll. That is not the case this year.

On Oct. 21, 2020, the Boston School Committee unanimously voted to suspend the test portion of the exam school admissions process for a year, largely due to the pandemic and the inability to administer the exam under current safety guidelines. Superintendent Brenda Cassellius assembled a working group who worked to create an alternate plan for this year’s admission process that did not involve an exam.

This is not the first change the admissions process has undergone in the last year. This past summer, BPS instituted a different admissions exam. This eliminated the Independent School Entrance Exam, or ISEE, the former test that did not correlate with the curriculum of Boston Public schools and required knowledge and skills that many students wouldn’t have been taught yet. This factor inherently disadvantaged those students and families who didn’t have the resources to receive extra tutoring or other forms of test preparation in order to do well in the admissions exam.

“Part of the motivation for trying to find a different test was to find a more fair and accurate assessment of what students had learned,” said Assistant Superintendent Jonathan Palumbo.

The new exam is called the MAP, or Measure of Academic Progress Growth test, and was created by the Northwest Evaluation Association. This exam is more closely related to the Massachusetts school curriculum, taking a step toward a more equitable admissions process. It would have been instituted for the first time in 2020, if not for the pandemic.

Jess Madden-Fuoco, an Instructional Coach at The English High School, explained her sustained apprehension regarding the new test, “I just don’t think that exams measure what we think they are measuring.” She continued that we tend to think exams only “measure intelligence, or potential,” and we disregard that results also depend on factors such as “the quality of education you received before that.” Madden-Fuoco, who has been in education since 1997, concluded by saying “I’m not sure if I’ve seen a test that has had the impact of reducing racial disparities.”

In recent years, Boston exam schools and their admissions process have come under scrutiny due to a lack of diversity in the schools, especially Boston Latin School, which is disproportionate to the population of Boston. A 2017 report by the Lawyers Committee for Civil Rights and Economic Justice called “A Broken Mirror: Exam School Admissions Fail to Reflect Boston’s Diversity” found that the rate of Black and Latinx students gaining admission into BLS were “more than two-and-a-half times below their district-wide enrollment rates” for other Boston Public schools. It also stated that the enrollment of African American students into BLS was at an all-time low since desegregation.

“When I attended BLS in the ‘80s, it was far more diverse than it is now, and this was as important to my education as any class I took,” said Amy Kiley, a BPS alum, employee, and parent in her public testimony during the Boston School Committee meeting in October.

The report also disclosed that a disproportionate number of exam school invitations are directed to Boston neighborhoods that are majority white, while neighborhoods that are majority Black or Latinx have admission rates of below 50%. White students make up about 14% of the BPS enrollment, but received 43% of Boston Latin school’s invitations, and are 46.8% of the student body.

Norma Rey-Alicea, a member of Boston Latin School class of 1993, pointed out during the Boston School Committee meeting how deeply flawed this is, “Do your kids merit a much bigger piece of the pie from the very beginning because they happen to live in a neighborhood that has three times the median household income as ours?”

These patterns are what the working group strived to combat in the temporary, one-year solution. The new plan creates an applicant pool that takes into account either 2019 MCAS results or student grades, all of which are pre-pandemic. 20% of the seats for each exam school are reserved for the highest-ranking students across Boston, based solely on GPA. The remaining 80%  will receive invitations using a combination of GPA and ZIP codes. A certain amount of seats will be reserved within each Boston ZIP code and ranked by GPA, based on the percentage of school-aged children that have residency in each area. There will be 10 rounds of invitation distribution, where 10% of each ZIP code’s allocated seats receive admission. During each round, areas with the lowest median household incomes receive first priority.

This proposal received plenty of backlash, as a group of parents called the Boston Parent Coalition for Academic Excellence (BPCAE) have just sued BPS on the claim that this new process is now discriminatory toward white and Asian students. During the School Committee meeting, many other parents expressed that they felt their child was now being disadvantaged in an effort to make the admissions process more equitable.

“There has been a whole industry around tutoring and test prep, and for-profit businesses that have been preparing students and getting students into exam schools at a higher rate than BPS schools,” said Palumbo bluntly. “I think there were a lot of parents who have taken advantage of that opportunity, and who felt like we were taking the opportunity away from them to give it to somebody else.” He shared that some viewed the decision as being unfair, but stressed the importance of asking yourself: “Was it fair in the first place?”

Stephanie Galvin, Boston Latin School class of 2019 alum and a current sophomore at UMass Amherst believes that the decision to eliminate the exam was “completely warranted.” She reflected on her own experience, saying “I was fortunate enough to have my own private tutor that I met up with,” and she thinks it unfair to expect students to do well on an exam when they don’t have the same opportunities to prepare.

Galvin went on to highlight that “Boston is a very segregated city, and much of school funding comes from property tax. If you live in a low-income neighborhood, there’s less funding for public schools in that neighborhood. Less funding means less resources, less academic support, afterschool programs, tutoring programs.”

In response to the parent coalition suing BPS for the new zip code policy, Galvin said “I think giving these students from these neighborhoods a chance that they otherwise may not have been given is a really good thing, and a step towards making the student body reflect the diverse city of Boston as a whole.”

This same sentiment was shared by Ashley Chung, a member of the Boston Latin School class of 2019. She explained how she could see why people were frustrated since it’s known that competitive schools, such as BLS, offer a leg up when it comes to applying to college. However, she said, “It’s unfair for a test that you take in middle school to determine whether or not you have access to this competitive factor.”

Chung expressed apprehension about eliminating an exam completely, as she felt like “that gets rid of the whole purpose of exam schools.” However, she went on to question, “Why do you have schools that are more selective and better than others, when they could be normalizing and equalizing the playing field across all schools?”

An exam hasn’t always been crucial to the admissions process. BPS didn’t implement a test until 1963, existing for many years as an exam-free school.

According to Palumbo, many of the people who were staunchly against suspending the exam for a year were wrapped up in the legacy and tradition aspect of the schools. During the School Committee meeting, Bruce McKinnon, a BLS alum from the class of 1974, expressed his fear and deep concern that suspending the exam would tarnish the reputation and academic rigor of the school. “Most of us were involved in an academic grind that is unbelievable, and now we’re going to go to a lottery ZIP code system?” he said.

He continued by saying he thinks the ZIP code system that would prioritize low-income neighborhoods would “strip away high-quality candidates who should’ve gone to Latin school.” He ended his testimony by thanking the committee, and specifically “people who don’t want to be labeled as racist, but bleed purple for their alma mater.”