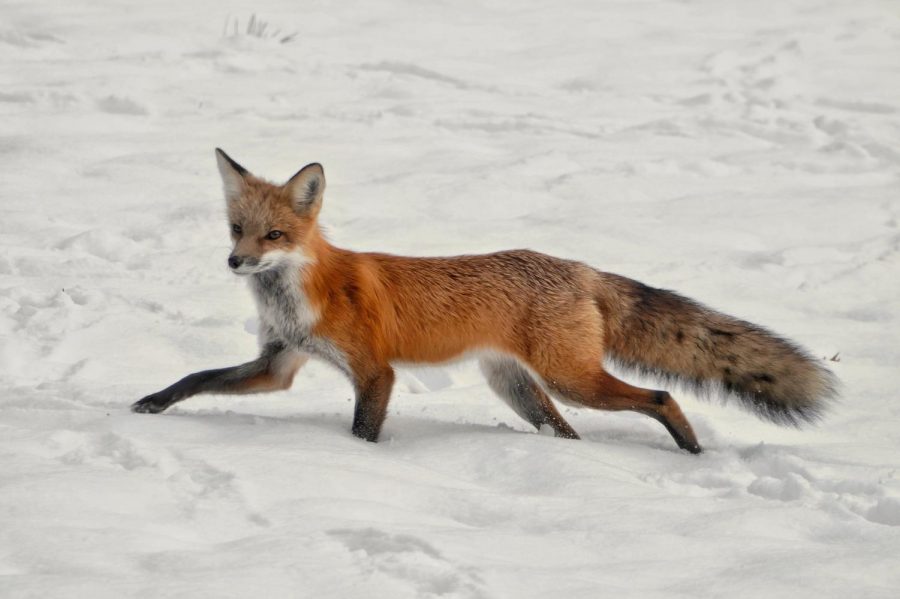 According to UMass research ecologist Dr.Toni Lyun Morelli, the most concerning part about the death of the northern flying squirrel in Massachusetts is that very few people know about the squirrel’s extinction. The signs of climate change are already apparent in our local Massachusetts ecosystem, and citizens do not know.

As the weather slowly gets wetter and warmer each season, new invasive species shift into the area, and native species, especially those adapted to cold, snowy environments, either migrate upward into northern New England or go extinct.

“We will lose that New England environment that I think many of us appreciate; that winter adapted species and species you can see all the way up until Alaska just won’t be here anymore,” Morelli said.

Morelli worked with UMass graduate student Alexej Sirén on the effects of reduced snowfall on carnivores in the northeast. Carnivores are split between two groups: generalists and snow-adapted specialists. The Southern New England generalists, like coyotes and bobcats, are species that survive in a wide variety of environmental conditions and use a variety of resources. Whereas, snow-adapted specialists, like lynx and red foxes, can only survive in a narrow range of circumstances and live in northern New England and Canada.

“Essentially as we lose snow, those generalists are able to shift upslope north and they out-compete the snow specialists when there is no snow. And so he is looking at those dynamics,” she said.

Morelli works with the federally-funded Northeast Climate Adaptation Science Center generating resources to help ecosystems and species adapt to climate change. Through her work on climate change refugia, she provides insight into the movement of invasive species and the future ecological makeup in New England.

Morelli finds refugia by observing a resource change over time within the landscape; this resource can range from a plant species to winter recreation. A refugium is an area where the effects of climate change on that resource are less extreme.

“One obvious example [of climate change refugia] that we have been working on in Massachusetts is cold water stream refugia,” Morelli said. “So the brook trout is a particular treasured species for anglers. They need cold streams to persist. We have been working in collaboration with the [Massachusetts Fish and Wildlife],[United States Geological Survey], and UMass to map where the cold water streams will persist into the future as far as we can tell.”

By mapping the landscape, Morelli notices how species are moving across Massachusetts, specifically snow-adapted species native to the Northeast winter climates. With less snowfall predicted in the future due to warming temperatures, these species become extremely vulnerable.

“There are other species, like snowshoe hare or Canada lynx, in the Northeast that requires snow to catch their prey or to hide from their predators, and even trees that need snow as an insulating blanket. So basically, if there’s no snow on the ground, the soil is much colder and the roots can get damaged from the cold,” Morelli said.

At the moment, the top conservation strategy for this environmental dilemma is climate niche tracking, which occurs when a species moves to a new area with a suitable climate. By pushing snow-adapted species to settle in Northern New England and Canada, scientists have a better chance at preserving winter species. However, this approach comes with consequences, including introducing invasive species.

“We are not thinking enough about the recipient or the ecosystem,” Morelli said. “Like the species that are already there and haven’t moved on yet because all these species are moving at different rates because they queue to different things. We want the bobcat to shift north to track the climate, but what happens [if] the lynx is still there?”

Morelli said ecologists have borrowed ideas from invasion ecology, the biological study of species that translocate from one region to another due to human actions, in order to prevent the negative outcomes of niche tracking.

“We’ve learned about invasive species to at least be aware and prepare for species moving around,” she said.