The pathway from the University bin to the dumping ground 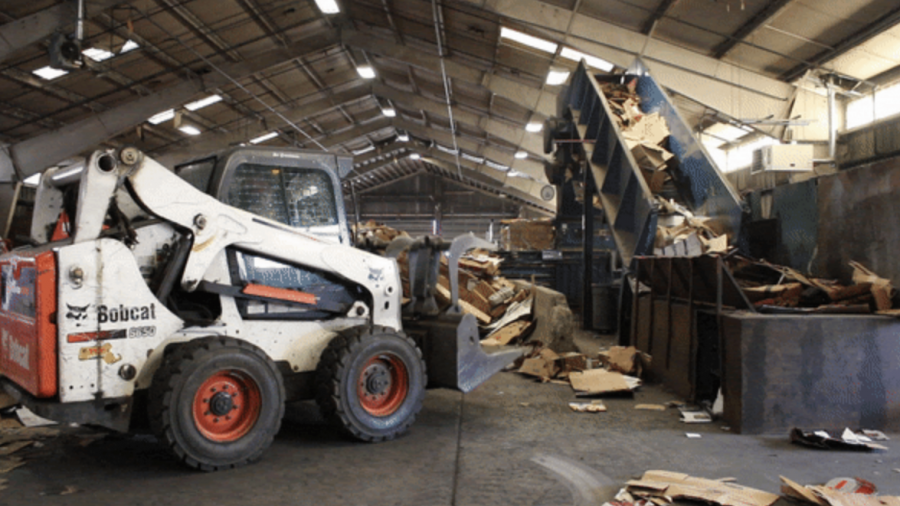 From the UMass campus to nearby towns, where does our waste go from our respective bins? Do the two or three bins outside each dining hall and residential building directing students to compost and recycle matter? What do these pathways of waste mean for our climate?

In 2017, the Environmental Protection Agency reported that out of the 267.8 million tons of trash generated (or 4.51 pounds per person per day), 139.6 million tons ended up in landfills. Of the Municipal Solid Waste, a term to describe items consumers throw away after they are used, approximately 67 million tons were recycled and 27 million tons were composted. This number combined is equivalent to a 35.2% recycling and composting rate.

With the help of waste management professionals, Massachusetts 2050 tracked where student waste goes based on what they throw away.

According to the 2018 UMass Amherst Waste Management Report, UMass produced 8,103 tons of trash, with 4,889 of those tons being recyclable. Yet, we can not be sure if that amount actually ends up being recycled due to contamination in the recycling stream or a lack of demand from buyers.

Composting is the process of adding organic material to soil that helps plants grow. According to the United States Environmental Protection Agency, food scraps and yard waste together currently make up more than 28% of what we throw away. These items could be composted instead, which would keep them out of landfills where they take up space and release methane, a potent greenhouse gas.

The University promotes composting through many of their compostable packages like to-go containers, cups and napkins. Trash bins in dining facilities show signs of what can and can not be compostable. A good key to remember is that anything organic and not animal-based is a viable candidate for the compost bin, which includes paper products, twigs from the lawn, and a wide variety of food waste and debris.

According to Brian Carroll, the Facilities Operations Manager at the University’s Office of Waste Management, UMass has gone to all compostable packaging for most take-out items in dining commons and snack bars, with pilot programs starting in some dorms.

“We are actually doing Orchard Hill. They’re doing that whole complex there with trying to do dorm composting,” he said.

Sorted compostable products end up going to Martin’s Farm, a farm in Greenfield that has produced compost and mulch for thirty years. According to Carroll, the University has to currently pay to get rid of their compost.

The UMass campus also has a small composting operation near the waste management site for leaves and yard waste. The University is currently looking at different options for in-house compost sites they could use and that wouldn’t cost them.

According to a 2019 waste sort conducted by the Office of Waste Management and recorded by the SGA, UMass goes through a total of 234,172 pounds of single-use plastic bottle waste annually, with nearly one-third of that actually getting recycled.

Like most other recycling programs in the United States, the university uses the single-stream system where all paper fibers, plastics, metals and other containers are mixed in a collection truck instead of being sorted into separate commodities and handled separately.

With China’s recycling ban, it has become harder to find a home for single-stream recyclables where there is often a lot of contamination. Carroll said that UMass is working on a study to see if there are ways to create a more efficient waste stream.

“[China] finally just said ‘we don’t want your garbage anymore. We’re going to recycle in-house, use our own stuff and we’re going to cut you out of the market,” Carroll said. “So, the whole country is in scramble mode, trying to find someplace in the market to send single-stream.”

He notes that contamination, when non-recyclables are mixed with recyclables, is a big part of this issue leaving many material processing facilities with no willing buyers.

“What they’re doing now is they’re starting to put extra staff on the sorting lines, trying to pull out more contamination directly. They’re investing in new high-tech machinery that sorts much better than the stuff they have now,” Carroll said.

As far as the recyclables at UMass go, after reaching the Waste Transfer and Recovery Facility,  they are transported to the Springfield Material Recycling Facility (MRF).

At the Springfield MRF, valuable recovered materials are shipped to refiners, mills and smelters (often overseas) where they serve as important industrial inputs in the manufacture of new products.

Yet currently, the plastic water bottle thrown away have a low consumer rate. Depending on the type, it can be anywhere from 9 to 30%. This means a majority of this plastic ends up in our landfills and is no longer recirculated. With stricter regulations by foreign markets, this leaves parts of the industry at a standstill.

As for UMass trash products, such as plastic bags, styrofoam, clothing and paper food storage, they are picked from the UMass Waste Recovery and Transfer Facility by Dave Wickles Trucking, a Hatfield, Massachusetts family-owned trash operation for over 35 years and taken to the Holyoke Transfer Station. Here, the private operators of the station have the option of where to ship the trash for final landfill disposal, most of them ending up in Upstate New York.