Patriots pick off Jets’ quarterback Zach Wilson four times and welcome him to the NFL and win 25-6. 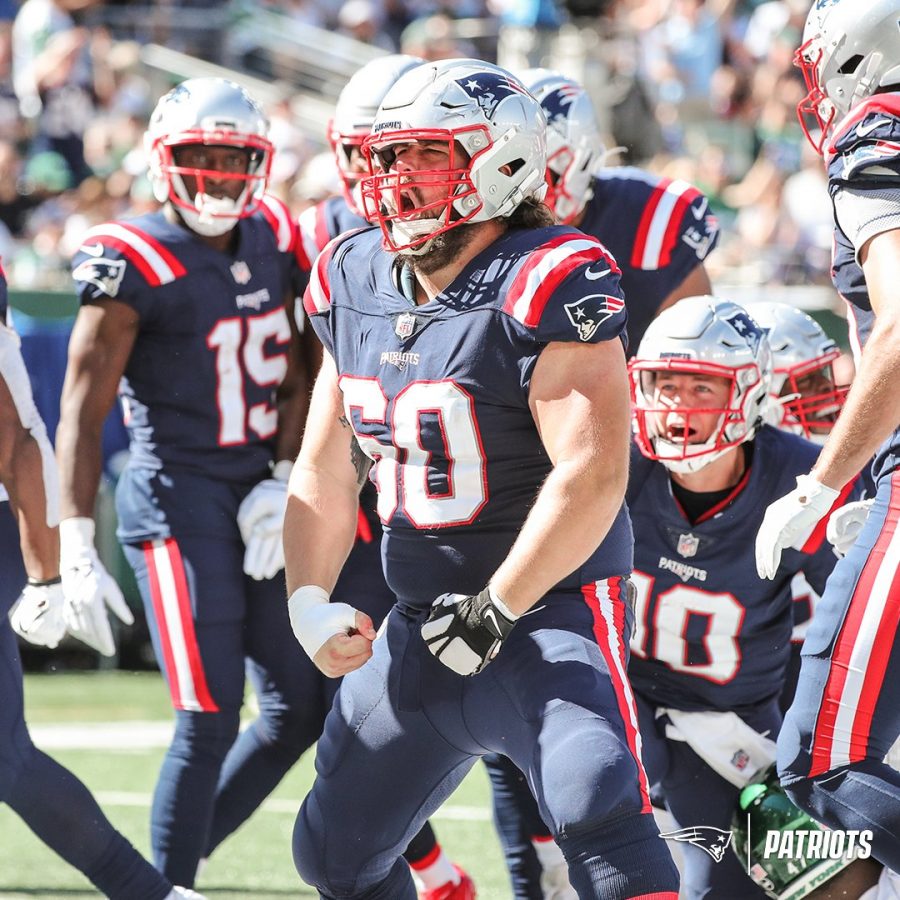 Patriots cornerback J.C. Jackson continues to prove why he’s one of the best ballhawks in football and his price tag will continue to grow for his upcoming free agency after a two interception showing. The Patriots continued their long history of bullying young Jets quarterbacks yesterday against Zach Wilson and centered their defensive gameplan on pressuring him and forcing errors. Wilson’s inexperience showed as they were unable to string together any touchdown drives and Wilson threw four picks, including some unforced errors.

The Patriots were able to sack Wilson four times. This included two sacks from the second-year pass rusher Josh Uche, who continues to grow and come into his own. Defensive tackle Carl Davis and outside linebacker Matt Judon, the headline of our free agency spending spree, would also each sack Wilson. The secondary went to work too, led by Jackson nabbing two of his own.

The first one was an extremely heady play by long-time leader Devin McCourty to tip the incompletion in the air over to the side, away from the receiver, where the initial defender Jackson could pick the ball off instead with no contest. The second one was a bad read and throw by Wilson, and one of the easiest picks the star corner could’ve gotten. Defensive back Adrian Phillips also nabbed an interception, and McCourty would later get an interception for himself.

Inside linebacker Ja’Whaun Bentley is really starting to hit his stride as a player and tends to be around the ball carrier consistently. He led the Patriots in tackles yesterday with six and two assists. Rookie Christian Barmore had a nice run stop at one point and second-year safety Kyle Dugger maintains his solid coverage reps. The offense leaned on this defense yesterday and just protected the football.

Other than an early scare of a fumble by receiver Kendrick Bourne and another fumble this week from quarterback Mac Jones, the Patriots did a flawless job protecting the football. Jones went an efficient 22 for 30 passing with 186 yards total, distributing the ball to seven different targets. James White continues to build on his Patriots legacy after re-signing this past offseason. He led the team in both receptions and yards with six catches for 45 yards. New tight end Hunter Henry got in the action more this week with two catches for 42 yards, highlighted by a 32 yard grab in the third quarter.

Mac Jones had another head scratcher of an intentional grounding, which seems to suggest he doesn’t quite understand how the rule works yet. Cardinals quarterback Kyler Murray had a similar issue early in his career, so it could be a young quarterback issue. Otherwise, the Patriots continued to lean on a relatively conservative playstyle and knew the defense was the key to winning the game. Jones played a clean game with few mistakes, including this great block to spring running back Damien Harris. Harris would go on to have an alright game, compiling 64 total yards from scrimmage and a touchdown. The highlight of it all was easily his rumbling, physical scramble where he runs through what feels like half of the Jets defense while looking like prime Marshawn Lynch.

The Patriots offense continued to struggle to finish in the red zone, needing another barrage of field goals from kicker Nick Folk. The offense will become more cohesive as all the new pieces start to get acclimated to one another, but for now that’s definitely a weakness of this Patriots team. All in all, it was a fantastic team win by the Patriots who look to host the New Orleans Saints next week. The Saints are coming off of a shellacking from the Carolina Panthers, leaving both teams in need of wins to avoid a losing record.