Individual hospitalized after self harm attempt. 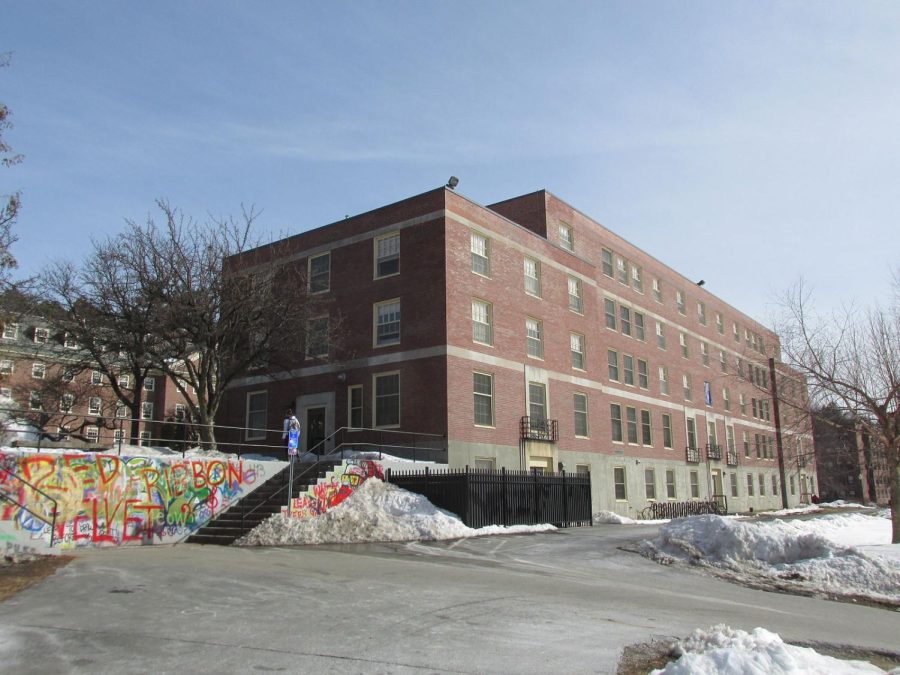 On Tuesday Oct. 26, the University of Massachusetts went into shelter in place protocol as an active threat appeared on campus.According to the UMass Amherst Alerts, UMass community members received a text notification at 12:41 p.m., along with an email, that a “hostile armed person reported near UHS.” University Health Services is located on Infirmary Way near the Central residential area, the New Africa House, as well as the Franklin Dining Hall.

Five minutes later, at 12:46 p.m., students received a text and email stating that the shelter in place had been lifted and that the individual was in custody.

Ashley Picard, a sophomore Legal Studies and African American studies major, sheltered in place during her class in the New Africa House witnessed the suspect’s detainment, “A student tried to leave class and then came back up and said we had to shelter in place. At that time we saw the alert on our phones and turned off the lights and closed the doors.”

Picard goes on to say, “When we looked out the window the cops were already there and then seconds after they ran and then pointed their guns at the guy. It was a matter of a minute from when we were told to shelter to the time he was detained.”

Raaya Alim, a fifth year senior Psychology and Journalism major, found herself unable to shelter-in-place, “I was going to Frank[lin Dining Hall] to meet with my Big for lunch and stuff, got the text, froze, and did a 180° and went back to Bartlett. I didn’t hear any of the sirens but honestly I was so scared because I’ve never really encountered a situation like that before.”

The UMass Police Department (UMPD) sent out an email at 4:06 p.m. to the campus community encapsulating the details of the event.

According to the email, Amherst Police Department (APD) notified the UMPD of the situation at around 12:30, and was speaking to the individual over the phone. The individual threatened to harm himself and said he was on campus somewhere close to UHS. However when UMPD officers arrived on the scene, UMPD determined that the individual was somewhere in North Amherst.

From there UMPD stayed to secure and protect the area. APD informed UMPD that the individual was driving southbound on North Pleasant Street, to which the UMPD sent out the UMass Amherst Alerts text and email at 12:40 p.m. informing the campus community to shelter in place.

The individual then drove up Thatcher Lane, close to UHS, and encountered UMPD, APD, and Massachusetts State Police. Police engaged with the individual and brought him into custody. Once the scene was secured, an “All Clear” notification was sent out to the campus community at 12:47 p.m.

The UMPD stated, “UMass Police, Amherst Police and the Massachusetts State Police engaged the male individual quickly and brought him into custody without incident. No one was injured and there is no ongoing threat to the community.”

The UMPD believes that this event was an isolated one. They continue to say, “We are grateful for the immediate action of the Amherst Police and our UMPD officers, and for the systems we have in place to alert the community to keep you safe from harm.”

The person of interest was found to have “a handgun and ammunition..inside the individual’s vehicle. He has been transported to an area hospital. The person is not a student, staff or faculty member at UMass Amherst” according to a UMass Amherst press release.

The school is advising any students emotionally impacted by the incident to attend The Center For Counseling and Psychological Health’s daily zoom drop in sessions “Let’s Talk.”