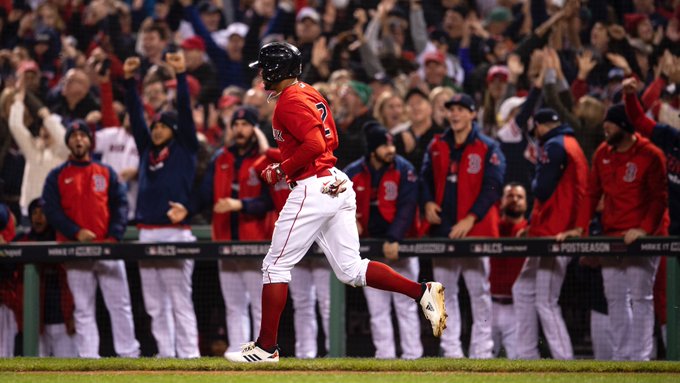 There will be no more dancing in the postseason, as the Boston Red Sox fell short to the Houston Astros Friday night. Once again the bats went silent for the Red Sox in a disappointing performance in Game 6 of the American League Championship Series.

In Game 1 of the series, the Red Sox had a 3-1 lead until the late innings of the game. The Red Sox bullpen gave up two key home runs to Astros second baseman Jose Altuve in the bottom of the sixth inning to tie the game at three runs each, and then the game winning RBI to shortstop Carlos Correra in the seventh inning. The Astros would end up getting another insurance run in the eighth inning by an Altuve sacrifice fly, making the game 5-3 in favor of the Astros. A late ninth inning rally by the Red Sox, led by center fielder Enrique Hernández’s solo home run would not be enough as the Red Sox would fall short in Game 1, losing by a score of 5-4.

The Red Sox came out for vengeance in Game 2, hitting two grand slams. Once in the first inning by Red Sox designated hitter J.D. Martinez, followed up by another grand slam in the second inning by Red Sox third baseman Rafael Devers. The home run party didn’t stop there with Hernández adding a solo shot in the fourth inning. With their best pitcher on the mound, Red Sox pitcher Nathan Eovaldi threw for 5 ⅓ innings, had three strikeouts and only gave up three runs and a walk. The Red Sox easily coasted to a 9-5 win over the Astros. 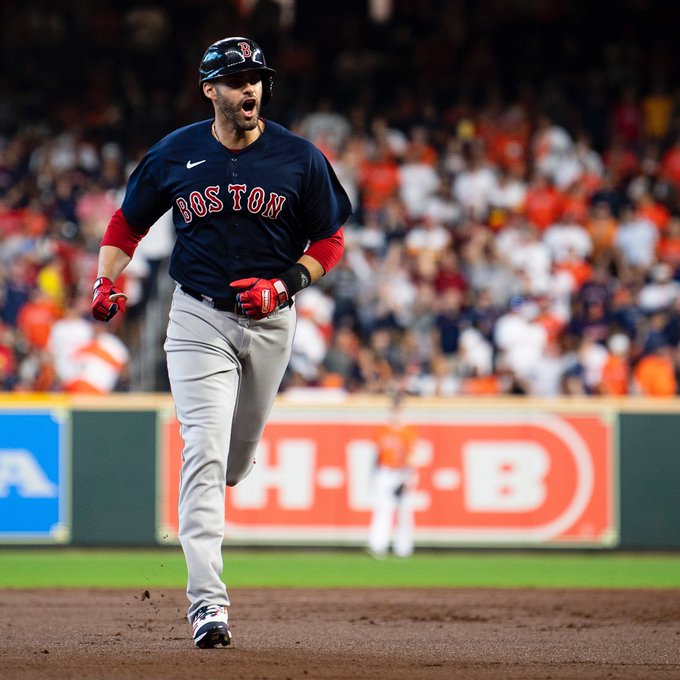 The grand slam party would continue in Game 3 for the Red Sox. Red Sox first baseman Kyle Schwarber hit a grand slam in the second inning, making it 6-0 in favor of the Red Sox. The Red Sox offense would not slow down, adding a couple two-run bombs, one by second baseman Christain Arroyo in the third inning and J.D. Martinez joined in during the sixth inning. With the addition of another good pitching game by the Red Sox pitching staff, the Red Sox went onto win this game 12-3. In this two game span the Red Sox outscored the Astros 21-8.

Everything was going great for the Red Sox, until it wasn’t. Astros third baseman Alex Bregman got Game 4 started with a solo home run in the top of the first inning. However, that was followed by a two-run home run by Red Sox shortstop Xander Bogaerts in the bottom of the first inning. After that it was a pitcher’s duel between the two teams.

The Red Sox led, until the top of the eighth inning, where once again Altuve hit a game tying solo bomb to tie the game at 2-2. Then, a disastrous ninth inning by the Red Sox gave seven runs to the Astros. An aggressive decision was made by Red Sox manager Alex Cora to put Eovaldi on the mound who pitched Game 2  days earlier, to come in to pitch the ninth for the Red Sox. Eovaldi had the bases loaded with two outs, when a big controversial call occurred. Eovaldi, who was up 1-2 on the count to Astros catcher Jason Castro, threw a curveball that was called ball two by umpire Laz Díaz. On the replay the ball was actually a strike, as the ball landed on the top right corner of the strike zone. After that, Castro would end up hitting the game winning RBI, hitting a single to center field driving in Correa. Then, the onslaught of runs came and the Red Sox would lose 9-2.

After a disappointing result in Game 4, the Red Sox should be fired up to regain control of the series in Game 5. Especially, with their ace Chris Sale on the mound. However, that did not happen for the Red Sox, as their bats went cold that night. The Astros would get an early lead in the first inning from a solo home run by designated hitter Yordan Alvarez. The Astros would tack on five more runs in the sixth inning to make it a 6-0 game. The Red Sox did get a consolation prize with Devers hitting a solo home run in the seventh inning to make it 7-1, preventing a shutout. But at last, it did not matter, the Red Sox would lose Game 9-2, and have been outscored in the past two games 18-3.

With their backs against the wall the Red Sox had a tough challenge ahead to win two games in Houston to move onto the World Series. Game 6 would not bring good fortune. The Astros struck early with an Alvarez double scoring Bregman, helped by a fault from Hernández. A big momentum boost came for the Red Sox in the bottom of the fourth inning, when Eovaldi got them out of a jam. With runners on second and third Eovaldi struck out the next three batters. Unfortunately, the Red Sox would do nothing with this momentum from Eovaldi. The Red Sox offense was no-hit until the sixth inning, when Hernández came through with a triple, but the Red Sox failed to drive in him. The Astros would get another run in the sixth inning, leading to a crucial seventh inning, the Red Sox best chance to do some damage. A Martinez walk, followed up by a single from Red Sox left fielder Alex Verdugo, would leave pinch hitter Travis Shaw up to bat next. He would end up striking out, but the questionable decision from Verdugo trying to steal second base would end up costing the Red Sox the inning. After Verdugo was tagged out at second, Astros right fielder Kyle Tucker stuck the dagger in Red Sox fans hearts, as he hit a three-run home run, sealing the game for the Astros. The Astros will face the Atlanta Braves in the World Series. The Red Sox will look to the offseason to recoup for another playoff run next year.