How many incidents of racism must be addressed until something is done? When will enough be enough? 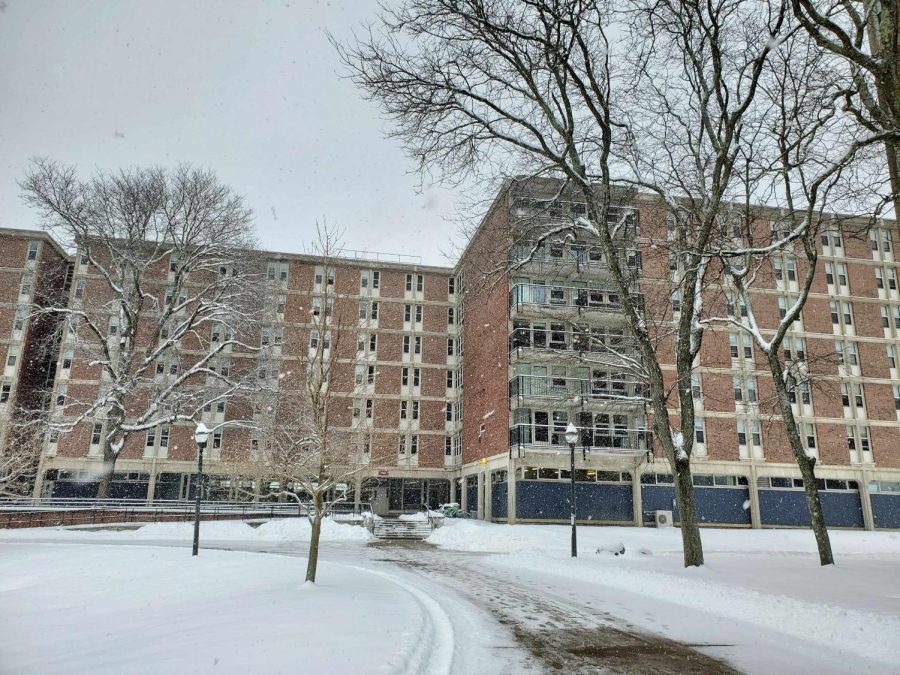 Being surprised is something I haven’t felt in a while at UMass, but I do find myself extremely disappointed almost everyday. This Monday was one of those days.

I was having a rough day so I decided to go to Sweets N More to cheer myself up. Going in, I knew that Sweets N More had a Black History Month event this week. When I arrived at the line, I was on high alert. Once I got up to order I was caught off guard when I saw a monkey drawn on the chalkboard right in front of the register, and it was labeled as such. I tried to think of any other reason why someone would draw that, and hoped it was drawn innocently.

I knew Zach Steward was there ahead of me in line waiting for his order. So I took a picture and let him know. Feeling very uncomfortable, I also let one of the co-managers know about the drawing. Shortly after, a different co-manager came out to wash the board. After me and Zach got our orders we moved to the lounge area just outside the student business. On the larger wall with a chalkboard there were more drawings. There were more monkeys and the words “just another month” in different fonts on the board. They tried to disguise the phrase by writing it in different places on the board close to each other. The person(s) who wrote it was trying to be sneaky but their message was clear. At this point, all the hope I had from earlier was gone. For a second time a co-manager came out to wash the board.

At this point I will never feel respected on campus as a Black student. And the lack of movement for action from administration last semester perpetuates the problem of racism on our campus and allows it to continue. What happened this Monday was disgusting and something that needs to not be swept under the rug. Small incidents like this build up and lead to something worse.

Students: We need to hold our peers with racist ideologies accountable

Admin: Black students, faculty and staff in this community are waiting for you to take the first step in solving this issue.

I will not let this ruin my day, week, month or semester–but I will continue to speak out against this campus’ racism and lack of accountability.

I knew Sweets n More was having an event for Black History Month with themed drinks and treats, so I went to go try one. When Aliana mentioned the monkey drawings, it wasn’t as though I was surprised. Since I’ve been on this campus there have been countless instances of racism that the administration has refused to address. Yet it still made me angry to see, given that it’s still Black History Month and that someone had taken the time, effort, and energy to do that. Writing out the word monkey next to the drawings shows a deliberate and callous disregard for another human being.

After alerting Sweets’ staff, I made sure to notify the RD and ARD of Grayson/Field, and I filled out a bias report with the Office of Equity and Inclusion as well. The next day I was advised to fill out a police report with UMPD, and an officer reached out about a day later. They were unable to find who made the drawings, which again is unsurprising. Those that commit these acts do so with the understanding that they’ll be able to get away with it, and they can act as if nothing happened. It’s similar to the email from last semester, where even though the investigation is ongoing, I’m not getting my hopes up that anything will come out of it.

As long as UMass refuses to go after the systemic issues that plague it, acts of hate will continue to happen. I unfortunately can’t walk away. I can’t take off my Blackness the way one takes off a suit. It reminds me that my Blackness is still something to be feared, to be weaponized, and to be controlled. Yet the opposite is true, my Blackness represents strength, love, power, commitment, and so much more. Despite the intention, I choose to stand against the blatant racism and to ensure that Black students are safe, secure, respected, and heard on this campus. I am proud to be Black, and nothing can take away from that fact.