The spring concert will be the first at UMass since 2019 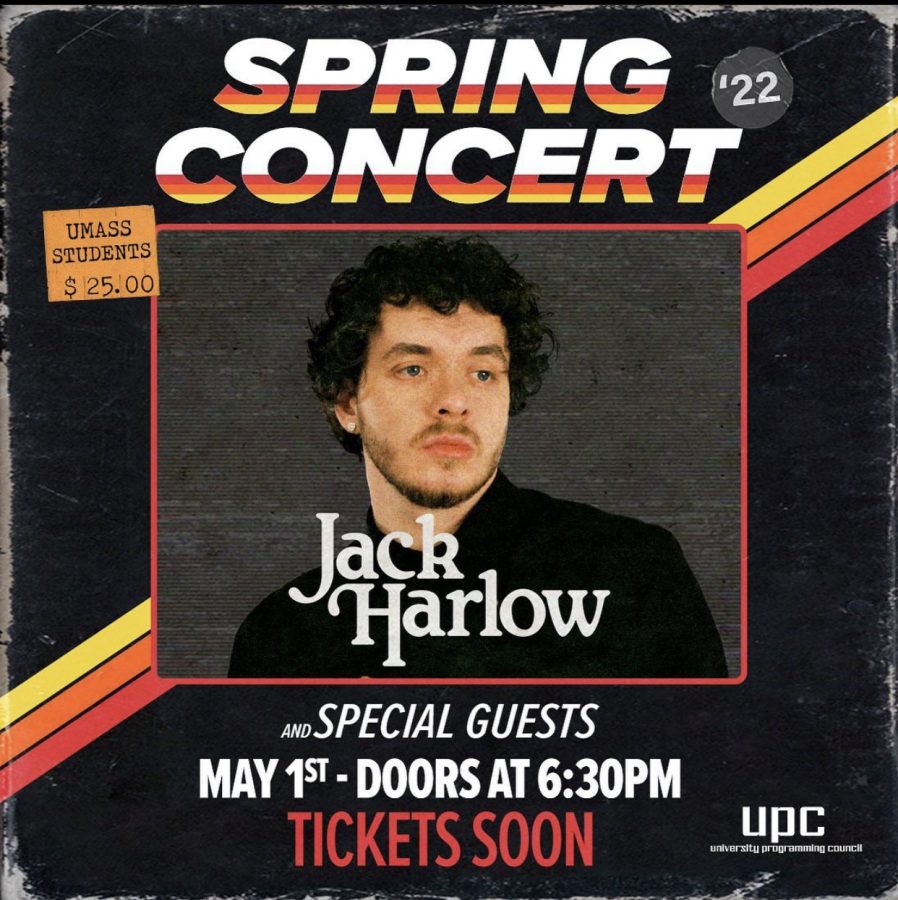 On Wednesday, Feb. 23, the University Programming Council announced that Jack Harlow will headline this year’s Spring Concert at UMass. The 23-year-old rapper is set to take the stage later this semester amid his surge in popularity.

Known for his hit single “WHATS POPPIN” and studio album “That’s What They All Say,” both released in 2020, Harlow should attract a sizable crowd at UMass for an exciting show. Follow @umassupc on Instagram for more information about the event.