Looking for some old-fashioned tunes? The Amherst Wire Staff has some great suggestions for all your music-listening needs. 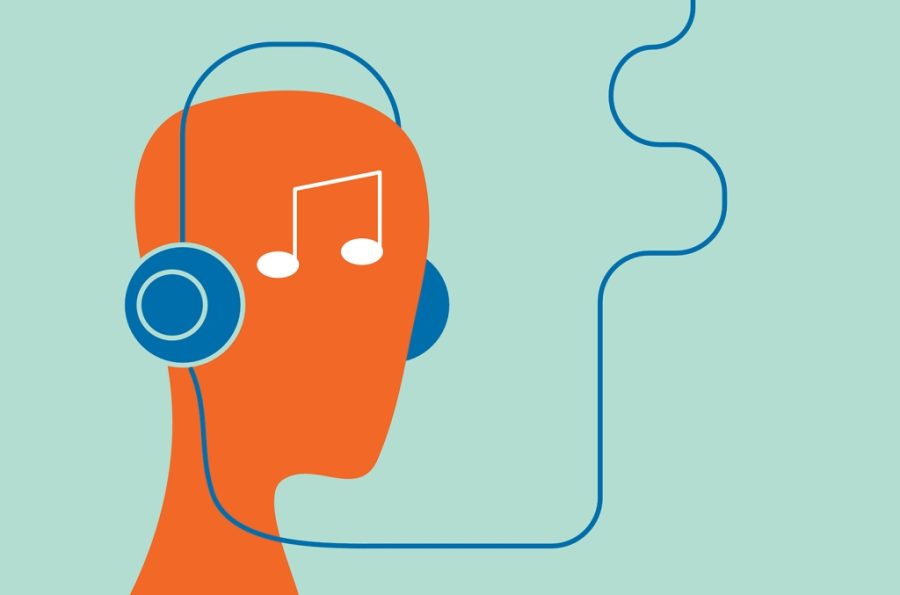 Music made today is completely different from music from fifty years ago. We’ve all heard our parents and grandparents listen to old records and albums from when they were younger. While some of these experiences may have been boring and a little embarrassing, plenty of good songs and artists have been discovered in the process by newer generations. Our editing team has the perfect list of classic songs right here. You can find the playlist on our new Spotify account down below. Enjoy!

“One of These Nights” by The Eagles

One of these nights is one of my favorites. It fits any mood and or vibe you want. Sad, uppity whatever. Also all the instruments in that song (especially the guitars) and the falsettos go stupid.

Other Picks: “How Much I Feel” by Ambrosia, “The Girl Is Mine” by Michael Jackson, “One On One” by Daryl Hall & John Oates, “How Deep Is Your Love” by The Beegees

“Ribbon In The Sky” by Stevie Wonder

The instrumental is very beautiful and so are the lyrics. I grew up on this song and whenever I think of great love songs, I think of Stevie Wonder.

Other Picks: “Is It a Crime” by Sade, “Me And Those Dreamin’ Eyes of Mine” by D’Angelo, “Rebirth Of Slick (Cool Like Dat)” by Digable Planets

“Running Up That Hill” by Kate Bush

A surprising amount of people don’t know Kate Bush’s name despite the fact that her unique brand of experimental pop shaped much of what pop musicians are doing today. Any Kate Bush song would be a good example of this, but Running Up That Hill stands out as one of those few hits from the ‘80s that could go toe-to-toe with anything on the charts from the last 10 years, while still holding the charm of an ‘80s hit that made music from that era so great.

Also, if you’re telling me you don’t feel like you’re floating during the chorus, you’re lying. You’re lying to me, yourself, and everyone around you.

Other Picks: “Galveston” by Glen Campbell, “Baby Can I Hold You” by Tracy Chapman, “Taxman” by The Beatles, “Right Down the Line” by Gerry Rafferty

You can’t go wrong with “9 to 5” by Dolly Parton with its upbeat and inspirational melody sung by one of the greatest country singers. The singer is the main reason why I like it so much, but I also find the lyrics witty and compelling for what women faced in the workplace during Dolly’s time (and sometimes continue to face). I love listening to this on my way to class, work or if I need a pick-me-up to motivate me through the week.

Other Picks: “Drift Away” by Dobie Gray, “Forever Young” by Alphaville, “Can’t Fight This Feeling” by REO Speedwagon, “Back In Black” by AC/DC

“Psycho Killer” by The Talking Heads

All my picks relate back to the era of classic rock, a genre of music that my father reared me on. But Psycho Killer is a song that my dad never played for me: I first heard it from one of my punk friends on a late night drive. Flash forward two years, I’m a college sophomore coming home from my first time skiing in 12 years with my brother and dad (spoiled alert: I spent the whole day wiping out). We were exhausted, hungry and on our way to In-and-Out. Somehow, I managed to steal the aux from my older brother and played Psycho Killer. Not only did my dad know all the words, but he started doing the Talking Heads concert choreography, which is just a lot of sharp, quick head turns. He re-enacted this band’s performance with such gusto that I’m surprised he didn’t get whiplash. Now I make an effort to play only songs from my parent’s childhood on family road trips just to see their wacky way of jamming out.

Other Picks: “Don’t Stop Me Now” by Queen, “Eleanor Rigby” by The Beatles

“I’m Still Standing” is one of my all time favorites by Elton John let ALONE in this era of classic rock. In my own personal life, the song reminds me of all the things that has happened in my life this far, whether that be Covid taking away my college experience and my life experiences, the death of my childhood dog and horse, my battle with depression, emotionally abusive people in my life, a breakup, etc., whatever that thing may be, just know that I’m still here. I’m still standing…”Yay, Yay, Yay”

What’s special about this song is how it’s about John’s battle with addiction and his journey with sobriety. I feel while it’s a catchy toon to dance around in your living room, the thought and meaning and relatability this song has to anyone listening goes beyond each and every lyric makes it that much more impactful. And the versatility that this song can apply to, makes it the perfect song to get over that breakup or how shitty covid had been to all of us. Just know that you are still standing here with us and Elton John and that’s something to be proud of.

Other Picks: “Long Cool Woman” (In a Black Dress)” by The Hollies, “Hip To Be Square” by Huey Lewis and the News , “Addicted To Love” by Robert Palmer & Eric “ET” by Thorngren, “Just What I Need” by The Cars

One of the first times I heard “September” was when I was younger, and something clicked for me. The tune, the vibes, the joy it brings makes it groovy and really fun. Earth, Wind, & Fire bring aesthetic, funk, and so much more to the song that solidifies them as a truly amazing group. When you hear it, think of fun times, good people, and vibing.

“Golden Brown” by The Stranglers

“Golden Brown,” by the Stranglers, is one of those hauntingly beautiful and disturbing songs that you can’t help but love, even if the meaning is a bit…skewed. It’s a song that harkens back to the Velvet Underground’s “Heroin,” but like a fresh, new 80’s version (like I said, it’s not a pretty subject matter). Yet, its melody enraptured me while its gentle hymn feels both oddly soothing and comforting, even if it’s dedicated to such a dark, bleak topic. The song feels both dangerous and addictive, just as its subject matter. However, the reason why I truly love this song is because of the memory I have associated with it: After living in a cemented city for many years, my first visit to New England felt like a breath of fresh air. “Golden Brown” played on repeat while driving back from Brattleboro to the Pioneer Valley. My hands danced in the summer breeze as I waved them up and down outside the car window. It was a warm night with a bright, full moon on a road lined with trees. Besides that, all I remember is smiling while singing the lyrics, “Never a frown, never a frown….” After that trip, I moved to New England from California permanently. This song has become a placeholder for that dreamy mental state when change is on the horizon.

Other Picks: “The 15th” by Wire, “Golden Brown” by The Stranglers, “Plateau” by Meat Puppets, “I’ve Seen That Face Before” by Grace Jones, “Ever Fallen in Love (With Someone You Shouldn’t’ve?)” by Buzzcocks, “Just Another Diamond Day” by Vashti Bunyan, “Eloise” by The Damned

“Bennie And The Jets” by Elton John

“Bennie and the Jets” is classic Elton John. Over the years, I have heard so many covers and remixes for this song, but none of them can top the original. John’s unmatched talent on the piano and array of pitches are so fun to listen to, especially as the beats get louder as the song continues. It’s a very comforting, catchy song that makes me happy.

Other Picks: “Dancing in the Dark” by Bruce Springsteen, “Hotel California” by The Eagles, “There She Goes” by The La’s