UMass repeats as Hockey East champions, heads to Worcester for the NCAA Regionals

UMass aims to repeat as national champions again but first faces off against Minnesota. 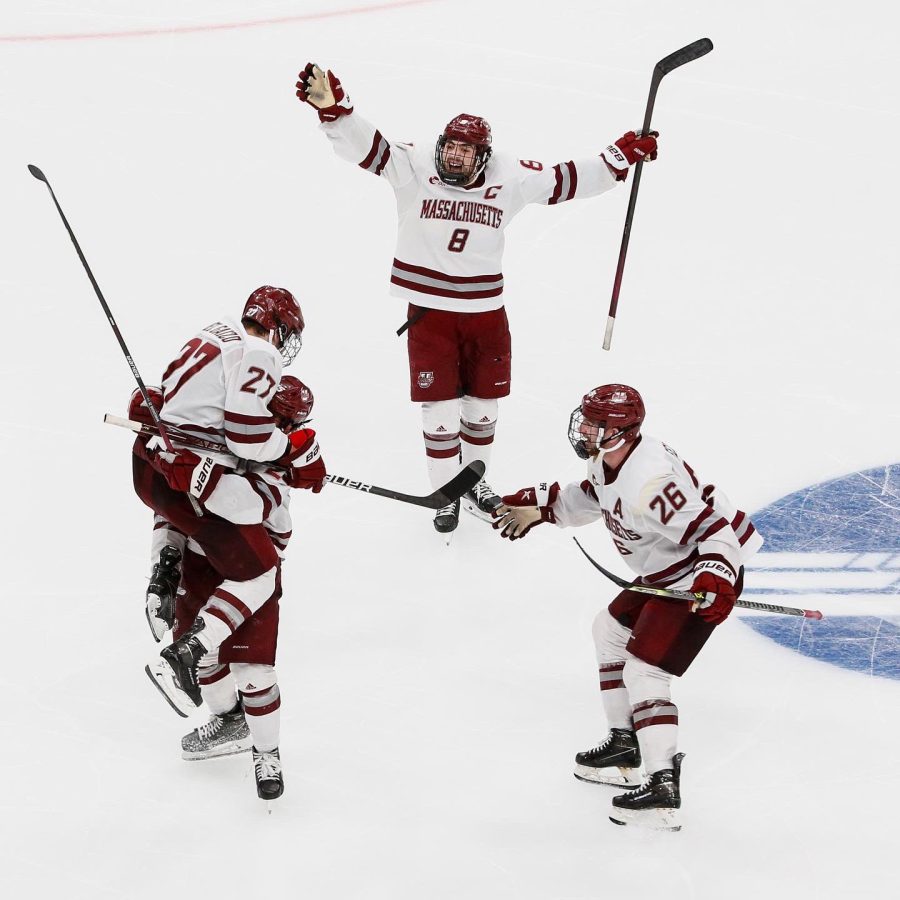 After beating UConn in the Hockey East championship game 2-1, UMass heads to regionals trying to make another Frozen Four bid. UMass split their games with UConn during the regular season with a record of 1-1 against them prior to the championship. UConn jumped to a 1-0 lead in the championship before UMass forward Bobby Trivigno scored before the second period ended, knotting the game at 1-1.

The third period would end up scoreless, forcing the game into overtime. With 16:54 on the clock, forward Anthony Del Gaizo came away with the puck, passing it over to Trivigno who maneuvered his way around a defender to get it across to defenseman Aaron Bohlinger to win the game and send UMass to regionals.

Best coach I have ever played for. https://t.co/qIKkSYwUkZ

“I’m so proud of our kids,” said UMass head coach Greg Carvel. “Last year where you know we had three home games at the Mullins Center to be champions. This was a little more exciting this year, but it feels equally just as awesome. I’m so happy for our program, our kids – they deserved it.”

Trivigno is currently a candidate for the Hobey Baker Memorial Award, given to the top collegiate hockey player in the nation. Coach Carvel described the Hockey East Tournament MVP-winner as “the most unique player” he’s ever coached with an “unmatched” fire inside of him.

I love this quote from Bobby Trivigno. Carvel said last night that they recruited Trivigno on a 1/2 scholarship b/c few schools had interest. Credited former assistant (Maine HC) Ben Barr with “seeing something inside this kid.” Said he’s “the most unique kid I’ve ever coached.” pic.twitter.com/rls1jRXJTL

The two-time first team forward will look to lead UMass past Minnesota this Friday, March 25 at 6 p.m. with the game airing on ESPNU. If UMass can win two more games, they’ll return to TD Garden, en route to another Frozen Four appearance.