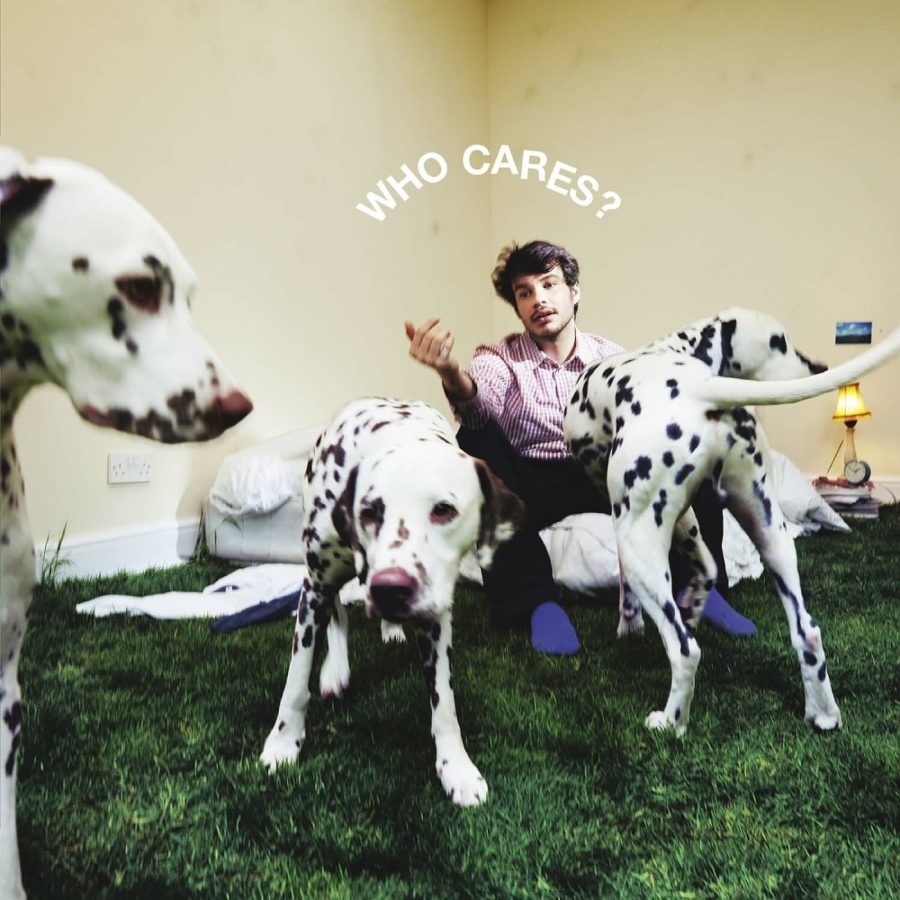 Rex has returned. Alexander O’Connor, better known as Rex Orange County, released his studio album “WHO CARES?” on Mar. 11. After blowing up on SoundCloud, the 23-year-old from the UK has established his music identity as a mixture of hip-hop and bedroom pop. His latest collection features the works of Benny Sings and Tyler, the Creator, who both have collaborated with Rex on previous albums and popularized his name throughout music.

“WHO CARES?” is a fairly short album, with only 11 songs on the track and none longer than five minutes. Per usual, Rex relies on smooth, violin and guitar instrumentals to transition from song to song, creating dreamy sounds. Unlike his older albums, Rex’s newest release takes inspiration from his breakup with ex-girlfriend, singer-songwriter Thea Morgan-Murrell. The couple dated for five years but unexpectedly split in November 2020, serving as the subject for Rex’s songs about love-related secrets and mental health struggles.

To start off the album, “KEEP IT UP” resonates with me as a source of motivation and positivity. Released on Jan. 26 as a single, Rex’s upbeat energy pairs well with the drumming in the background. The lyric “You no longer owe the strangers / It’s enough, it’s enough” reminds listeners that you should always put yourself first, while also providing a feeling of empowerment. Next, “OPEN A WINDOW” is a perfect combination of foot-tapping melodies and catchy rap, as Tyler, the Creator switches up the tempo. You can hear the chemistry between the duo, especially since they have joined forces in the past for “Pony” and “Flower Boy”.

‘WORTH IT” is the first let down in the album, as an extremely long, instrumental introduction dulls the mood set by the two openers. The funky beats are something not often associated with Rex, but I would consider this track as a definite skip. However, the vibes drastically improve with “AMAZING,” as Rex dedicates the song to a previous lover and shares his passion and sensitivity. “Don’t change a thing, you are amazing / I can’t believe you’ve come and saved me” shows his gratitude and love towards this individual. Focused on his craving for love, Rex continues with “ONE IN A MILLION” and makes it clear that his woman of interest is the only one for him. Here, the accompanying instrumentals get slowed down, allowing Rex to sing from deep within his heart.

Reaching the halfway point of the album, “IF YOU WANT IT” seems to be the odd one out in the collection. Rex sounds very auto tuned throughout the track and the overall sound quality is much lower in relation to the other songs. The lyric, “Let’s just believe that we belong if you want it,” does not sit well with me, considering the fact that Rex usually avoids his toxic relationships as subjects for songs. “7AM” is easy to relate to, speaking about anxiety and the fear of failure that many people struggle with. Rex preaches this common problem, saying “What if I’m not cut out for this?” to prove that anyone can face adversity.

My favorite song is easily “THE SHADE. I love the rhythm throughout the entire track and Rex’s voice is so therapeutic to listen to. Although the meaning is filled with sorrow and regret, this song is worth pressing the repeat button. Right behind it, ‘MAKING TIME” and “SHOOT ME DOWN” are both very slow-paced and feature subtle instrumentals, but give off calming energy with the longest runtime of the album. Finally, Rex finishes off his first album since “Pony” in 2019 with the title track, “WHO CARES?”. Asking this question establishes a sense of hope and carelessness and ensures that the small things in life that induce stress really aren’t a big deal.

All in all, “WHO CARES?” showcases Rex’s strengths as a songwriter and performer, making me feel nostalgic about his 2017 album, “Apricot Princess,” which is shadowed in many of his songs today. However, some of the tracks sound rushed and not thought out well enough. Although Rex tends to include Tyler, the Creator in a majority of his productions, I would love to see Rex take some risks and incorporate other artists with similar styles, such as Frank Ocean or Daniel Caesar. Personally, I think this album was played too safe, but nonetheless, Rex speaks about an abundance of issues that we all can relate to. Packed together in less than 35 minutes, Rex is in a good position to continue his success streak.

Interested in seeing Rex perform live? He is coming to Boston for his “WHO CARES?” tour, playing at the Leader Bank Pavilion on May 11 at 8 p.m.