Hypocrisy & Whiteness are Two Peas in a Pod

The Oscars are a bastion of hypocrisy and this year's show proved it. If society is to condemn Will Smith, there must be condemnation across the board past and present. 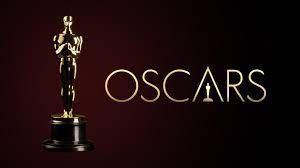 Phew! Busy few days, as we are now a little over a week since “the slap heard around the world” occurred. Will Smith retired from the Academy of Motion Picture Arts & Sciences last week, doing so with acknowledgement that he will accept whatever punishment the Academy deems fit. As mentioned in a previous article, there are more important things to discuss than this, as well as other things that will come up in the future. However, the hypocrisy shown with regards to this situation is so glaring, I feel the need to point it out.

The Academy has not forced the majority of those that have been accused of sexual assault/harassment/rape to give up their awards or face any other consequences, although Harvey Weinstein, Bill Cosby, & Roman Polanski have been kicked out. Why not Gary Oldman? Casey Affleck? The myriad of other white men that have been accused? They are rewarded for violence and maintaining toxic masculinity, while a Black man who was fed up with hearing people talk crap about his family, or by extension himself, or for whatever reason people want to believe decides to do something about it and he is blackballed. Bad Boys 4 is on hold, a movie deal with Netflix is on hold, and there are talks that his career has ended. What about Dave Chapelle? Where is the outrage when his Netflix special, filled with transphobia, misogynoir, and more, prompted a walkout of transgender Netflix employees and allies? He was backed by the higher-ups at Netflix, and doubled-down on his comments. Why is he rewarded and given success while Will Smith is condemned and crucified? No condemning one without the other, especially when Chapelle’s words carry as much violence behind them as “the slap”, if not more.

Words and actions mean something, and people must be cognizant of that. There must be consequences for when someone does something wrong, and there can’t be cherrypicking when this happens. The Academy “doesn’t condone violence”, and yet it does if it comes from white people. People are treating Will Smith as though he is scum for doing what he did, yet don’t bat an eye when the descendants of the arbiters of colonialism, racism, white supremacy, imperialism, and so much more continue to do so, here and abroad. The hypocrisy is glaring and loud, and it is intense. Black people are not perfect, yet white society expects them to be, to be the kind of people that they can accept. They want them to remain subservient, quiet, and grateful for what they’ve been given. If they aren’t, they lose everything and are relegated to a worse fate than before. Will Smith stepped out of that box at the Oscars, in a way that was unacceptable to white society. My point? Keep the same energy for everybody, not just those they deem expendable.