Marcus Smart breaks through and wins DPOY as a guard for first time in 26 years. 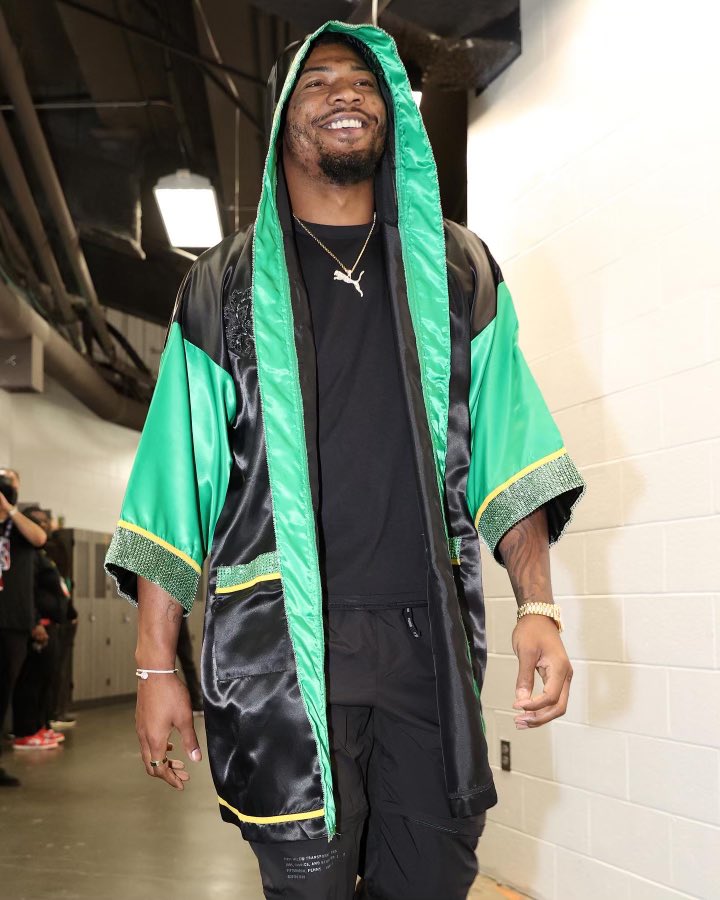 Twenty-six long years. That is how long it has been since Seattle Supersonics guard Gary Payton hoisted the Defensive Player of the Year award. Since that season, 15 centers and 10 forwards have won the award. Although there have been some guard nominees, most recently then-Philadelphia 76er Ben Simmons, none have been able to obtain the award. Enter guard Marcus Smart, the 2021-2022 Kia DPOY, who has had a sensational season both offensively and defensively. Although so much of Smart and Payton’s games mirror each other, so much has changed since the latter won the award.

A special moment today celebrating the heart and soul of our team, @smart_MS3 ☘️ pic.twitter.com/OPcgYbMmxt

When Payton was selected as the league’s best defensive player, “Macarena” by Los Del Rio was the number one song on Billboard’s Year End Top 100 Singles. Adam Sandler’s iconic Happy Gilmore had just been released in theaters. Major League Soccer was in the midst of its pioneer season. Payton’s Seattle-based team, the Supersonics, have since been relocated and renamed as the Oklahoma City Thunder.

Not only has a lot changed in pop culture since 1996, much has changed on the hardwood itself as well. In many NBA circles, the 90s will always be remembered as the time when Chicago Bull Michael Jordan established himself as the greatest human to ever touch a basketball. For others, the decade will be remembered for the physical style of play that players endured. The rules were far less tailored to the offense and therefore there were fewer fouls and lower scoring games. Payton, referred to as ‘The Glove’ for his defensive prowess, was allowed to get into his opponents in a way that would be unheard of in today’s NBA. Watching his highlights today serves as a reminder that the league has changed so much over the years and that we are so lucky that television quality has improved immensely.

If Smart was able to travel back to Payton’s era he would fit right in with the rest of the league and would arguably be even more dominant on the defensive end of the court. Smart’s strength and physicality, as well as his willingness to take charges, set him apart from other point guards. His tenacity and heart were what got him to the NBA and his improved playmaking and three point stroke are two qualities that will keep him a very rich man (and hopefully a Boston Celtic).

The soon-to-be three time first team all defender has been the heart and soul of the Celtics ever since he was drafted out of Oklahoma State in 2014. The Celtics boast the best defense in the league and Smart has everything to do with that. Even without center Robert Williams III they have been able to maintain the same level of elite team defense, only solidifying just how good Smart is on that end of the court. It has been even more apparent in the Celtics’ current playoff quarrel with the Brooklyn Nets who have struggled mightily at times thanks to Boston’s versatility and Smart’s quarterback-esque playcalling on defense.

In the same way that the MVP award in the NFL is made for quarterbacks, the DPOY honor is built for big men in the NBA. Smart may be smaller than Utah Jazz center Rudy Gobert, Milwaukee Bucks power forward Giannis Antetekounpo and other candidates in terms of physical stature. In terms of heart, Smart is the biggest guy on the court. As important as it is for the team to stay focused on the road ahead, it is equally important to acknowledge the historical significance of Smart winning the award. Although it is a rarity for guards to win the award, as long as Smart is on the court, there should always be a guard in contention.