10 of our favorite Nirvana tracks 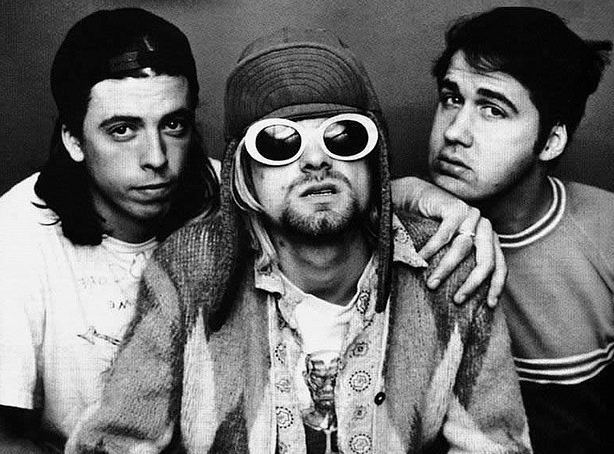 Nirvana is one of the pioneers of the Grunge scene of the early 1990’s. They broke down the barriers of rock and crashed into the music scene by creating a new sound. Nevermind, their most successful album, even knocked Michael Jackson off the Billboard Chart. Decades later, their music has influenced millions of musicians and fans across the globe. Here’s a list of 10 of our favorite Nirvana tracks.

This is one of the angriest songs in Nirvana’s arsenal and it shows. Its obscure beginning, rapid drum roll, and eccentric screaming from Kurt Cobain unleash this untapped power of Nirvana’s musicianship. A short, but brutal song, it’s hard to not want to thrash around and destroy your house.

This song is indisputably one of Nirvana’s most successfully commercial songs. If Weird Al can parody a song like this, then you know you have a masterpiece of a song on your hands. This song isn’t on the list for just success alone. It is exhilarating to listen to; it’s catchy, bouncy and downright fun to listen to. It is almost impossible to not headbang to this song.

Deep, guttural and just overall beautiful. “Floyd the Barber” is essentially the most “metal” piece to come out of Nirvana. It deserves a spot on this list mainly for how different the tune is from the rest of their songs.

Eerie but artistic “Big Long Now” offers up a more serious form of material in Nirvana’s music. Lyrically, it is dark and depressing. Slow, ominous guitar and bass accompaniment gives the song an unsettling atmosphere.

Nirvana’s “MTV Unplugged” session was an interesting venture into an alternative look for the band. This version of the song really showed Cobain’s potential as a phenomenal singer. A song of pure beauty, it accentuates the potential Nirvana could have had in the future.

Ugly, dirty and downright crazy: that’s what “Heart Shaped Box” is. It may not have the cleanest instrumentals, but it gets the point across that a song as popular as this does not need them.

Although the original title of the song was called “Rape Me,” it was relabeled to “Waif Me” so it could be sold in various retail outlets. The original title may not be the nicest of titles, but it just goes to show that Nirvana couldn’t care less about what to name their songs. The lyrics themselves are also nowhere near clean, however the simplicity and the ferocity of the piece helps perpetuate the grungy.

Hands down, one of the best covers of David Bowie out there. This gem debuts some of Cobain’s finer vocals and is an overall fantastic cover.

The opening bass line in “Blew” is the hook that Bleach needed to grab the listener’s attention. Like the rest of the album, it is raw and ferocious. And was possibly a sign of things to come for Nirvana.

The range of vocals from Cobain helps propel the song “About a Girl” into a whole new level of craftsmanship for Nirvana’s song writing. The unplugged version enhances both the beauty and power that the song provides.

Alex Lindsay can be reached at: [email protected]