Boston Strong: A playlist for our city 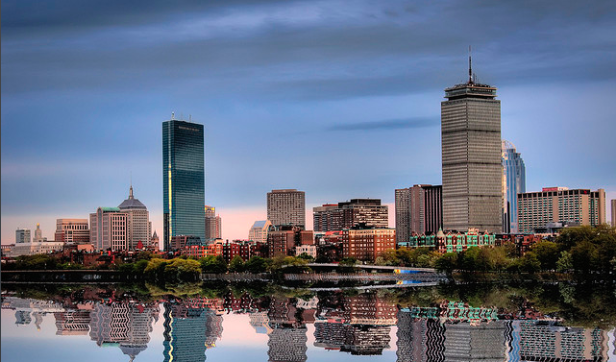 As the one year anniversary of the Boston Marathon bombings approaches, the city of Boston prepares to run harder than ever as they race to the finish line yet again on April 21. In honor of those who lost their lives on April 15, 2013, the first responders, the survivors, and the city with a warrior’s heart, we present a playlist that symbolizes Boston and the state of Massachusetts.

1. “Dirty Water” by The Standells

“I’m gonna tell you a story. / I’m gonna tell you about my town,” opens Standells front man, Larry Tamblyn in “Dirty Water.” What better way to kick off our playlist with none other than this classic? The song was composed by The Standells’ producer, Ed Cobb, mocking the polluted Charles River. “Dirty Water” has become an anthem for Boston. Teams like the Red Sox and Bruins have played this track during games. That “dirty water” is part of our home.

2.“Shipping up to Boston” by Dropkick Murphy’s

The Dropkick Murphy’s classic catapulted when the song was featured for a little film called, “The Departed” starring Boston natives Mark Wahlberg and Matt Damon. Those ominous, opening strings never fail to get everyone pumped up.

3. “Walk This Way” by Aerosmith

The bad boys of Boston have to be featured on our list. This track has fun guitar riffs and a catchy chorus that’s easy to sing along to while you practice your Steven Tyler impression.

The Western Mass band got their start right here at UMass. Band members, Joey Santiago and Black Francis met while living in the Sylvan dorms and even played shows in the basement of Van Meter. Their most famous track, “Where is My Mind?” is off their album, Surfer Rosa.

There will be a somber atmosphere at the Marathon this year, but remember this: we are one. Remember that the Marathon represents togetherness, so let the good times roll with this in mind.

Dedicated to the first responders, Boston hospitals, and citizens who helped each other.

The perfect closer to this playlist. “Sweet Caroline” is such an iconic song for the people of Massachusetts. It’s played at every sporting game and brings everyone together when we sing it. Neil Diamond performed this song live on the Green Monster five days after the tragedy and it brought every person in the stands closer.

Nathalie Sczublewski can be contacted at [email protected]