All guts, all gory : Horror films you may have missed 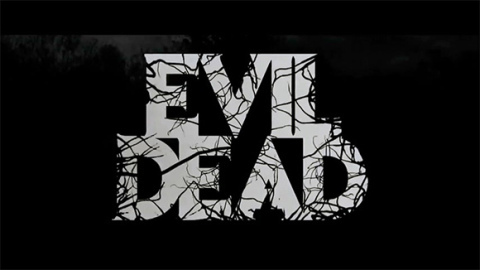 There is a strange joy in watching something scary. We draw amusement from this synthesis of fear and relief; we cover our eyes to feel safe, but peer through the gaps in our fingers. Whether we enjoy the guesswork and consumption of gratuitous gore, or because of masochistic psychological tendencies, we love a good horror movie.

While some films evoke pure terror, others are broadly entertaining, and the genre continues to evolve as filmmakers adopt and combine different techniques. Exciting, intimidating, intelligent and intense, these are the types of films worth watching this Halloween.

“Evil Dead II” (1987) — a film by Sam Raimi
Watching “Evil Dead II” is the second-best way to spend a night with the lights off. A triumph in camp horror, this sequel to the 1981 slashterpiece is a familiar trip to a cabin in the woods. Cult favorite Bruce Campbell returns as Ash Williams, a quotable personality forced to ward off evil spirits inhabiting the bodies of those around him. With hilarious characters, mockable special effects, and more fake blood than a “Jaws” exhibit, this film is the pinnacle of entertainment horror. “Evil Dead II” is equal parts comedy and horror, blending genuinely frightening sequences with off-off-broadway theatrics. It’s unapologetically cliché, and therein lies its charm. It’s the type of film that makes you wish you were a part of the cast and crew—an elaborate inside joke, and it only gets better with age.

“Maniac” (2012) — a film by Franck Khalfoun
A remake of the 1980 cult classic, “Maniac” is an insight into the mind of a psychopath. Told from the viewpoint of a killer, the film is a tale of shattered glass, told from the perspective of gravity. Elijah Wood stars as Frank Zito, a drug-addled madman with mommy issues, and much more. After encountering a woman he’s met online, Zito suffers from a series of manic fits. What follows is unlike anything you’re likely to find on Match.com. It’s horrible, it’s unsettling, and it’s curiously engaging. The film abandons the low-budget aesthetic of its predecessor, updating visual and narrative elements to create a highly stylized work of art fiction. With a subtle but attentive soundtrack, “Maniac” excels with a quick pace and no remorse; it keeps you on the edge of your seat with intrigue, nervous yet eager to see what happens next.

“Let the Right One In” (2008) — a film by Tomas Alfredson
Finally, a vampire movie you can really sink your teeth into. “Let the Right One In” is an evocative Swedish thriller about a boy named Oskar and his newfound companion, Eli. He has a harrowing resentment for school bullies, and oh, she’s a vampire. It’s like ‘Twilight,’ but with characters you should actually care about. “Let the Right One In” is a sympathetic take on the vampire mythos, but don’t mistake these feelings for accord; at it’s core, this film is the actualization of fear. A gripping and deliberate feature, each shot contributes to a calm yet unsettling atmosphere. The recurring image of blood-drenched snow is not an accidental parallel to Oskar’s fading innocence. As beautiful as it is terrifying, the film is an assault on all senses, and one with endearing purpose: the guns have to go off before the smoke can clear.

“Funny Games” (1997) — a film by Michael Haneke
When parents Georg and Anna take their son to a vacation home in Austria, youthful neighbors Peter and Paul use the opportunity to hold the family hostage. What follows is a catastrophic deconstruction of the human spirit. ‘Funny Games’ is a German film about introspection and a humiliating lack of privacy. The subject matter is perverse, though the film shies away from graphic imagery. Instead, the audience is forced to visualize the grotesque, torturous details. The result is a quintessential experience in psychological horror. “Funny Games” doesn’t just get under your skin, it burrows deep inside of your veins. It is a film focused on changing how you think—and that’s what pushes it overboard. What the film lacks in visual entertainment, it make up for with a lasting cerebral unease. For the people that peer through gaps in their fingers, “Funny Games” questions why we choose not to simply close our eyes.