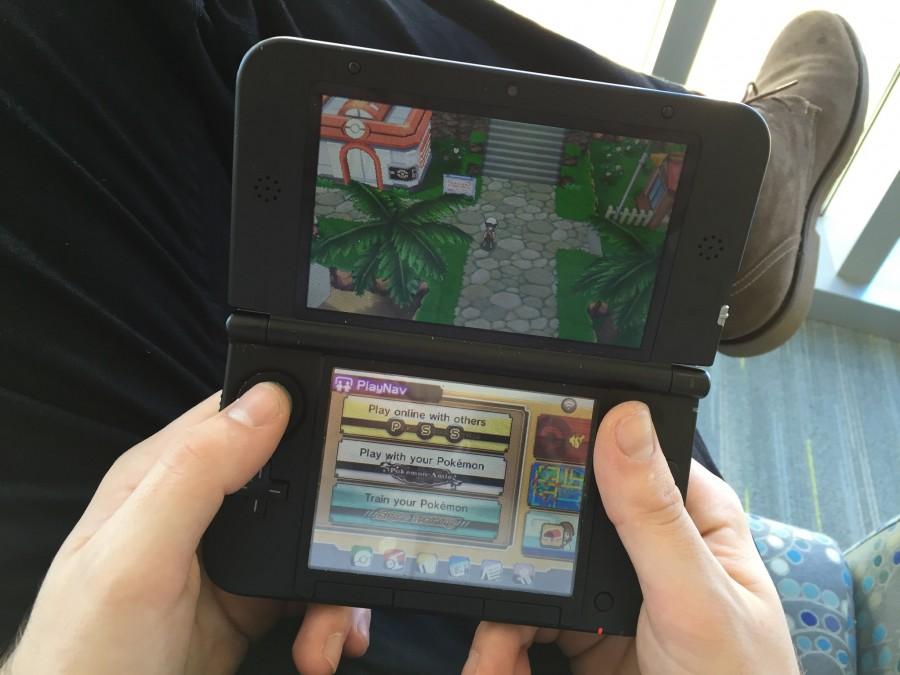 Twenty years of catchin’ ’em all

Pokémon is much more than just a game. To some, it's quite literally a way of life.

The global phenomenon, Pokémon continues to grow and innovate as the years roll on, and this year, on Feb. 27, Pokémon turns the big 2-0.

Since the time of its inception, Pokémon has highlighted the simplistic characteristics a role-playing game, or RPG exemplifies. It focuses on traveling, training through combat, adding to your existing party and ultimately triumphing as the young hero in the age-old tale of “good versus evil.”

What Pokémon has done with these traits is truly remarkable, and it’s proven true by its history; the series sold over 260 million copies worldwide since its initial release, a feat surpassed by only one other game, Nintendo’s iconic “Mario.” The popularity of Pokémon has led not only to the development of more games but also numerous amounts of merchandise, spin-off games, an anime, a movie, a manga, a trading card game and even real life “Pokémon Centers” throughout Japan.

So what keeps fans coming back for more?

I remember turning five, in May of 1999. My mother threw me a birthday party at the local bowling alley, Duckpin Bowling. After a couple hours of bowling, pizza and cake with friends, like most children’s birthday parties, came time for opening presents. I got clothes, different toys and things I can’t remember, but the one present that has stuck with me to this day was this small, rectangular and lightweight box. I knew my aunt —”Auntie Elle” as my siblings and I call her — had some help picking it out (my mom knew what I really wanted).

I couldn’t wait to go home to pop this sucker into my purple GameBoy Color and immerse myself in a new world far away from southern Connecticut. I watched the opening credits (or maybe I didn’t — I didn’t have much patience at that age) and pushed start. A new game started and Professor Oak introduced me to the imaginative world of Pokémon.

I remember distinctly naming my character Ash, after Ash Ketchum from the anime, and starting my first ever Pokémon journey in the second story bedroom of my character’s house in Pallet Town. Seventeen years later, the game hasn’t changed much. Sure, aesthetics have advanced, music has become more symphonic, gameplay tweaks were made and the catalog of Pokémon is now more expansive than ever, but the core concepts I grew up with still remain: training, traveling, exploring, growing, trading and interacting with friends.

To commemorate its upcoming twentieth anniversary, The Pokémon Company will release “Pokémon Go” sometime this year. The mobile application aims to emulate the Pokémon games in real life with an emphasis on travel. A three dimensional fighting game called “Pokken Tournament” that pits the cute and terrifying Pokémon in hand to hand combat against each other is set to release in March.

The Pokémon Company dropped one last bombshell on fans a few weeks back with the release of a trailer for another spin-off game titled, “Detective Pikachu.” Not much is known regarding the plot of the game but, according to information provided by Kotaku, the player takes control of a young man by the name of Tim Goodman in an urban area called Rhyme City. The player looks for their father while Pikachu assists them in translating conversations with other Pokémon.

Pokémon is a game that has players take control of a young boy or girl protagonist who is going to embark on their first Pokémon journey. After meeting their starting town’s Pokémon professor by chance or by appointment, the player is given one of three starter Pokémon and a PokeDex (a Pokémon encyclopedia of sorts) and they are whisked away to start their brand new adventure with their partner Pokémon in one of the six regions: Kanto, Johto, Hoenn, Sinnoh, Unova or Kalos, depending on the respective game.

Satoshi Tajiri, the game’s creator, liked to collect insects as a child. Pokémon takes this affinity to new heights, with the overarching goal of the Pokémon series to “Catch Em’ All,” a catchphrase that has been used since the game’s release in 1996. This accomplishment gets more difficult as the years go on, since more Pokémon are added every few years; there are currently 721 Pokémon as of the sixth generation.

How is Pokémon still popular after all these years?

It could be the creation of new Pokémon characters that gets new and old fans buzzing with excitement on various online forums as teasers throughout popular magazines like CoroCoro show ambiguous images of what could be the new starter Pokémon for a brand new region.

It could be the introduction of a new mechanic that has been on the minds of players for years (like the 3D transition from generations V-VI.)

It could be a fan-favorite Pokémon’s opportunity to receive a mega-evolution (Where are you Mega-Flygon?).

It could be the multitude of ROM hacks online, or fan-created versions of the games, that spice up the Pokémon world in between official releases.

It could even be the continuously upgrading competitive scene on websites like Pokémon Showdown, where anyone can create an account, build a team and battle against other players on the website.

Seventeen years later, and I am still hooked. I may have a job, my undergraduate classes and a girlfriend, but I also still have Pokémon. I have a new Nintendo 3DS which I use to play the new games that come out; I frequently talk about Pokémon with my friends or on the Internet; as new games come out, I always put some time in here and there to bask in the memories of my youth, to take myself back to a much simpler time and to just relax and enjoy what The Pokémon Company has given me: true happiness.

Whatever the case may be, Pokémon has proven how timeless it can be and how accessible it is. Old players can go to their dressers and pull out their old copies of “Pokémon: Gold Version,” complete with an old save file, and again enter a whole new world, even if just for a few hours. They can lose themselves in the beauty of the Johto region, and reminisce about catching the Red Gyarados at the Lake of Rage once again, just like the very first time.

Pokémon players and fans alike are going online for much more than to look up guides or to figure out how to do the Mew glitch just right. Players are using one platform in particular to showcase their love of their favorite childhood game series: YouTube.

On YouTube, video games are highlighted and showcased in the form of tutorial guides, braggadocio gameplay, or Let’s Plays, videos that show a user playing a game, usually with added commentary as a form of entertainment to viewers. Content creators, as they are called, are coming out of the blue and feature the intricacies of Pokémon in their videos, either competitively or just for fun.

They help bring Pokémon to a generation who may not have grown up with the original games and also make the gameplay whimsical, fun and nostalgic to older viewers.

Joey PokeaimMD wakes up around seven or eight in the morning, eats breakfast, and then does something that may be considered out of the ordinary. He spends three hours recording and editing videos to go on his YouTube channel. You see, Joey is a Pokémon content creator with an impressive following to boot: 102,000, and counting.

He uploads daily, frequently showcasing his battling skills on the popular online battle simulator, Pokémon Showdown. Sometimes he streams on the popular streaming website, Twitch, usually from one to four in the afternoon, right after he exercises. Joey’s favorite part about YouTube is that he has a chance to educate his viewers, even if it’s just from his computer in New York.

“I really like when I see someone comment, ‘Joey you really got me back into Pokémon,’ or ‘You helped me with my battling skills,'” Joey said in a Skype call.

Another Pokémon content creator, JayYTGamer, laughed at the idea that this generation of kids playing Pokémon will never understand using a link cable or having to get a back light attachable for the Gameboy Color to play in the dark. Jay remembers playing Pokémon when the first generation came out in the United States in 1998. One of his friends on his block had a copy of Pokémon: Blue, and he would frequently go over his house to watch him play and even borrow the game from time to time. Eventually, he was able to get a copy of Red for himself.

“One of my fondest memories of Pokémon was when I was in sixth grade,” Jay said in a Skype call. “I was in gym class, I was playing Pokémon: Ruby, and I had made it to the Sky Pillar. I was tryna catch that level 70 Rayquaza. It took me forever to catch, but I caught it in green health with a Poke Ball.”

aDrive, on the other hand, is newer to the Pokémon content creating scene, but nonetheless has himself an impressive following. Known for his innovation, aDrive is a prominent shiny hunter (a person who catches Pokémon with rare alternative color palettes). He has also created new playstyles of Pokémon that have been catching the eyes of viewers and creators alike.

Although each creator comes from a different part of the United States — Jay is from North Carolina and aDrive is from Connecticut — their impact on YouTube and on the Pokémon community as a whole is necessary, loved and accepted with open arms.

That’s what Pokémon is all about.

Twenty years ago, Pokémon was nothing more than just a game with numerous glitches, a color palette that you could count on two hands (if that), sprites that looked grotesque and unpolished, and an annoying but lovable soundtrack. Yet, nothing is more nostalgic than remembering to walk into the grass on route one and have Professor Oak, with an exclamation point on top of his head, trot on over to you and explain that it’s too dangerous to travel in tall grass without a Pokémon.

Or, in Gold and Silver; traveling the incredibly long path of Mt. Silver, battling various high level Pokémon and eventually making it to the top of the mountain to battle Red in an epic battle waging first and second generations of Pokémon to a climatic finish.

Or, in Ruby and Sapphire; exploring the incredibly expansive oceanic terrain to get lost numerous times, especially while trying to figure out the Regi trio puzzle.

Or, in Diamond and Pearl; watching the evolutions of some of your favorite Pokémon from past generations including Porygon2, Magmar, Electabuzz, Kirlia, Togetic and even two new members to the eeveelutions line, Leafeon and Glaceon.

Or, in Black and White; taking a serious turn and liberating Pokémon, something that had never been discussed in the series prior.

Or, finally, in X and Y; exploring a 3D environment, an even more expansive catalogue of Pokémon and the mystical mega-evolution.

Pokémon is much more than just a game. To some, it’s quite literally a way of life, and, to others, it is something that they can always pick up and put down whenever they like. It is a connecting topic, an icebreaker: “Everyone has heard of Pokémon, right?” And even if they haven’t, everyone knows the cute little yellow mouse, Pikachu.

No matter what direction the company decides to go in, fans can be confident that the ever-lovable charm of Pokémon will always be there. Cheers to you and thank you Satoshi Tajiri, Game Freak and The Pokémon Company for 20 years of irreplaceable memories. 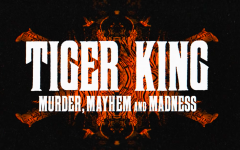 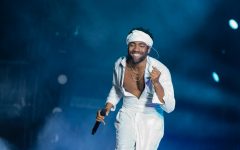 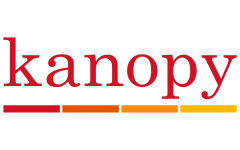 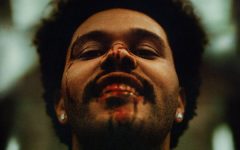 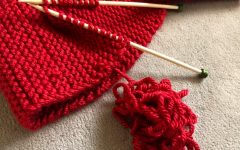 A guide to unplugging during quarantine 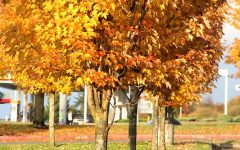