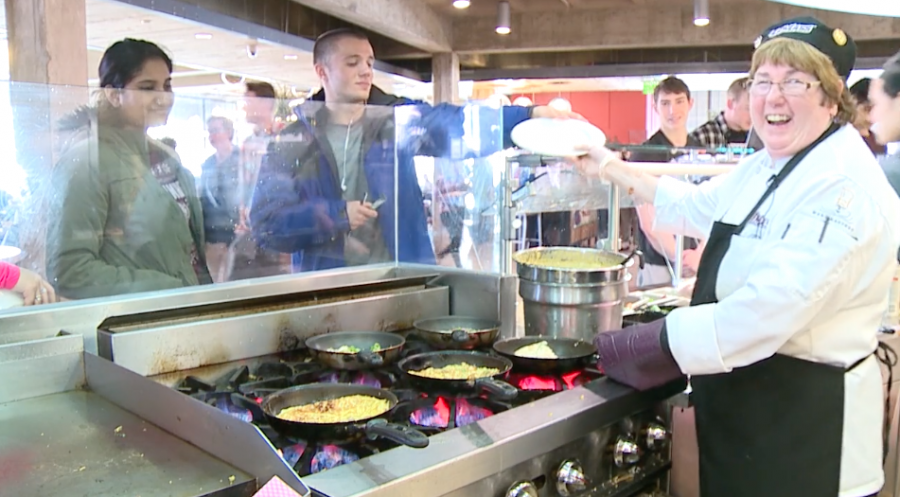 A virtuoso at the omelet stove, Joanne is always in constant, precise motion, her left hand in an oven mitt, and her right exchanging a once-empty plate for a heap of egg and cheese.

Joanne Keller, better known to many as “the Omelet Lady,” has worked at the Hampshire Dining Commons at the University of Massachusetts Amherst for nine years, but has claimed the omelet lines as her own for the past five. 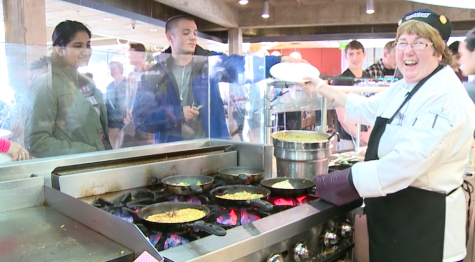 Prior to blessing UMass with her perfectly engineered omelets, Joanne juggled working as a parks and recreation director in Hadley, Mass. and raising her children. It wasn’t until her daughter reached 16 years old that Joanne decided it was time to pick up a full-time job, and went straight to the UMass campus, having been previously employed there in her 20s.

“I came in on a Thursday, and I started work that Sunday. And so I became a cook,” Joanne said enthusiastically. Other than cooking in the home, she had no cooking experience before employment. “My co-workers taught me everything,” she said. Joanne’s main duty at that time was preparing big batches of food and rotating between cafeteria lines. 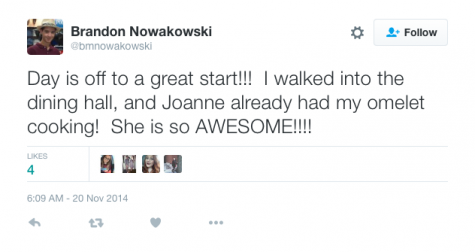 And the more she worked the omelet line, the more she was able to interact with the students waiting to order. “I started really talking to the students, and then they became my friends,” said Joanne. “One thing led to another and my omelet line started getting longer and longer.”

That marked the start of Joanne’s notoriety on campus. 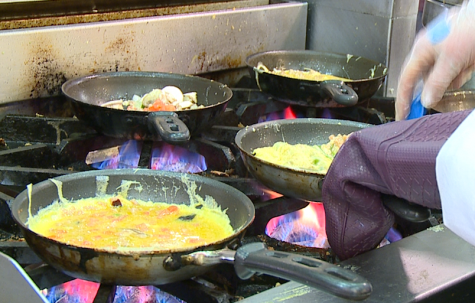 “Before I was even in the omelet line, I knew that she was the omelet lady,” said Stephanie Ramos, a junior public health major at UMass. “She was like the cool person to know.”

Over the years, students like Stephanie have developed lasting relationships with Joanne, far beyond the memorization of names and orders. “I just kind of asked her how her day was going and eventually she asked me what my name was,” said Ramos. “I friended her on Facebook. So yeah, now we’re pretty into each other’s lives.”

Students like Adam Haidari have had similar experiences. “I met Joanne freshman year. I played club hockey, and she’s always there every Thursday making us omelets in the morning at Hamp,” Hairdari said. “She’d always come to our hockey games and then I got to know her more as I got older, and now that I’m a senior we’re friends on Facebook,” he continued. “We’re always messaging after games, and she knows exactly what I want in my omelet every time I show up.”

Joanne said she whole-heartedly takes on the role of a chef, mentor and friend to every student she meets, and these bonds last much longer than students’ four years on campus. “We keep in contact even after they’re gone,” Joanne said. “As a matter of fact, I just lost my mom two weeks ago, and I got a bouquet of flowers from a student who graduated in 2011. I also got a couple calls from my former students giving me condolence messages.”

Joanne stays involved in students’ lives via social media, she said, along with occasional Christmas cards.

“I’ve adopted a lot of students, and I hate in May when it’s graduation time — I’m a mess.” 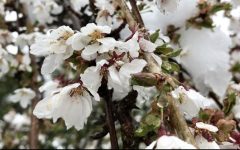 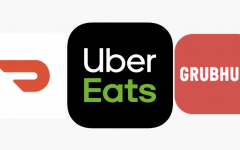