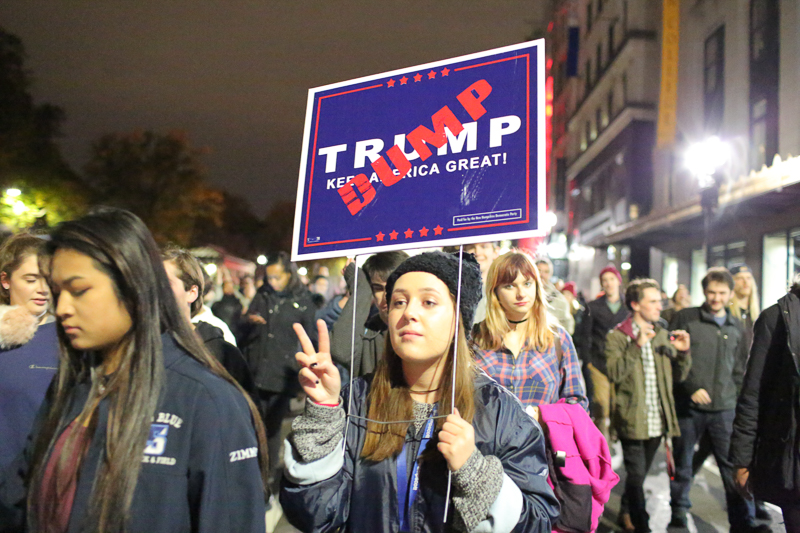 Anti-Trump protest in Boston on Wednesday, Nov. 9, 2016. from Morgan Hughes on Vimeo.

College students march to Boston Common in an anti-Trump protest

"I felt really devastated for my country and — as much as I hate to acknowledge it — women."

Though Donald Trump won the presidency, Hillary Clinton won all 11 of the Massachusetts electoral votes Tuesday.

“We need to build up a fight back that actually represents working people, the 99 percent,”said Gabe Felvstein, another Social Alternative member and event organizer. “That’s what Socialist Alternative is all about in Boston and nationally, trying to bring people together for change.”

Many protesters hailed from Boston colleges and universities. Others came from as far as Chicago — even Norway. 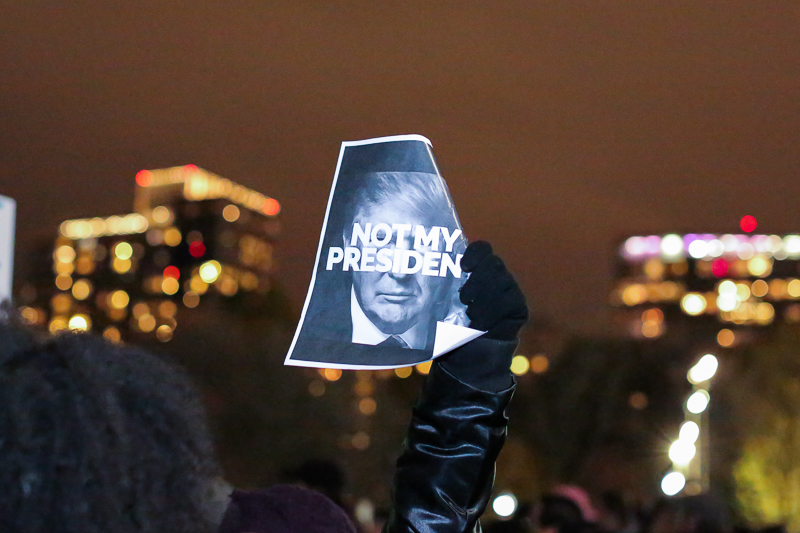 Caroline Egan, 27, and Casey Weston, 29, said they came out to protest to be with other people who feel the same anxiety and fear.

“This day was really hard,” added Egan. “I felt really devastated for my country and — as much as I hate to acknowledge it — women.”

Kell Schynder, 23, of New Jersey, stood tall by the Parkman Bandstand at Boston Common with a sign that read, “He Made America Hate Again.” Schynder said she feels a Trump presidency will appropriate discrimination.

“I really was feeling for all the people I can’t speak for. I’m lucky I’m from New Jersey, I’m lucky I’m in Massachusetts,” Schynder said. “Now, all of these people have an outlet to exercise hate, because someone told them it was okay.”

Sahana Simonetti, a freshman at Northeastern University, held a Bernie Sanders sign at the anti-Trump protest.

“I still believe in the future that Bernie stood for, and I want to keep fighting for it,” Simonetti said.

Simonetti, an environmental science major with a focus in conservation, feels that it is her duty to get hands-on in anti-Trump movements.

“While rallying and protesting are empowering, I think the only thing that is going to work is starting campaigns and grassroots movements,” she said. “I want to be a conservationist and that’s what I’m studying, so any little thing I can do to make a positive difference.”

Protests broke out across the country in places like New York, Washington, D.C., Los Angeles and Philadelphia.

Students at the University of Massachusetts Amherst held a vigil for peace, love and unity following Trump’s victory, as well as a protest by the Campus Center on Wednesday night. There will be another anti-Trump protest at UMass Friday at 1 p.m. on the Goodell Lawn.

Boston will hold another “mass public meeting” at Encuentro Cinco at 7 p.m. Thursday. 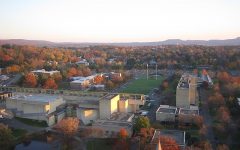 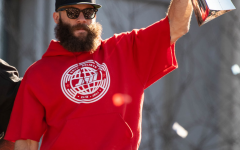