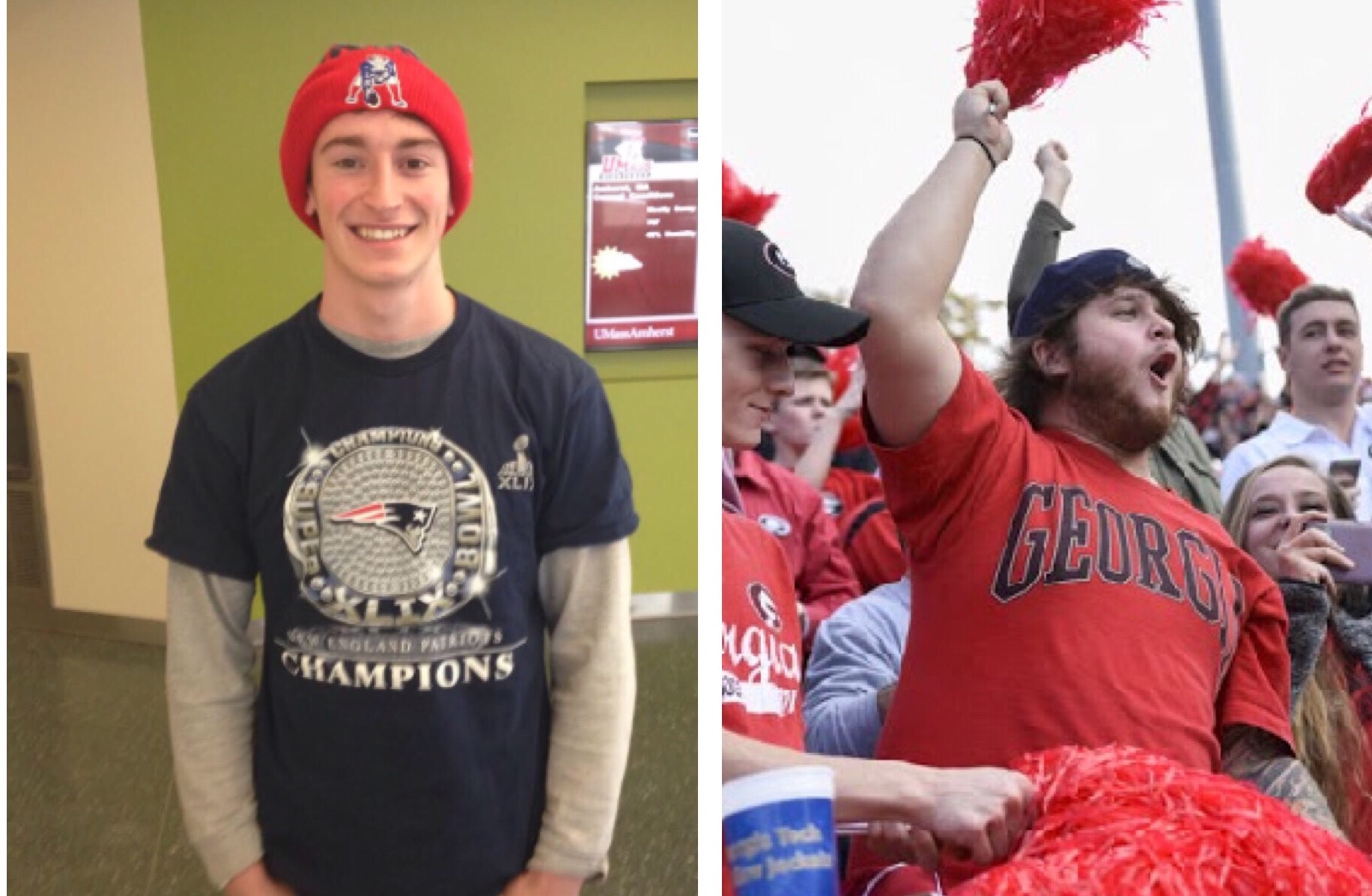 From Georgia to New England, passion for Super Bowl varies between regions

Eric Demmer, a sophomore at the University of Massachusetts Amherst, will start his Sunday by waking up at 4 a.m, getting on a plane with his family and flying to Houston.

Demmer will watch Super Bowl LI from inside NRG Stadium, hoping to witness the New England Patriots beat the Atlanta Falcons. After the game is over, Demmer will fly back to Massachusetts in time for his Monday classes.

“We are going to Houston and back all in one day so it’s going to be a long 20-hour day but I am excited to see if [Tom] Brady can win his fifth ring,” Demmer said.

This will be the third time the Demmer family has made the trip to see the Patriots play in the Super Bowl.

Ian Boatman, a senior at the University of Georgia in Athens, is accustomed to waking up in the middle of the night to head to a football game.

He doesn’t mind it, though. “It’s not like waking up for a dreaded 8 a.m. exam,” Boatman said. This is different. When he rises as early as 3:30 a.m. for games in Athens, it’s beginning a day that he said is “something out of a fairytale.”

When Atlanta plays on Sunday, Boatman will simply watch from afar. He has supported the Falcons and most other Georgia professional teams throughout his childhood, but in his internal rankings of fandom, Georgia football reigns supreme.

Both fanbases will turn their attention toward the game in Houston for a few hours on Sunday, but likely with a differing degree of devotion. Georgians still have a vested interest in their home-state team, especially since the Falcons have never won a Super Bowl. But still, on Georgia’s campus, football is perceived as a Saturday event. While in Massachusetts, the games that carry the most weight happen on Sundays.

With countless gatherings and watch parties planned, the Super Bowl at UMass will be a major event. Administrators have taken precautionary steps, banning guests from entering the school’s dorms and beginning at noon and adjusting security policies in anticipation of rowdiness.

As Sunday’s game draws closer, many Patriots fans at UMass have reiterated the same point — this is the year Tom Brady can win his fifth Super Bowl ring.

UMass junior Alex Levitt, sports director for WMUA radio, knows how important this ring would be for Brady.

“In a matter of a three-hour game, we’re going to know if Tom Brady has the most super bowl rings of all time or not,” Levitt said. “It’s kind of a big deal.”

The New England Patriots have been among the best in the NFL since their first Super Bowl victory in Super Bowl XXXVI in February 2002. Ever since then, Patriots fans have been spoiled with consistent victories, which has always raised the expectations fans have of the players and the team.

“In my life, the Patriots have been dominant the entire time and that’s mainly what I have focused on,” Demmer said. “I would say professional football is what I care about most. Definitely more of the people I watch football with say they are more professionally oriented.”

Since only some college athletes go on to play in the NFL, the professional version of the sport showcases a higher caliber of play. But for some, such as Georgia freshman Ansley Davenport, that difference makes it harder to become invested.

Although Georgia quarterback Jacob Eason was one of the nation’s top recruits in 2016, he’s also a student at the university, just like the 27,000 other undergraduates. Davenport sees him in her American government class, whereas the players in the NFL seem more like super-humans. That sense of common ground, she said, makes the college level of the sport seem more personal.

Meanwhile, those who will be playing on Sunday are paid millions of dollars, which furthers the gap of commonality between fans and athletes.

“The NFL is a business,” Boatman said. “It’s not going to be the same as college.”

On his way home from the hospital as a newborn, Boatman wore Georgia socks and a Georgia shirt. Peyton Ledford, a sophomore, grew up playing with a Georgia cheerleader Barbie doll. The ties to college programs run deep through families in the South and often start from a young age.

“You can even develop rivalries in high school with your friends because of where their family went to school,” junior Eddie Lloyd said. “Whereas in the NFL, we lived about an hour south of Atlanta, so everybody there, for the most part, was a Falcons fan.”

Lloyd considers himself at least an average Falcons fan and has gone to a few games. Still, he said he “probably wouldn’t spend [his] own money on a ticket.”

Yet, in his three years as a student in Athens, Lloyd has attended over 30 Georgia football games.

For UMass, the total combined home attendance for the 2016 season was only 87,059. Georgia surpassed that attendance mark at its 2016 spring scrimmage with 93,000 fans packing inside Sanford Stadium that day in April. During homecoming weekend at UMass, only 14,892 spectators attended the game against Tulane.

Fans around Massachusetts generally place their attention on the Patriots, regardless of how the local college teams are doing.

When Falcons quarterback Matt Ryan played at Boston College, the Eagles were ranked No. 2 in the AP Poll. Still, the NFL took the forefront in Boston. The Patriots were undefeated at the time. That’s what football fans wanted to talk about.

“It’s extremely clear that people in the Boston area do not care about college football what-so-ever, to be honest,” Levitt said.

Most students will attend the tailgate before UMass games and then leave before the game kicks off.

“It is much different from Patriots games,” freshman Dan Gabriel said. “The tailgates just build suspense as they get closer to the game so that when you are in the game everyone is pumped up and cheering, which doesn’t really happen here [at UMass].”

But 1,000 miles away in Athens, Georgia, Boatman — a member of the Spike Squad, a group of passionate students who paint themselves and wear pads with spikes — awakes at odd hours so he can make it to the student gate in time to ensure a front-row spot.

When Ledford wakes up on a game day, the first thing she sees is a snapchat from her brother signing, “Saturday Night’s Alright For Fighting,” which is played at Sanford Stadium prior to Georgia games.

“There’s Christianity, Judaism, Islam, SEC football,” Boatman said. “The church is Sanford Stadium for a lot of us here in the city. It’s what you grew up with, it’s what you knew, and it’s what you’re passionate about.”

What makes it special, Boatman said, is “knowing that it’s going to continue forever,” even after his lifetime. And there’s likely a similar sentiment among Patriots fans. The balance between fans’ interests in the NFL and college football shifts depending on the region, but the influence of the sport is similar.

“It only takes a few minutes to really think about it and you start crying,” Boatman said, “because you think about just all the magic that you’ve been apart of for so long.” 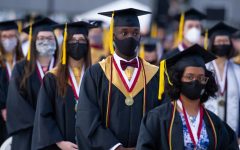