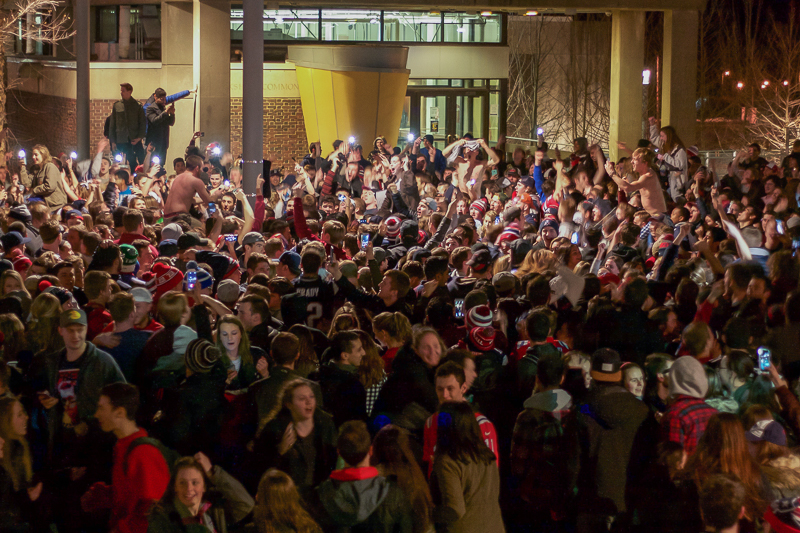 AMHERST — Some 3,000 elated University of Massachusetts Amherst students took the Southwest Residential Area quad after the New England Patriots pulled off the greatest Super Bowl comeback of all time, snagging a 34-28 victory over the Atlanta Falcons in the first overtime in the championship’s history.

After the Patriots scored the game-winning touch down, students in Southwest flew down the stairs of the towers and dorm halls and out in front of Berkshire Dining Commons. The mood was electric. People ran, jumped, screamed and chanted.

The crowd swelled from hundreds to thousands of people within minutes. Students climbed poles and benches, stacked on other’s shoulders and even crowd-surfed. One person brought a speaker out into the crowd and blasted “We Are the Champions” by Queen as the crowd sang along.

Ben Murphy, a sophomore UMass student, felt nothing but pure joy about the victory.

“It feels like all of my emotions for once have actually gone right because the Patriots have won, and they are the best ever,” Murphy said.

The beer cans and bottles that fueled the crowd, once empty, whizzed past people’s heads. The can-toss was not without a few casualties. Ambulances arrived as the crowd dispersed to pick up injured persons.

The UMass Police Department watched from the fifth floor of Washington Hall. The crowd was allowed roughly 45 minutes of uninterrupted celebration.

Adam Shi, a freshman UMass student, watched his first ‘riot’ from the outskirts of the crowd.

“I got here early and after just a minute I looked around and just…wow,” said Shi.

An officer came out with a megaphone and warned the crowd at least six times to disperse. After that, officers wearing riot gear, and others riding horses, pushed the crowd back, telling them to go home.

Interactions appeared to be mostly peaceful. One officer shook hands with students and offered light-hearted conversation.

Students also gathered in other residential areas on campus and in off-campus homes. Soon after the game ended, UMass Police set up a perimeter around Southwest. Crowds were quickly dispersed by police at Townhouse of Amherst Condominiums.

Shortly after midnight, all that was left in Southwest were beer cans, empty bottles and an unforgettable Super Bowl victory for New Englanders.

Editor’s note: This story was updated to reflect the size of the crowd.

AMHERST — Thousands of University of Massachusetts Amherst students stormed the Southwest Residential Area quad Sunday after the Patriots made a historic comeback to win the Super Bowl on Sunday night.

This video will air Wednesday at 7 p.m. on UMass News Now. Tune in to channel 19 on the UMass Amherst campus closed circuit cable network. 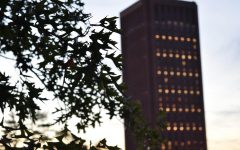 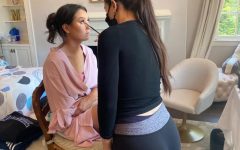 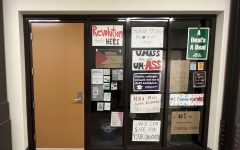 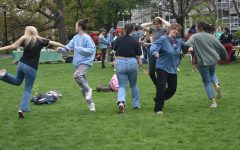 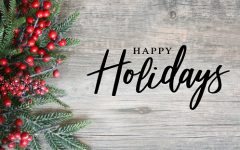 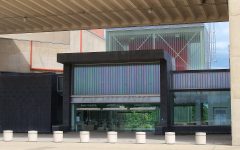 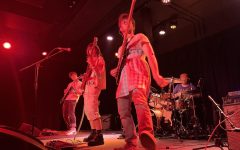