This experimental film and original symphony caused a rollercoaster of emotions

AMHERST — The Massachusetts Multicultural Film Festival collaborated with the Fine Arts Center Concert Hall and the University of Massachusetts Amherst Department of Music and Dance to bring “Decasia” to UMass on Wednesday, March 8.

Director Bill Morrison’s experimental film is a 70-minute series of decomposing film stock played alongside composer Michael Gordon’s original score. Morrison is a New York-based artist. His films combine archival footage with contemporary music. Gordon is a well-known composer of a long list of diverse genres of music. Conducted by Ng Tui Hui, UMass Amherst Symphony Orchestra performed “Decasia” live. Apparent throughout the film is the theme of decay as an ongoing process along with subtleties of life and death. Ironically, the chemistry makeup of “Decasia’s” nitrate footage also poses a threat to the life of an image, as seen in the film. 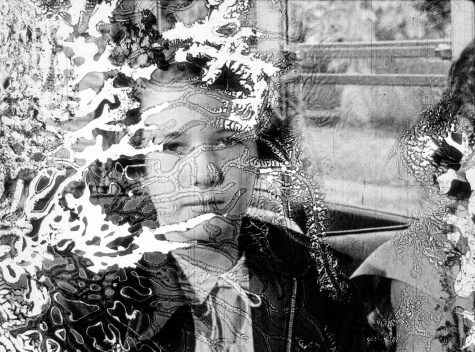 Gordon composed the “Decasia” symphony with “decomposing, warped, deteriorated and cobwebbed” sounds as inspiration. The orchestra consisted of over 40 student musicians, a variety of string instruments, horns and drums. Conductor Ng Tui Hui explained how the students rigorously pushed themselves beyond their typical style and studies.

The footage consisted of images circa the 18th century, most of which come from different storylines. The film begins with images showcasing the process of film creation with these same images repeated later on. Anyone with an interest in history would find the archival footage intriguing.

The “Decasia” footage, however, transformed historical film into what resembles a horror movie. Footage completely distorted by decomposition gave hint to what the image once was. In one scene, what looked like Greek architecture was too distorted for the audience to fully comprehend. I desperately stared at the screen in an attempt to understand the narrative before a new image took its place. I felt excitement, anticipation and disappointment. I wondered if my emotions were intentional on Morrison’s part.

As I watched the film in the concert hall, I felt my time was gypped. It was not until Morrison came on stage for the question-and-answer period that I understood his artistic point of view. Like any artist showcasing their work to the public, he looked vulnerable. He shared with the audience that he hand-picked emotionally connecting images in an attempt to ground the viewer. 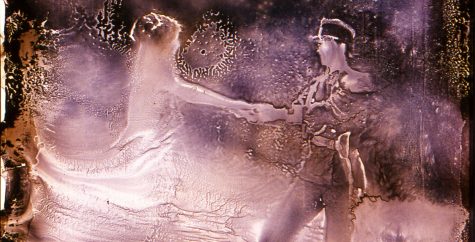 I would argue that the live orchestra was responsible for the passion felt throughout the film. I cannot say if Gordon accomplished his goal of “decomposing sounds” but the orchestra certainly produced anxiety, so much so I wondered if the audience would return after an intermission if there was one. My heart sank at each drum beat. Towards the closing, the timbre of the tuba alongside the drums resembled a train heading full speed, and the flutes a prolonged train whistle.

While the orchestra maintained my attention, I wondered if Gordon could have accomplished his sounds alternatively. Though the elements of the symphony were well thought out, they also sounded mainstream, familiar and uninventive. I would have liked to see Gordon experiment with alternative uses of instruments. As an inspiration from Morrison’s footage, I wonder if Gordon could experiment with sounds of decomposing instruments.

You can learn more about the UMass production of “Decasia” here. For more information on upcoming performances or exhibits, go the Fine Arts Center Calendar.