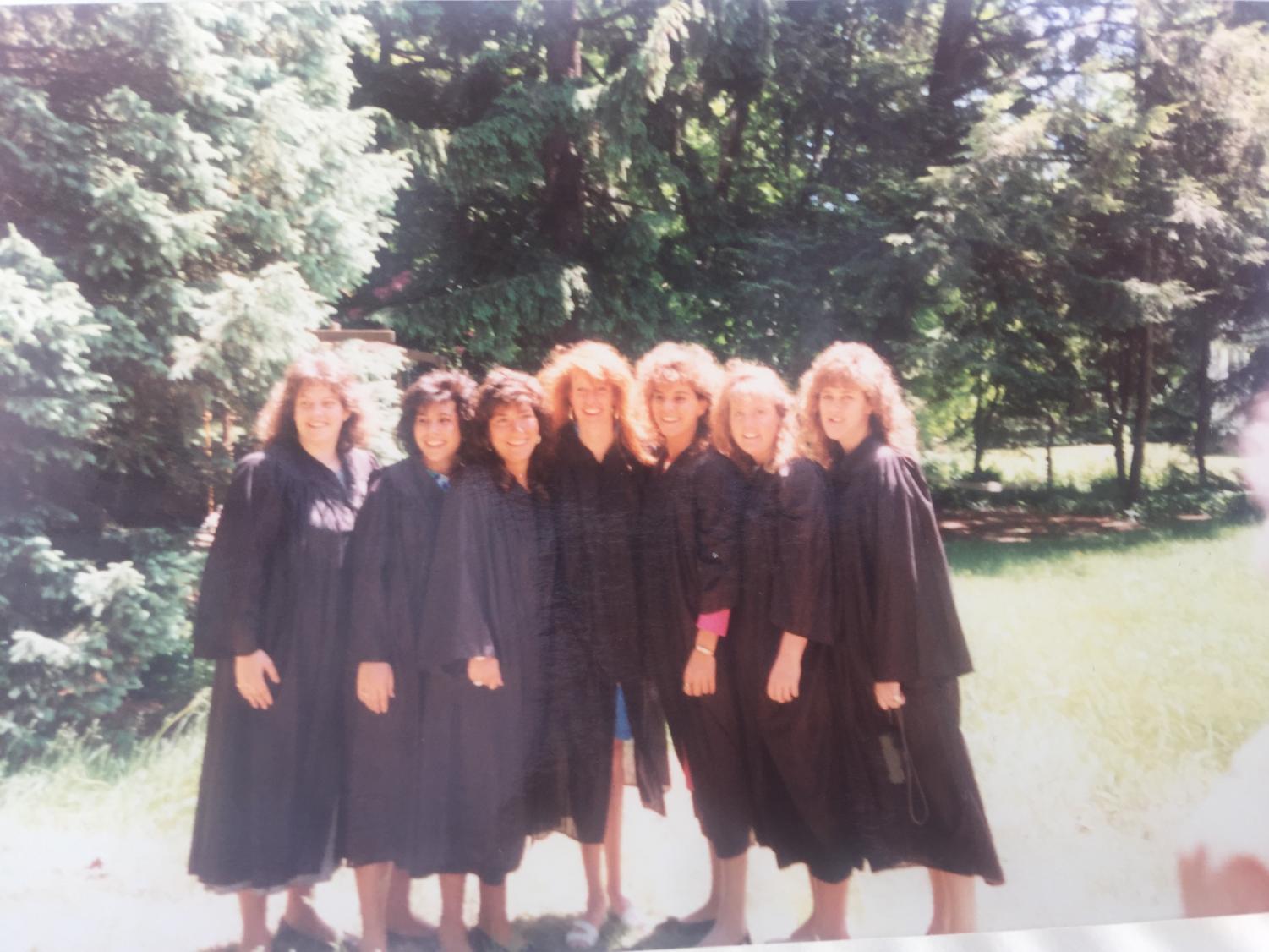 Some of Shea’s best friends from her undergraduate years stand side by side at their graduation in 1989. (Jennifer Shea/contributed photo)

Some of Shea’s best friends from her undergraduate years stand side by side at their graduation in 1989. (Jennifer Shea/contributed photo)

AMHERST — Thirteen best friends who graduated in 1989 from the University of Massachusetts Amherst returned to campus for a tailgate and football game — just like the old days — during Homecoming Weekend to celebrate their 50th birthdays.

“There is no other place we would rather be for this celebration,” said Jennifer Shea, 51. Her son Michael is a junior at UMass. “It is where we all met.”

“We all love being back, it feels like we were here yesterday,” Shea said. “It doesn’t feel like we’re 50.”

As five of them stepped out of an Uber and headed toward McMurphy’s Uptown Tavern in downtown Amherst, you could hear the excitement in their voices as they yelled out each other’s names. They reached out their arms to hug each other through the window, because some of them had already been waiting inside.

McMurphy’s has been the ultimate “go-to” hangout spot for these women. The blonde wood tables, Jack Daniels’ road sign and all-you-can-eat bowls of popcorn called for a good time. Looking through the window, you could see them drinking, dancing and laughing at the top of their lungs.

“That’s the seat that we used to sit in all the time,” Shea said, pointing at a window seat. “We used to get that table all the time and that’s where we met after classes. That was our little stomping ground.”

Shea is proud of the friendships she made before social media, pointing out that back then, no one was burying their faces in their phone.

Throughout their time at UMass, the women filmed all of their “jam-packed parties,” creating videotape memories they’ve been carrying with them for the last 30 years.

Shea recalled her favorite memory being a time when all the girls’ families came over for their annual Christmas party on 15 McClure St. Their party was semi-formal and all their parents, along with a few siblings, stayed at Hotel UMass.

They were all able to form their friendships and keep them, because there was no texting or messaging, Shea said. Plans were made in person, and expected to be followed through with.

“You always went there [the dining commons] at the same time,” Shea said. “You went where you were supposed to go and nothing changed.”

Shea said that the good thing about social media, however, is that now they can talk to each other every day and send pictures of their kids. Between all 13 of them, they have 37 kids, and four of them go to UMass. 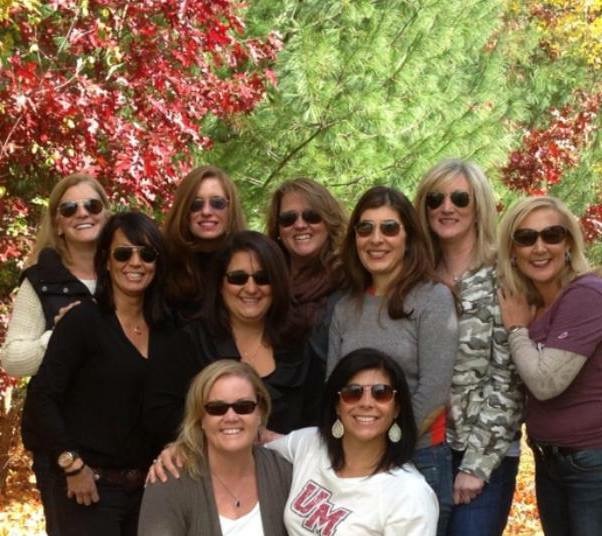 Gallery|4 Photos
All the women went over Jennifer Shea's (front left) house in Walpole, Massachusetts, for a sleepover and took a quick picture before a UMass football game at Gillette Stadium in Foxborough, Mass. (Jennifer Shea/contributed photo).

Because some of them live in New York and New Jersey, every year they always plan a time when they can see each other, whether that’s picking up their kids from UMass or going on a trip. Over the past few years, they reunited as far as Aruba and as close to the school as Gillette Stadium in Foxborough, Massachusetts.

They have been with each other through “thick and thin,” Shea said, and are very grateful that all 13 of them are alive and healthy 30 years later.