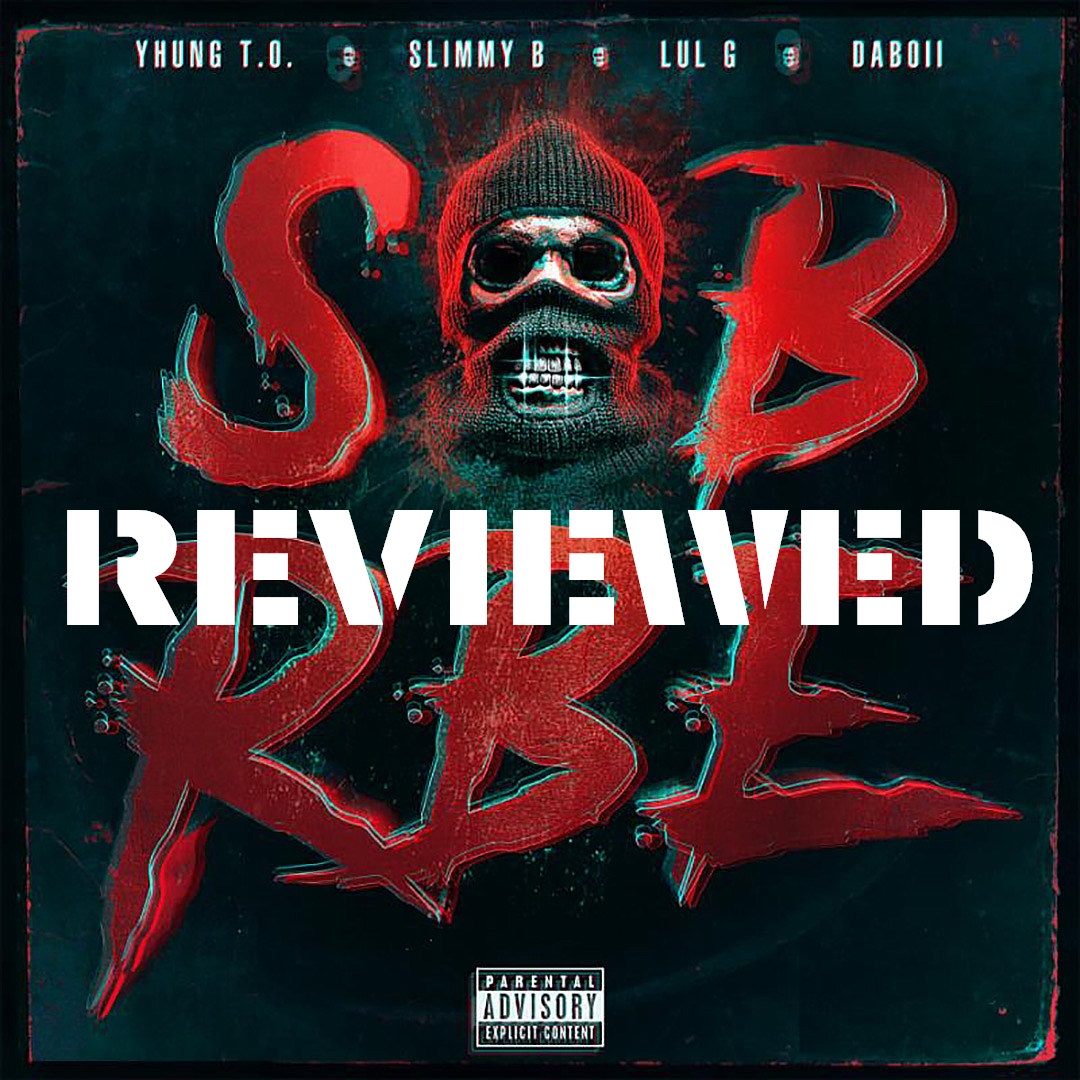 When we think of West Coast hip-hop, who comes to mind? Big names like Tupac Shakur, Snoop Dogg, Dr. Dre, Kendrick Lamar and so many more are at the top of our lists. They defined the sound of a sub-genre, incorporating new, wavy drum patterns with groovy synths and melodies into their music. Coupled with conscious lyricism, these artists define and embody what it means to be a West Coast rapper.

Enter SOB x RBE, an up-and-coming rap collective containing four main members: Yhung T.O., Lul G, Slimmy B and DaBoii. The crew dropped their sophomore album, “Gangin’” on February 23 following the release of their widely successful hit “Paramedic!” from “Black Panther: The Album.” Arriving on the scene last year with their debut album, “SOB x RBE,” the group was mentored by rapper Sage the Gemini before stepping into the spotlight. Before, “Paramedic!,” many hip-hop fans, myself included, had not heard of the group before. However, “Gangin’” breaks free from the fast, hard-hitting bars and bouncy trap beats we might recognize from their debut. On the project, they make use of 80’s inspired West Coast instrumentals with a sprinkle of chaos that makes for an electrifying listen.

On their debut album, SOB x RBE featured a much similar sound to that of “Gangin.” On “SOB x RBE,” listeners were greeted with up-tempo, hectic drum patterns that coincide with the group’s flow nicely. Songs like “On Me” and “Back to Back” shine with 80’s samples, ranging from boisterous synth basses to funky, yet ferocious melodies. The group feeds off of energy, and their gangsta rap runs parallel with the instrumentals provided for them.

Listeners will find much of the same on “Gangin,” but the sound itself is much more refined. There is clearly an improvement on the sound of this project compared to the last, and the group strays a little bit more from the typical trap beat. Their debut project featured some songs that were clearly meant for new listeners, but on “Gangin” the crew sticks to their strengths. The biggest difference, however, is the amount of percussion the group uses. Tracks like “Carpoolin’,” “On Me” and “Lifestyle” feature a great amount of percussion that is coupled with simple, yet powerful melodies. In all senses of the phrase, the group really does serve the bass on this project. Square bases and 808s serve as the driving piece for the majority of their instrumentals and it ramps up the energy and tone of the project as well.

Often, rappers run into the problem of writing songs about things they have never actually experienced. Whether it’s selling drugs, gang-related violence, etc., some artists are not upfront about their origins, story and lyrics. This lack of authenticity is not usually a problem, but it can be depending on the fanbase. However, SOB x RBE does not run into this problem. Actually, they steer as far from this problem as possible.

One of the defining pieces of this project is its authenticity. SOB x RBE thrives off of the brutal honesty and transparency of their lyricism. Their lyrics are exactly that, brutal. Not only do they discuss the gang life they endured, but they call out those who imitate it. In the chorus of the song, “Anti Social,” Young T.O. says: “And I don’t wanna be yo man / I don’t f*** with n***** / I don’t wanna shake yo hand / You be lyin’ in yo music / I don’t wanna be yo fan.” On the same track, DaBoii rattles off the bar: “Big Glocks, long clips, but they all props / You just talkin’ on them songs those are not shots.” Both artists refer to the fake nature of their rivals. They separately call them out for being fake with their experience and projecting a different image to their fanbase. It’s aggressive, provocative lyricism like this that make SOB x RBE such an enjoyable listen. They refuse to let their fake rivals bring them down, and they make loyalty and authenticity a theme throughout the project.

Other than the criticism the group hands out, SOB x RBE gets very personal with their experiences as well. On his solo track “God,” Slimmy B opens up about his fears throughout gang life. He raps: “I just pray to God that them angels stay wit me / I just pray to God that them suckers won’t get me / I just pray to God that I see another day / I just pray to God I ain’t gotta use this K.” Slimmy B reiterates throughout the track that he has a lot of fears about the life they live. At the end of the day, he wants to live his full life violence and problem free. This track is interesting because Slimmy B melts away the aggressive, fearless facade that the group upheld through the first half of the project. As the project progresses, the lyrics stray from the ruthless, dark tone and gravitate to personal, genuine experiences. It’s a sudden transition, but the cohesiveness lies in the themes. Throughout the album, gang life experience, loyalty, wealth and the story of the come-up serve as the driving pieces for this project.

Did I hear that already?

Despite the praise I have been giving this project, there are always some shortcomings. First, the group struggles mostly with the narrative and repetition. While the lyrics are gripping, it can get quite repetitive. Listeners may find themselves hearing songs and bars that sound similar to previous songs. This problem arises mostly with gun and violence references. The crew constantly mentions how many rounds are in the clip or what they would do to rivals if they decided to pull-up. The songs bounce, and the beats hit hard, but I constantly found myself thinking I had heard the same line over and over again. They rattle off some nice bars like, “Tired of them broke n*****? I can fix that / Just bought a Glock hit the plug, where them sticks at?” from “Carpoolin'” and “This my n***** rock with me if I’m right or wrong / Now the Glock ‘Lil’ Kevin’ ’cause he ride along” from “On Me,” but I’d like to see a little variety in how they present themselves. It gets repetitive, and this is why many of the songs blend together as well.

While I do admire the uniqueness of the album’s production, a lot of the beats sound very similar. Much of the drum patterns sound the same, and the first half of the album blends together in a way that can confuse listeners. Through the first seven songs or so, I found myself thinking at least twice that I was listening to the same song when it had been a different song altogether. Don’t get me wrong, I love the vibes on this album. The synths, brass and other instruments sound incredible over these beats, but at a few points it all sounds the same, and the group should explore new sounds to work with in the future.

For many artists, the sophomore project can be the hardest one to get right. It’s called the “sophomore slump” for a reason, but SOB x RBE breaks that narrative. They deliver on dark, yet authentic lyricism over chaotic, energetic beats to deliver a solid second album. That being said, their lyricism falls short sometimes, growing stale and repetitive. The themes are always there, but how they choose to present them is redundant. However, the outlook for this group is bright, and they have a lot of potential to grow as artists and perfect their unique West Coast sound.

Songs to check out: