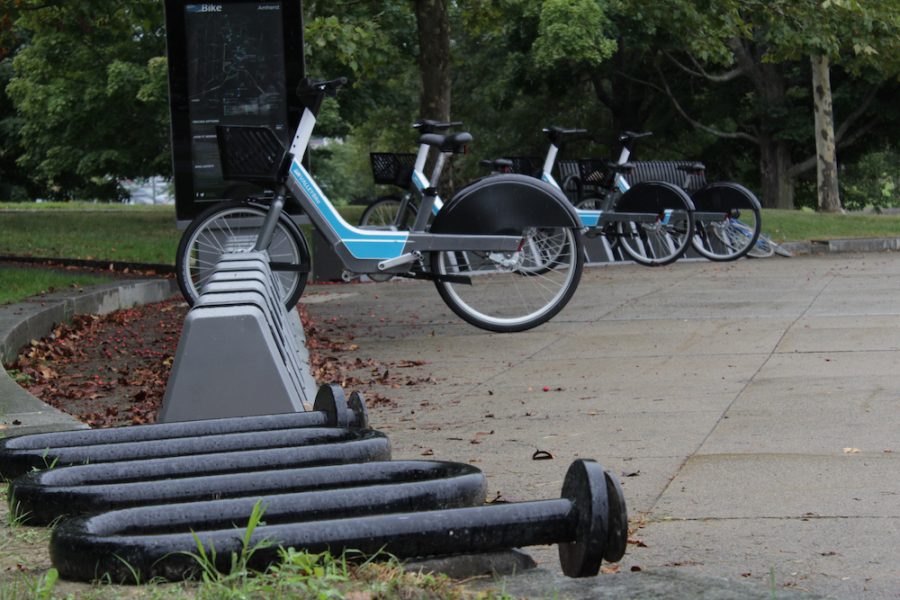 UMass updates: 5 things you missed over the summer

AMHERST — School is back in session. As the University of Massachusetts Amherst kicks into gear for the fall semester, it’s important to know what you might have missed over the summer. Here are the major headlines:

1. UMass increased the cost of tuition

Whether you’re from Massachusetts or further afield, you arrived at UMass for the fall semester with a more expensive tuition bill to pay.

In July, the UMass Board of Trustees voted to raise the tuition for in-state students at all four undergraduate campuses in the state by 2.5 percent. The adjustment also raised out-of-state tuition by 3 percent, according to the Daily Hampshire Gazette.

UMass has now raised tuition four years in a row, while the number of applications for both in-state and out-of-state students has increased each year of that span as well.

Biked 13 miles roundtrip from #Amherst to #Northampton. First time using @ValleyBike for my wife and I. Minor technical glitches at the beginning, but a smooth ride otherwise. Electric pedal assist was a plus! Great option for #ecofriendly transportation in #WesternMass pic.twitter.com/Me9PkBnzQX

UMass and the town of Amherst, along with the Pioneer Valley Planning Commission (PVPC) and the cities of Springfield, Holyoke, South Hadley and Northampton launched ValleyBike Share, a regional bike share program, in late June. The ValleyBike program created 50 bike share stations to dock 500 electric-assist bikes across the Pioneer Valley, with several stations located in and around the UMass campus. Here’s where to find them.

When the Princeton Review released its annual ranking of the top colleges in August, UMass retained its place on top of the college dining hierarchy.

Ken Toong, executive director of Auxiliary Enterprises at UMass, noted his staff is “humbled and extremely grateful” for the recognition, adding that the honor speaks to the program’s passion for serving “healthy, sustainable and delicious food, one meal at the time.”

The top-ranked chefs in the nation will soon be cooking in a sparkling new kitchen.

In July, construction began on the 87,000-square-foot Worcester Dining Commons, located between the current dining commons and North Pleasant Street. The new building is slated to open for the 2020 fall semester and will include a fitness center, study lounges, and a commercial bakery.

The old Worcester DC will stay open through the end of the 2019-2020 school year, then be demolished over the following summer.

5. Bike Coop is the first student business to move out of the Student Union building

The UMass Bike Coop, a student-run bike repair shop, is open for business in Bartlett Hall this semester as the university prepares for major renovations to the Student Union building, which first opened in 1957. The student business also announced that it will sell bikes this year.

The Center for Student Business, also located in the building, stated that the remaining student businesses — Earthfoods, People’s Market and Campus Design & Copy — as well as other offices will be moving to Bartlett by the spring semester. Those businesses will eventually repopulate the new Student Union building when it is completed.

Campus pedestrians might consider the Bike Coop’s relocation as a warning sign of more construction to come. The renovation is expected to begin in the spring of 2019.

Of course, the most obvious addition to campus this year is the incoming freshman class. At 5,050 students, the Class of 2022 is 7 percent larger than last year’s class. And they’re pretty sharp, too — according to the university press release, the average high school GPA of the incoming students is a 3.90, and on average they ranked in the top fifth of their high school class.