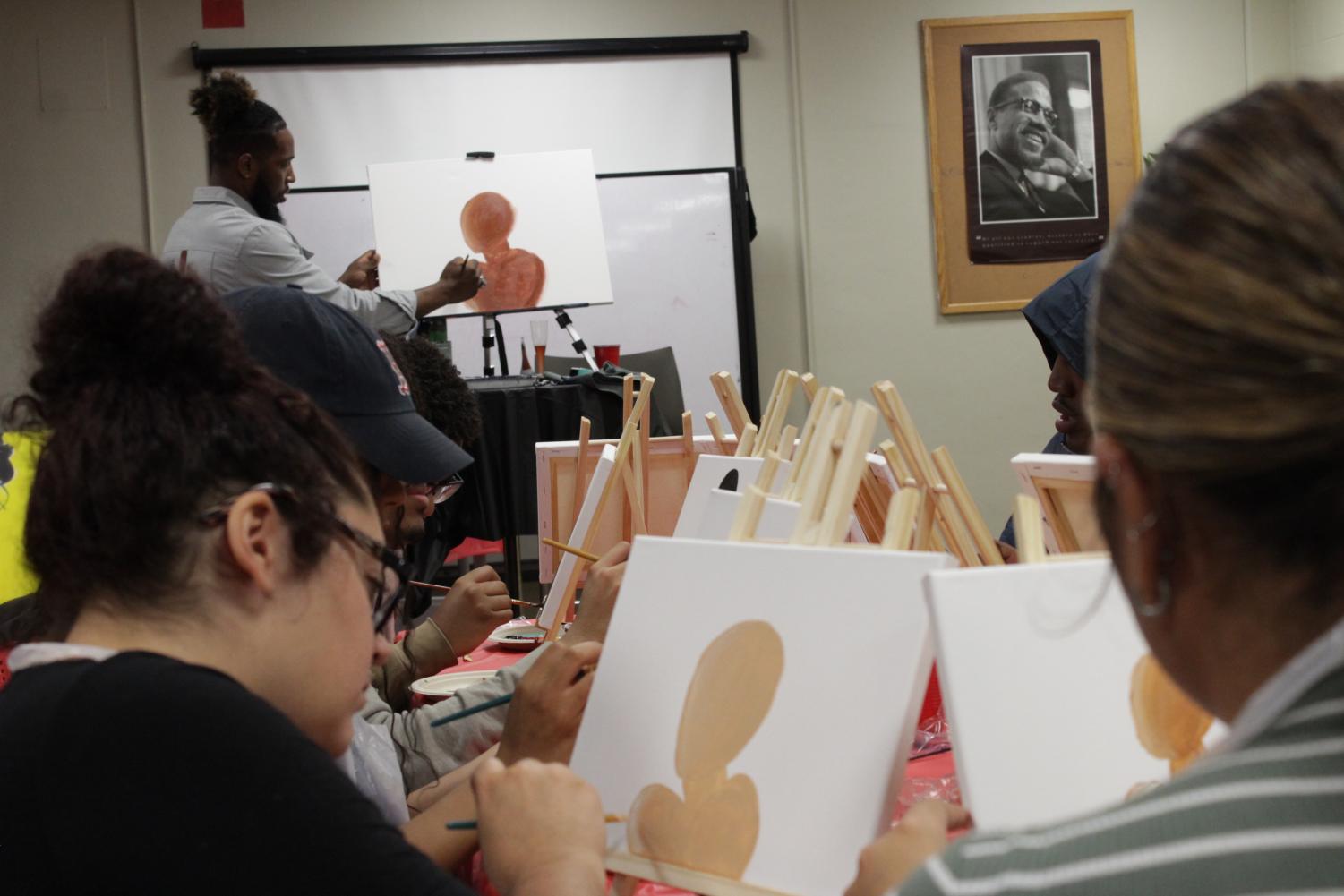 Women of all different skin tones were portrayed in over 40 paintings created at “Expressions: Paint and Chip” on Sept. 28. (Brian Choquet/ Amherst Wire) (Brian Choquet)

Women of all different skin tones were portrayed in over 40 paintings created at “Expressions: Paint and Chip” on Sept. 28. (Brian Choquet/ Amherst Wire)

Students of color unwind after racist incidents at UMass

The event gave over 40 University of Massachusetts students the opportunity to relax, hang out with friends and follow step-by-step painting instructions from Jaurice Jones.

Jones, a multi-talented artist based in Linden, New Jersey, returned to his alma mater to instruct the students from 7 to 11 p.m.

“Usually our events are more informational here at the X,” said Alayjah Lee, a junior public health and communication major and event coordinator for the center. “So I wanted to bring a more uplifting event to the [center].”

The jovial environment was a far cry from the anger and sadness that many students of color have expressed about a string of racist incidents that occurred at UMass this semester.

On Sept. 14, UMPD received an anonymous tip claiming an “agitated black male” was walking up the ramp to the Whitmore Administration building. The “threat” turned out to be Reginald Andrade, a 14-year UMass employee who was going through his normal morning routine.

On Sept. 22, a racist message threatening black students was left on a bathroom mirror in Melville Hall. Hundreds of students protested on Sept. 27 to denounce the hateful acts on campus and criticize the university’s response to the events.

“It’s just been a very stressful week on campus with all the incidents that we’ve experienced,” said junior public health major, Molly Nhiv about the MXCC art event. “It’s just a good way to take a step back, breathe and hang out with everybody.”

The date of the paint night was planned before the semester began, but fell on a “perfect Friday,” according to Lee. She believes the event allowed students to take a break from dealing with the recent “sickening” incidents, feel comfortable and bond with other attendees.

This belief reflects the values the MXCC was built upon when it first opened in 1971. The center served as a place for black and African American students to gather for support during a time when universities weren’t fully equipped to support students of color.

“The X has been a place for people to regroup, hang out and feel comfortable together, especially after the week we had,” said Lee, who has been working at the center since her freshman year.

Lee also wanted to have attendees feel empowered when making their pieces. The painting she selected, an original by Jones, features a black woman sporting curly hair and wrapping her arms around herself. Students used multiple shades of brown paint to personalize their portraits.

“They’re painting themselves and a representation of themselves,” Lee said.

“It looks just like you,” and similar exclamations could be heard over the blaring music as the predominantly female audience shared their artwork with each other.

These kinds of takeaways are what Jones strives for as an artist. With every piece he creates, he wants his viewers to learn something.

“If you make something dope… and you can learn from it, then that’s even doper,” Jones said. “That’s my duty as an artist. I shouldn’t just make something just cause it looks cool.”

By the end of the night, everyone left with their own unique painting. But the past couple weeks haven’t escaped everyone’s minds. For Lee, the racist events at UMass have reinforced the need to stand strong with students in the face of hate.

“We need to be a community for each other,” Lee said. 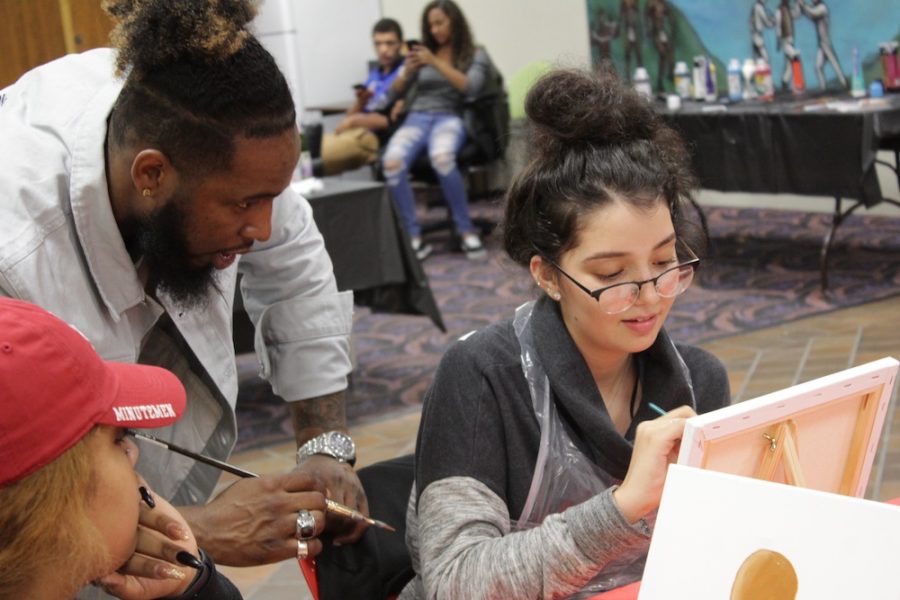