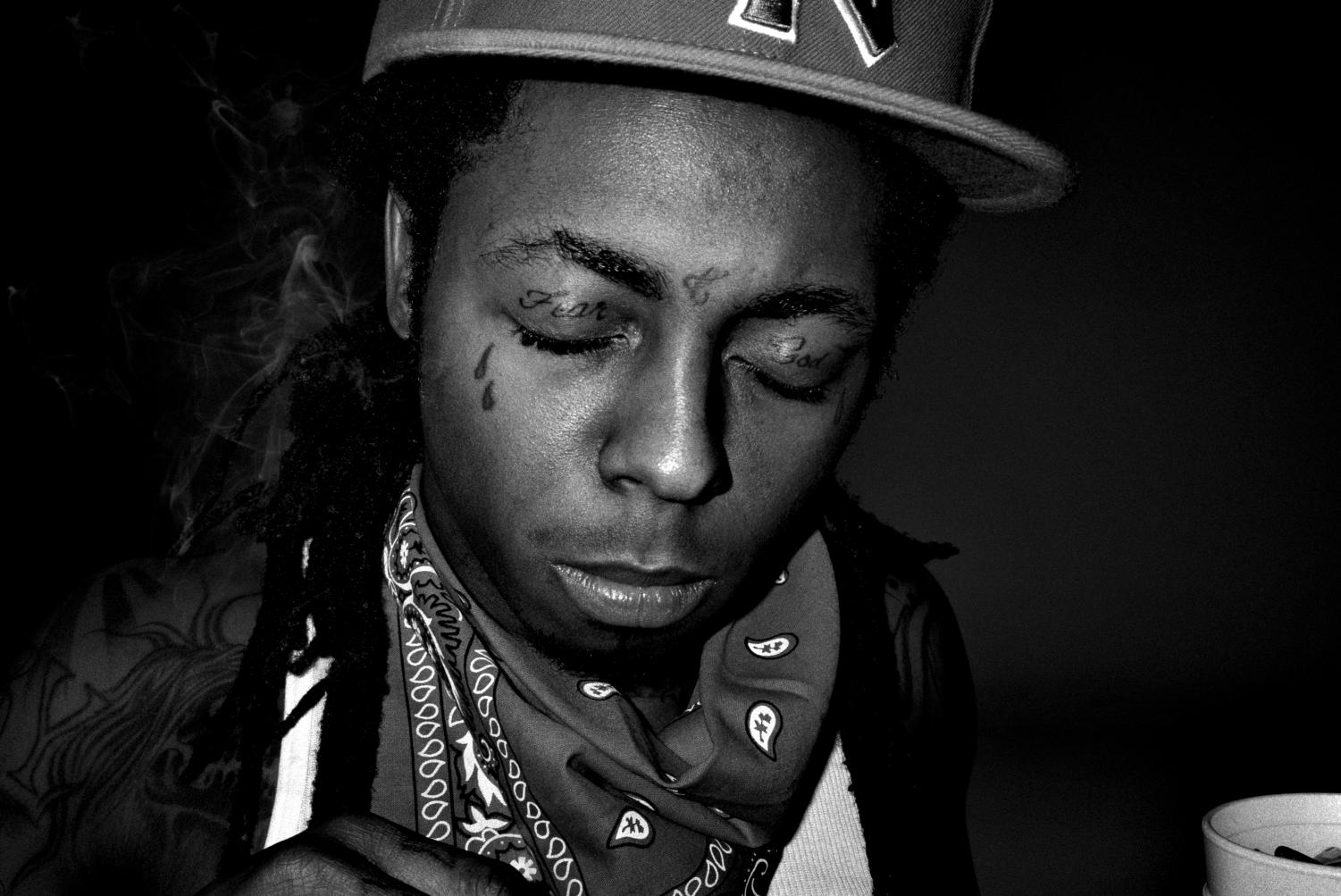 For all the playlist vultures to pick at.

After years of being held captive by Birdman and Cash Money records, Lil Wayne was finally able to set “Tha Carter V” free to the world. With the fifth installment in “Tha Carter” series having the third biggest week for an album in 2018, it’s safe to say Wayne’s commercial comeback has been a success thus far.

Like plenty of other projects released this year, “Tha Carter V” sports a hefty tracklist, clocking in with a 90-minute runtime. With a length like that, it’s hard to make every song feel meaningful, but it provides plenty of songs for the playlist vultures to pick at. Here is my ranking of the album’s 23 tracks (excluding the intro “I Love You Dwayne,” which is a voicemail from Wayne’s mother).

Worst quotable: “She said, ‘I will,’ like ill with an apostrophe”

Let’s start this list off right with what sounds like the most outdated track on the album. This song sounds like something that “I’ma need someone to throw a 90s-themed barbecue this summer” Twitter plays when they get handed the aux at a party. Ashanti’s substanceless hook sounds like it was pulled straight out of the early 2000s. Time for me to go get my 3XL Shaq jersey and loose-fit jeans out the closet.

A song about a broken relationship. Wayne doesn’t sound bad on this track, it just sounds underwhelming compared to a lot of other tracks.

Best quotable: “I got a lawyer that turn any case into a pillow case”

This song reminds me of something off of Eminem’s “Recovery” or “Revival.” While it rings of redemption, the song seems to take itself a little too seriously with its somber piano keys on the instrumental. There are plenty of songs about redemption on this album, and this feels like one too many.

Worst quotable: “I’m a** with that semi, call me semicolon”

Me: *Patiently waits on a surprise Future verse*

Best quotable: “Found a halo in her trash but she don’t talk about her past”

Both Wayne and the soulful instrumental both sound amazing on this track but they don’t really complement each other well. While the hook is undeniably catchy, Wayne’s speedy flow doesn’t really match up with the beat.

Best quotable: “Take the T off Tunechi and look at it as the crucifix, b***h”

This trend of every album having a Travis Scott or Migos member feature is starting to grow stale. Scott’s feature on “Let It Fly” doesn’t feature his signature crooning or ear candy audio engineering, instead, it just features an underwritten hook and unnecessary verse.

Lil Wayne spazzes out on his verse, but I still can’t decide if rhyming the word “line” over 15 times in consecutive lines is clever or just doing the most.

Best quotable: “When I think I’m bad like Michael/ He bring me back down to Tito”

This song is begging for a Chance the Rapper feature with the beat sounding like the outro of a Tyler Perry movie. Nivea sounds great on the hook, setting a triumphant tone to the whole track.

Worst quotable: “I capitalize off my own mistakes, you lowercase, n****”

This track is getting played anytime I tell someone to keep the change.

Best quotable: “Planet of the aches, and she is my prescription/ We out of this world, baby, we have been evicted”

I wasn’t expecting to see Wayne show his soft side on “Tha Carter V,” but this track ended up being a pleasant surprise. Wayne and Nicki sing about “intergalactic love” with plenty of astronomy references. This could’ve easily been a song that comes off as forced and corny but this track somehow avoids that.

Best quotable: “Momma said God took his time when he made me”

Is there a better flex than claiming God himself took his time when creating you?

Best quotable: None are appropriate enough for this website.

Best quotable: “And sometimes I fear who in the mirror, that n**** weird/ He done died so many times but still here/ Why am I here?”

Worst Quotable: “Just got off the phone with my son, told him ‘you’re a son of a gun’”

You can hear the pain in Wayne’s voice as he pours his soul onto the eerie instrumental. Wayne shares some of his most personal thoughts about death while still managing to craft electric flows with plenty of wordplay. While this is one of the most personal tracks on the album, the instrumental grows stale quickly, holding the track back from reaching its full potential.

Best quotable: “Can’t talk to myself ’cause mama said don’t talk to strangers”

Worst: “And some people say I changed but they can’t hear me jingle”

Like “Open Letter,” Famous is a slow introspective track, but this track features a hook from Wayne’s daughter, Reginae Carter, making it that much more special. While Weezy doesn’t rap quite as hard on this track, the more conventional song structure makes it a more digestible track.

This track is loaded with “How to Love” era Wayne nostalgia. Wayne’s melodies aren’t necessarily the most beautiful, but the pain and emotion shines through in every line he delivers. Sosamann’s feature is well done, but we all know this track needed a Drake feature.

Best quotable: “But if heaven’s as good as advertised/ I want a triple extension on my motherf***kin’ afterlife”

Laced with pain and signs of depression, “Don’t Cry” is the perfect starter to an album filled with introspection. Wayne gives his most intimate thoughts over the murky instrumental with lines like “Is it suicide or it’s do or die.” The XXXTENTACION feature only adds to the emotional impact of the song with the deceased rapper bellowing “Don’t cry, don’t go” on the hook.

Best quotable: “I could change the world, but I done lost the remote”

5. Let It All Work Out [prod. Jordan, Myles William & Reefa]

This album outro is the most touching track on the album with Wayne rapping about everything working out after making it through the hard times. The most personal part of the song is when Wayne tells the story of surviving his suicide attempt with vivid detail. The Sampha sample of “Let It All Work Out” matches perfectly with the song’s topic.

Best quotable: “That b***h ain’t no angel, I treat her halo like a frisbee”

When you have two of the most important rappers of the century on one track, sparks will fly. In this conceptual track, Lil Wayne raps about using women to rob rich celebrities and Kendrick Lamar raps from the perspective of the robbed. Wayne and Kendrick’s electric flows save this track from being a mundane story with a played out plot. Kendrick’s wacky choice in delivery was about five seconds away from getting annoying in the song’s end. If this track was three and a half minutes instead of five it would be perfect.

Best quotable: “Billion dollar smile/ I sell myself short if I grin, I’m bargainin’ then”

This is the track that convinced me Weezy F Baby hadn’t lost a step in his commercial absence. Wayne puts on a rap clinic on this track with plenty of punchlines and clever wordplay, but the average trap beat holds this track back from being number one.

Lil Wayne singing about his wifey, bae and side piece over a folk guitar sample is something I didn’t know I needed in my life, but now that I have it, I couldn’t imagine life without it. Wayne has never been a good singer, but the blissful aura he creates with this track is undeniable.

Best quotable: “I sleep with the gun, and she don’t snore”

This track is undeniably the best track on “Tha Carter V.” Like Wayne’s previous hits “A Milli” and “6 Foot 7 Foot,” this track has an undeniable magic to it with its irresistibly dancy sample and Wayne’s unmatched wordplay. In terms of flow, he doesn’t completely spazz out on this track like a “6 Foot 7 Foot,” but the endless quotables seem to hit harder with the more controlled tempo.

The verdict: 7 lighter flicks out of 10

The long awaited “Tha Carter V” is a solid album wrapped in nostalgia and triumph. With all that Lil Wayne went through to get this album out, it’s hard to not root for it to be good, forcing me to question if I enjoyed this album more than I should have.

The most impressive aspect of this album is how well rounded it is. Wayne lets us in on his most intimate thoughts regarding death and depression, cooks up a couple party bangers and lets us bask in his newfound happiness in a tracklist that flows very well. While there are a few tracks this album could do without, “Tha Carter V” is an open book from a rap legend that feels both modern and vintage at the same time.