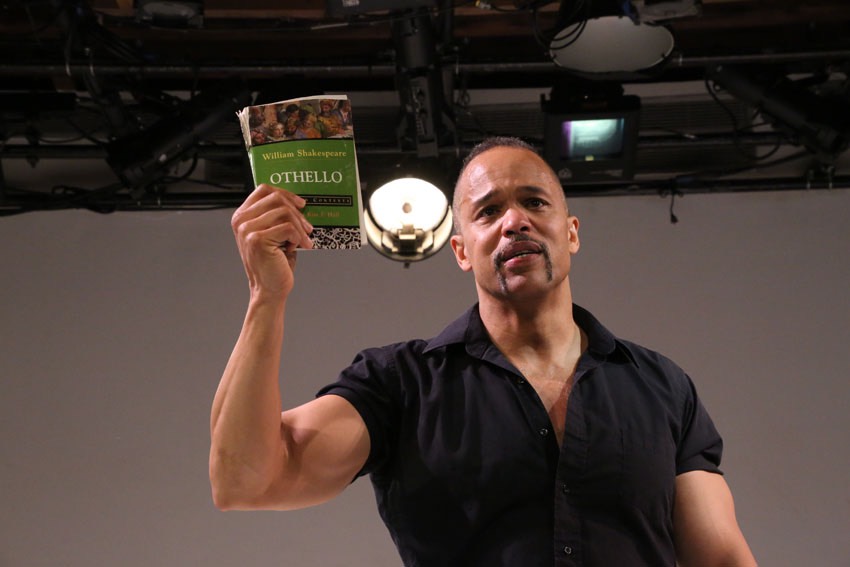 When one hears the word “moor,” one can’t help but think about the easily-manipulated yet heroic general in Shakespeare’s play Othello. However, the word still finds relevance through modern-day arts.

Previously starring in movies and shows, Keith Hamilton Cobb struggled to perform roles he desired. As a “big black male,” the business expected him to fit the stereotypes associated with his identity.

“All [they’re] really telling me is, ‘do what I tell you,’” said Cobb of previous casting directors.

Cobb did not want to continue playing a stereotype. Thus, American Moor, a play about his personal experience as a “big black male” in the acting industry, was born.

On the surface, it may appear that American Moor is about breaking barriers against the African-American masculinity diaspora—however, it’s about his personal experiences in the theatrical world through a conscience-like character.

“I know what I’m handing the audience is authentic and heartfelt,” said Cobb.

He is accompanied by a looming voice in the background of the play that he refers to as the “white director”. His role speaks in a conscientious manner, in which he inquires how he acts in the outside world—thus making the audience wonder if his behavior is normal, or a result of the stereotypes placed on him and expectations made for him.

During the show, he cried, “Why can’t I be Titania?” a reference to the character from A Midsummer Night’s Dream.

Although the crowd laughed at his cry, he continued to display a yearning desire to play any role —aside from Othello. In Shakespeare’s story, Othello is a moorish general in love with a Venetian woman, Desdemona. However, it is Othello’s opposing traits from the other characters that his enemy, Iago, uses to his advantage to muddle his reality.

While Cobb is keen on sharing his own ideas concerning Othello, the white director refuses to listen, and insists on his perspective of Othello. It is this exact perception of the character that he adamantly refrains from playing.

Through his penetrating and anguishing statements, the audience sits in the dark as they are forced to listen and observe the dilemma Cobb has endured for many years.

“Self-possessed” is frequently attached to Othello, Iago, and Desdemona when portraying their attributes. By grouping these three distinct characters together, it allows Cobb to embody them during the show.

“The term for me, means owning your agencies, and making your own choices,” said Cobb, “despite how they’re going to be received by the audience.”

Among the characters, Othello is shown to be humanized compared to how he is represented in a majority of the peoples’ minds — he is idolized, worshiped and envied.  This is not to say that he is the ‘good guy’ in Cobb’s play, or that Iago remains as the bad guy. In fact, there is no designated adjective placed on them. As he puts it, Cobb is “complicit” in each character he seamlessly transitions into.

As his own person, self-possession is Cobb’s way of “walking through life, knowing the space [he’s] filling in the world. Because [he’s] black and because [he’s] here, it makes the world different than many others.”

“I am an African-American man,” said Cobb. “I am telling this story through my lens. If you don’t let me do this, then you are condemning this.”

Cobb shared one of the comments he received from a spectator regarding the show; “They were laughing. I wanted to cry. They were silent. I wanted to laugh.”

That statement alone is something that those who have undergone a similar experience can relate to. Just because an audience listens to a life story that they may not be inclined to hear does not invalidate the piece.

“Until you’re in a room of like-minded people,” said Cobb, “it won’t ever get that deep.”

Throughout the seven years that Cobb has dedicated to his play, he has expressed an eagerness to finish his run. But what does he find himself doing once he decides to wrap everything up?

Cobb isn’t entirely sure on his future plans, however, being a director for the actual play, Othello, seems to be a question in the air.

Perhaps, in a later future, there will come a time when topics discussed in American Moor won’t be considered such recognizable social problems. 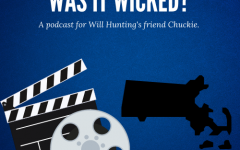