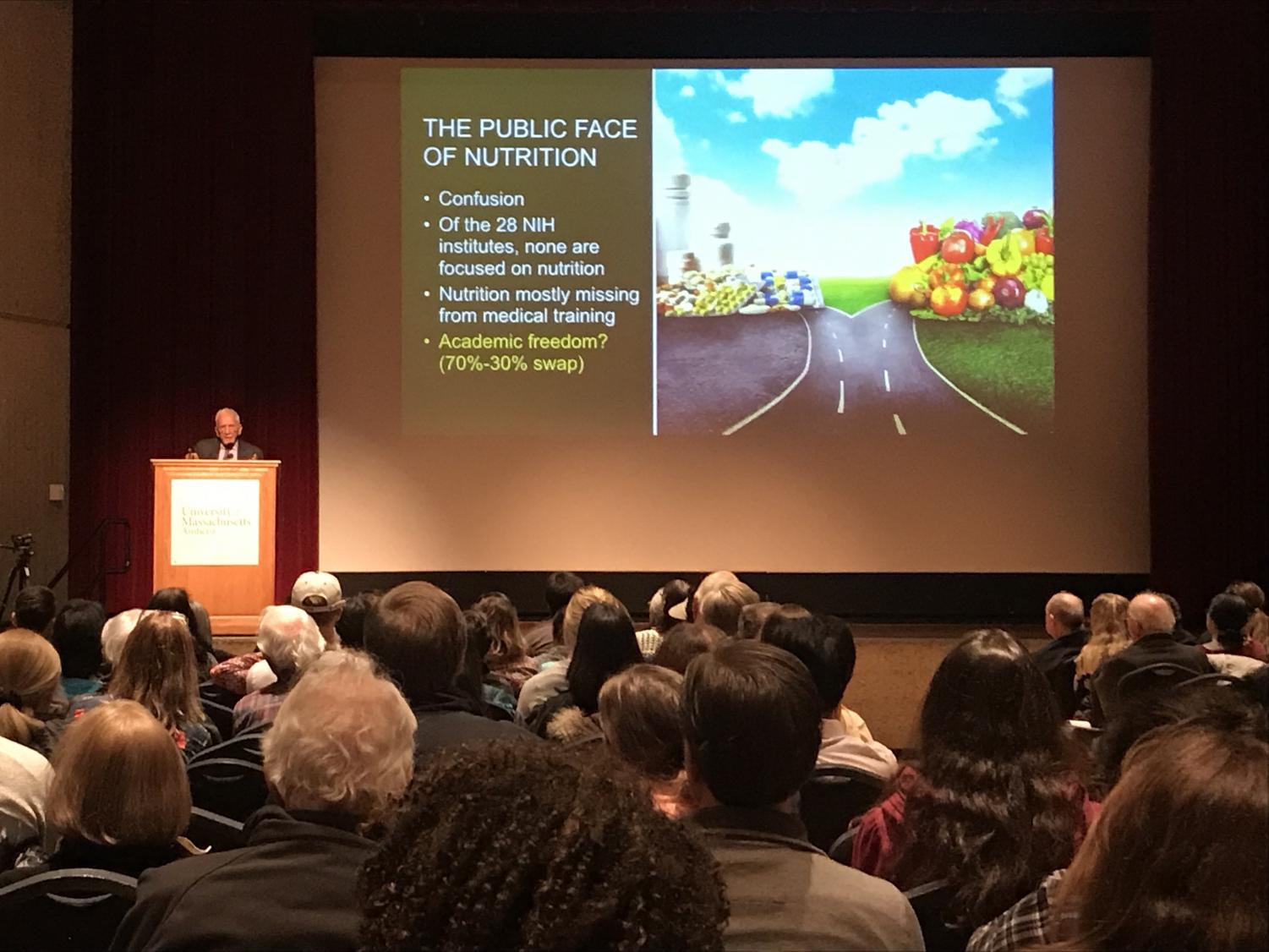 “Why is nutrition, the elegant science that can do so much, being ignored?”

AMHERST – An audience gathered in the Campus Center Auditorium munched on veggies and sipped hibiscus tea as Dr. T. Colin Campbell, a celebrity in the nutrition world, spoke about his life’s work and the importance of maintaining a plant-based diet on Wednesday.

Campbell is known for his New York Times best-selling book “The China Study,” in which he recounts the advantages of a plant-based diet that he researched during a two decade-long study in China. Campbell quickly went from being a pioneer of nutrition to a celebrity. He has also appeared in various documentaries including “Forks Over Knives,” “Planeat” and “Vegucated,” documentaries that often reference his study to promote plant-based diets.

To introduce the renowned nutritionist, Interim Dean of the School of Public Health and Health Sciences and professor of nutrition Nancy Cohen recounted her days at Cornell, where she studied under Campbell.

“He is a nutrition rockstar. We don’t have that many in our field, but we have one among us today!” said Cohen. 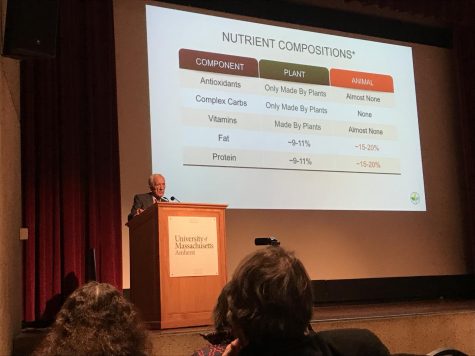 To commence the lecture, the 85-year-old Campbell brought attention to a bandage on his face. The injury came from a fall while running on hard pavement. Although he was worried that he wouldn’t be able to make the lecture, he noted that seeing his former student, Cohen, motivated him to make the trip despite the injuries.

He began by recounting his early life on a dairy farm, where he originally believed in the merit of food from animals. Campbell began studying pre-veterinary medicine, eventually completing one year of veterinary school before switching to nutrition. He never looked back from there.

Having received his PhD in biochemistry, nutrition and microbiology from Cornell in 1962, Campbell’s legacy in the nutrition world stretches over half a century. 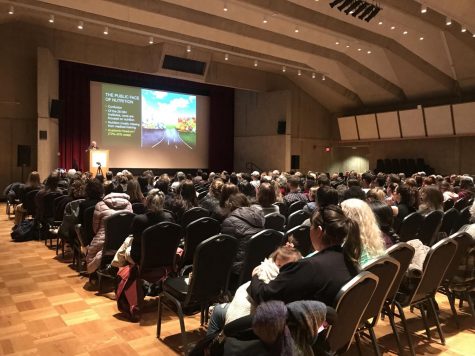 Campbell described a “turning point” when he and his team went to the Philippines to study what he called the “Protein Gap,” a systemic lack of protein in countries poorer than the United States. Over 10 years, he attempted to develop a program for malnourished children, with a focus on providing them with adequate protein.

Through various screenings, Campbell’s team found that families in the Philippines that consumed more protein had a higher risk of getting liver cancer. A smaller study on rats confirmed this theory, but he conducted his own study to solidify the seemingly outlandish results.

Campbell continued to study the subject, spending 27 years on the topic.

“Cancer starts with mutated genes, but grows only when promoted by nutrition,” said Campbell. “I say cancer is a nutritional disease, not a genetic disease.”

He continued to discuss the public’s subconscious desire for more protein, with Americans consuming an average of about 17 percent daily protein intake. This leads to a higher risk of disease, notably heart disease and diabetes.

“The minimum protein we need has been known for a long time is about four to six percent as a minimum amount, but we usually end up recommending six to ten,” said Campbell. “We do not need animal food to get our protein. Plants provide all the protein we need.”

As an advocate for a whole food plant-based diet, Campbell emphasized the numerous diseases and conditions that this type of diet has proven to suspend or reverse. These include cancers, Alzheimer’s, kidney stones and osteoporosis, among others. Unlike medications, he argued, a plant-based diet has no side effects and only benefits while having the same function as medication.

Campbell criticized the nutrition supplement industry, noting the misconception that people have about taking vitamins. He referenced a study in the 1990s, which examined the claim that beta carotene decreases the risk of lung cancer in smokers.

The study used 29,000 male smoker subjects, half of which were given beta carotene by food and half by pill. Those who obtained the vitamin by food had a -19 percent cancer rate, while those who used the pill had a +18 percent cancer rate. This solidified his stance on not just a plant-based diet, but a diet based on whole foods.

Campbell noted how the study has been recreated for various drugs and each has yielded the same results. Yet, the supplement industries continue to misuse data to promote their products.

The lecture encompassed Campbell’s main goal of his career, which “is the whole idea of trying to get nutrition understood in a way that everyone can share.”

The event was co-sponsored by the Plant-Based Nutrition Club (PNUT) at UMass and the Nutrition Department. Treasurer of PNUT, Savera Mohammed, was able to track down Campbell and asked him to come speak.

“I have been a huge fan of Dr. Campbell for a while now, especially after watching the documentary “Forks Over Knives,” said Mohammed. “To meet the person who changed my whole mindset on how diet works, that’s just crazy to me. The fact that I was able to reach out to him and get him to come here, because he’s such a big figure in the nutrition industry, is amazing.” 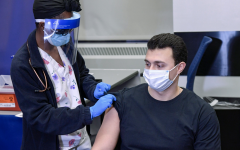