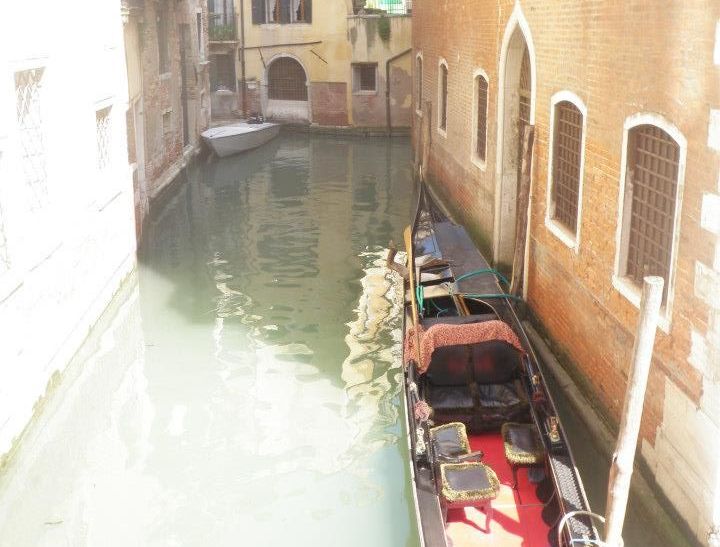 What my Italian language crisis taught me about happiness

“Are you Italian?” my friends would ask.

“Not that I know of, but my dad was adopted so I might be.”

“You could be, you’re kind of tan so you look Italian.”

My spirit would fly a bit higher every time I heard someone would suggest I was Italian. Maybe this is why when I decided to enroll in my very first college language course, Intensive Elementary Italian– I thought my genes would learn the language for me. Even though I had never thoroughly studied a language before I thought I would be able to easily pick up my native tongue.

A nine-day Education First Tour trip across Italy during my senior year of high school planted the idea in my head. In those nine days I saw the most beautiful places and people in the world. I wanted nothing more than to be a part of it, but I kept getting in my own way. An awkward American, shuffling the cobblestone streets of Florence with a camera pressed to my nose, I wanted to disappear. Even the embarrassment of ordering a sandwich and forcing a cashier to speak in English was enough to make me go without food for the afternoon.

I decided I could never return to Italy as a tourist again. If I wanted to be part of Italy’s beautiful culture I would have to do it on Italy’s terms. Who cares if I couldn’t roll my R? What did it matter that I can barely remember the names of my classmates, much less an entirely new set of vocabulary? I was determined to learn Italian, study abroad in Italy, and retire on a beachfront villa with my beautiful Italian husband.

This dream floated on with me to my freshman orientation at the University of Massachusetts Amherst where I picked my classes and decided to enroll in my first of two double-credit Italian classes.

Italian became not only the world’s most beautiful language, but also caused me to suffer from anxiety and an emotional-breakdown. I dreaded class each day, but at the time I convinced myself that my struggle to learn was normal.

With three weeks left of my freshman year I was near meltdown. My boyfriend woke me up early one morning telling me I had been thrashing and talking in my sleep. I was muttering about the amount of Italian work I had to do and how I would not pass the class if I didn’t  finish it that minute. It was a Saturday night.

Eventually I dropped Intensive Intermediate Italian for the sake of my GPA, and frankly my mental health. I met with an advisor to drop the class and she marveled at how I didn’t quit sooner. I told her I wanted to be fluent in Italian. She said that it was nearly impossible to do without immersion learning. Her eyes said she was sorry for me.

Dropping a language gave me time to pursue my other interests and so far I am a lot happier and stress-free. My ideals of learning Italian  was only an idea hatched by a begrudging tourist. I ask myself now, what was so wrong with being a tourist? Why did I have to work so hard to change who I was? I could have spent more time making myself happy with who I was, not changing who I was.

My lesson in Italian has made a roundabout trip through a sea of clichés. Be yourself. Do what makes you happy. Don’t take double-credit language courses in a language you have never studied.

It took me a number of years and two academic semesters but I finally learned that my happiness should always comes first, and so far that’s the most important thing I have learned in college.

Sarah Robertson can be reached at [email protected]