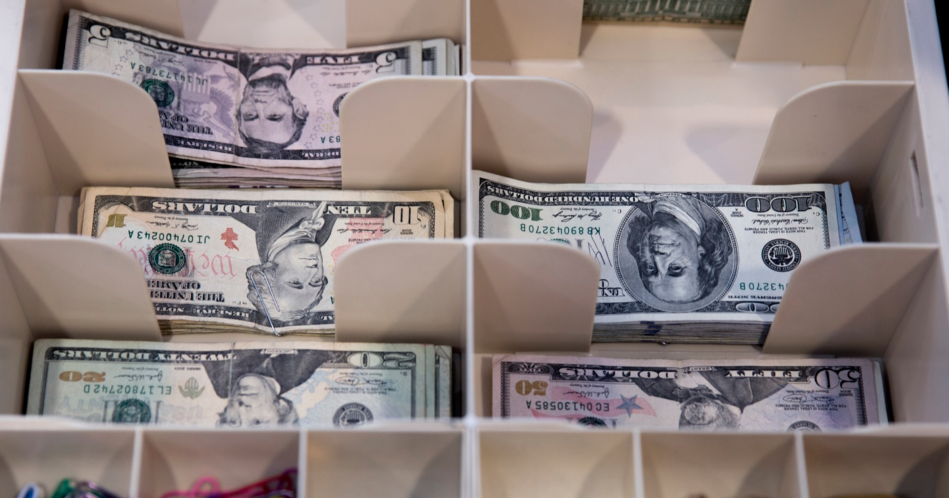 What will be the economic impact of marijuana legalization?

‘Yes on 4’ advocates and state official clash over ballot referendum

When Massachusetts State Senator Jason M. Lewis boarded a plane to Colorado in January to study the impact of marijuana legalization as part of the Massachusetts Special Senate Committee on Marijuana, he didn’t have an opinion about the drug.

By the time he stepped off the plane back in Boston 10 days later, Lewis had made up his mind.

Marijuana legalization makes sense, he now says, but a ballot question is the wrong way to do it. Lewis would rather see marijuana legalized through the state legislature. He thinks there should be a higher tax on the drug and wants to avoid the commercialization and heavy marketing of edible products.

“I went into the work of the committee with an open mind about legalization in general. At that point, there wasn’t even a ballot question that had been put forward yet. That came later,” Lewis said. “After doing all of this work, I think legalization could be done in a way that would allow consenting adults to get access to safe, tested marijuana for their own personal consumption, but without commercializing marijuana.”

The Massachusetts Marijuana Legalization Initiative — known as Question 4 — would legalize recreational marijuana. Proponents from the Yes on 4 campaign argue legalization would boost tax revenue and create jobs, but opponents worry it could be a detriment to public safety and hamper employment.

In short, marijuana legalization would bring a boost the state economy, but it would leave a number of unintentional costs in its wake.

If the question passes, the state could collect $50-60 million annual taxes and fees in the first few years of legalization, according to a Special Senate Committee on Marijuana report released in March.

But it’s not free money. Colorado and Washington — states that already legalized marijuana — struggle with unintentional costs. Marijuana is still a federal crime, so many businesses deal primarily in cash, leaving them vulnerable to theft and robbery. Additionally, federally-mandated drug tests by employers could leave legal users without jobs.

According to the Boston Globe, legalization would make the state a Northeast hub for pot tourism. Beyond that, companies could start offering niche products like iRollie — the smartphone cases that makes it easy to roll joints on the go. The product was created by University of Massachusetts Amherst student Joe Khoury.

If the referendum passes, retail sales of marijuana would be subject to the state sales tax at 6.25 percent. The referendum tacks on an excise tax of 3.75 percent, and a community could impose an extra tax up to 2 percent, the question states. That brings the total tax on marijuana up to 12 percent.

Of those revenues, Approximately $20-25 million would be directed into a marijuana fund to cover regulation and licensing of marijuana businesses. The state would deposit the rest in the general fund.

Lewis says the proposed tax rate is “irresponsibly low.” In Colorado, the tax rate on marijuana is close to 30 percent. It is over 40 percent in Washington.

“It should be voted down and we should go back to the drawing board and write a legalization bill that prioritizes public health and public safety over profits,” Lewis said.

It should be voted down and we should go back to the drawing board and write a legalization bill that prioritizes public health and public safety over profits.”

Dick Evans, a Northampton lawyer and chairman of the Yes on 4campaign, argues Lewis hasn’t done his homework on the tax rates. Evans had a hand in writing the ballot referendum and argues that a higher tax will only encourage people to continue dealing pot illegally.

“Experts says because the tax rate of legal pot was so high, it made it possible for the black market to flourish in Colorado. We kept the tax a bit lower, about half of the Colorado figure, for that very reason,” Evans said. “It’s a wise move.”

In Colorado, marijuana legalization has generated $87 million in annual taxes and fees. Colorado sends 40 percent of that revenue to the state’s school building fund. If revenues continue to grow, Colorado — which had a population of about 5.3 million people in 2014 — could collect around $125 million in taxes and fees this year, the report said.

According to Pot Guide, a Colorado-based website, the industry generated $26 million less than they expected during the first year of legalization. An active black market was to blame, officials said.

Lewis counters that argument, saying the tax is simply too low to bear the brunt of public health and law enforcement costs legalization would bring to Massachusetts.

“Because the tax is so low, it likely won’t generate enough revenue to cover all of the costs that state and local cities and towns would have to incur in terms of the regulating and the licensing of this industry, public health costs, public safety costs and agricultural costs,” Lewis said.

According to Evans, the cost of implementation in Colorado was about $20 million. That’s less than a quarter of the tax revenue marijuana generated, meaning there was plenty of money to cover implementation, Evans said.

Lewis says the referendum focuses too much on the commercialization of marijuana. He would rather a bill that focuses on regulation in the public’s interest.

According to nonpartisan political website Ballotpedia, more than $5 million has poured in on either side of the debate.

Ballotpedia says the Yes on 4 campaign raised more than $3.6 million in their fight for legalization.

Big donors include Susan Ruiz, who gave $150,000 to the campaign. Ruiz was arrested on drug charges in 1999, though her husband told the Globe the gift was strictly philanthropic and unrelated to that charge. Travel writer Rick Steves donated $100,000 to the campaign and launched a media tour with stops across the state in favor of legalization.

Las Vegas Sands Corporation CEO Sheldon Adelson told the Boston Globe last week he donated $1,000,000 to the opposition campaign. That sum will show up in campaign filings next week, according to the Globe. Adelson, a billionaire, often donates to Republican political candidates and causes, as well as efforts to squelch addiction.

With his wife, Adelson founded the Adelson Clinic in Las Vegas in 2000 to provide treatment and counseling to those battling opiate addiction.

WBUR reports the majority of opposition funding comes from the healthcare and alcohol industries. The Wine and Spirit Wholesalers of Massachusetts donated $50,000 and the Beer Distributors of Massachusetts gave $25,000, according to WBUR.

Massachusetts State Senate President Stanley C. Rosenberg, D-Amherst, came out in favor of legalization last week, according to the Boston Globe. Rosenberg told the Globe he hopes the legislature can “perfect” the bill with changes to the tax rate, regulation and education. He hopes the state can create a framework for drugged driving.

Jim Borghesani, communications director for Yes on 4, says Massachusetts needs Question 4. State attempts to keep marijuana out of communities have failed, he says.

“This initiative will benefit the people of Massachusetts because they will finally see revenue from a market that has existed for decades and has been entirely subsidized by taxpayers,” Borghesani said. “Yes, there will be new businesses that are creating jobs and profits, but that’s the way it is in every other business.”

The state should regulate marijuana to squash an existing “black market,” Borghesani says. According to Borghesani, the black market is comprised of drug dealers selling marijuana illegally.

“We’re putting it under the control of state regulators and local authorities rather than keeping it in complete control of criminals and free dealers,” Borghesani said.

Marijuana use is still a federal crime, and that complicates how businesses handle money. Federally mandated banks won’t take the money because they worry about being charged with money laundering. Major credit card companies are reluctant to get on board for the same reason.

As a result, sales are often done in cash. Sometimes, cash attracts theft.

In Colorado, 70 percent of marijuana businesses work with a bank. The other 30 percent only deal in cash.

Travis Mason, a 24-year-old security guard at the Green Heart marijuana dispensary in Denver, was shot in the head during an attempted robbery earlier this month, according to the Denver Post. Mason worked at Green Heart for only two weeks before he was killed.

But a Colorado Public Safety report published in March says crime is not on the rise. Since legalization, the number of industry-related crimes has remained stable and makes up a small portion of crime in Denver. The most common crime is burglary, which accounts for 62 percent of crime in that industry.

“There has been concern that, due to the cash-only nature of the industry, robbery would be prevalent but this has not proven to be the case,” the public safety report said.

Banking aside, federal laws could have an impact on employment. According to the report, the Massachusetts marijuana industry could employ tens of thousands of people. Many jobs would go to workers in low-skilled agricultural and retail jobs. In Colorado, about 20,000 people work in the marijuana industry.

But marijuana use could hamper employment for those who use it — even legally. A private employer in Colorado may drug test and dismiss employees for positive tests, even if they use marijuana legally. If a company fires an employee for marijuana use off the job, the company would be punishing the employee for a non-offense.

In Massachusetts, the law is unsettled. A woman with Crohn’s Disease was fired last year for using medical marijuana, even though medical marijuana use is legal in the state. The employment discrimination lawsuit she filed is still pending, according to the report says.

According to Evans, these state legalization struggles won’t last long. He predicts the federal government “will see the writing on the wall” and legalize marijuana.

“It’s not going to be easy. This is that awkward interval between prohibition and legalization. The problems we see will keep popping up until the feds come around the right side of justice, science, common sense and history,” Evans said. “Federal prohibition is very short-lived, I think.” 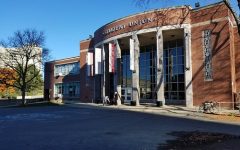 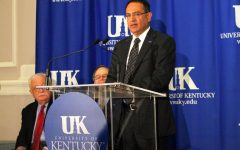 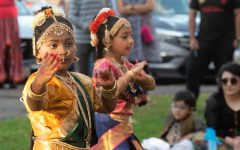 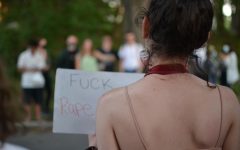